Cam Thomas was the talk of the town after the Nets clashed with the Los Angeles Lakers. However, there were still a lot of things to improve and discuss for both sides.

Knowing that numerous stars would be out with injuries or resting, the preseason will be good to scout diamonds in the rough. We got that in Cam Thomas and more. Read down below to see the biggest takeaways from Lakers v. Nets.

Going into the clash with the Lakers, not many figured Brooklyn’s rookies, two-way players, and benchwarmers would outplay a semi-decent Lakers squad. But, to many people’s surprise, they were able to demolish the Californian team, 123-97. LSU guard Cam Thomas stole the show with his dizzying array of spin moves, jabs, and jumpers. His 21 points, 4 assists, and 2 rebounds helped the Nets earn their first preseason win.

However, everyone else did well too.

The Nets’ performance can be chalked up as nothing more than outstanding. Although it might not matter as much as the Nets’ season opener, it gives a good indication of where the Nets are as a team.

This year’s Summer League MVP and Summer League-leading scorer finally got a chance to prove himself against hardened players fighting for a roster spot. The LSU guard did not disappoint, putting up stellar numbers en route to a victory at Los Angeles. He finished with a game-high 21 points on a 50% field goal percentage and 1/3 shooting from the arc.

It only helps that he was able to nab four rebounds and two assists along with his scoring outburst. The Yokosuka native has earned praise from Steve Nash. Alongside the praise came criticism. Nash stated that Thomas needs to improve on his defensive and playmaking in order to gain serious minutes.

It’s unlikely that Thomas can’t become the complete point guard that Nash wants him to be. If we’ve learned anything from his Summer League performances, it’s that Thomas is a quick learner and will become a dangerous point guard in the NBA.

However, Cam Thomas had his match set out for him against Kentucky alum Malik Monk. Previously the 11th pick in 2017’s NBA draft, Monk had a less illustrious career than many wanted. That didn’t stop him from rebooting his career by signing with the Lakers. What could’ve been with the Charlotte Hornets hopefully wouldn’t be the same in Los Angeles.

In his first game in yellow, Monk posted decent numbers. His team-high 15 points were the highlight for many Lakers fans. He earned a good chunk of his points beyond the three-point arc; he shot 3/6 from range. He attempted twelve field goals and scored six of them.

If Monk continues to shoot and attack as he did against the Nets, he’ll be pretty scary to score on as well.

Although Cameron Thomas and Malik Monk dominated the news, the night was marred by controversy. Dwight Howard was involved in numerous semantics. He fouled out(earned six fouls) within 13 minutes of the game. Not only did Howard foul out, but he was goaded into a technical by Nets star James Harden(while Harden was on the bench). On top of that, he also received a flagrant for an accidental elbow to Day’Ron Sharpe’s face.

Although it’s just an ordinary preseason game, Dwight Howard will need to control his physicality if he can secure a rotation role. Howard’s second stint with Los Angeles will be marred by ejections if he can’t keep his fouls under control.

After the game, Anthony Davis had some choice words on his team’s preparation strategy.

“We’re way behind. Getting movement on offense. Quality shots. Defensively talking, getting our schemes right. Rebounding, very huge. We’re not boxing out. That was the main takeaway.” Davis told SI.

The Lakers are lucky they sniffed out their weaknesses easier way. Lakers coach Frank Vogel has things to improve on, per the Los Angeles big man. If the Lakers don’t improve against the Suns, then Lakers fans could have the right to be concerned about the upcoming(or impending) season. 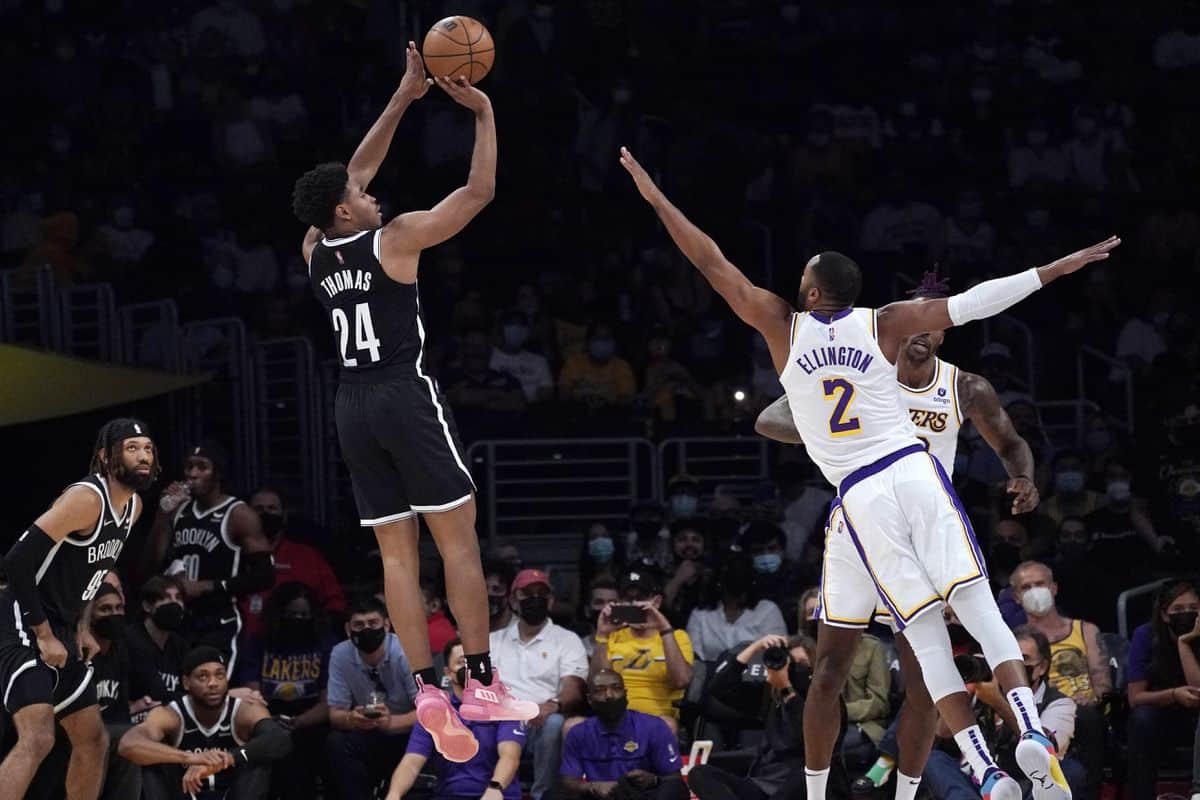