Maurizio Sarri, former Juventus manager was hired by Lazio to be their head coach on June 9, 2021, replacing Simeone Inzaghi, who left the club to join Inter Milan. Sarri had a breakthrough season at Napoli but has not been able to replicate it since. Even though he didn’t win any trophies with Napoli, he led his team to a 2nd placed finish just behind Juventus in Serie A during the 2015-16 season and the style of football his team played was very attractive and positive.

Sarri-Ball is the name given to the style of football Maurizio Sarri likes his team to play. He prefers the 4-3-3 formation and has used it the most in his career. His team changes its shape to a 4-5-1while defending and aims to cut off passing angles. They defend in a high line and press aggressively to force the opposition into making errors. Maurizio Sarri likes his team to progress the ball forward vertically with quick incisive passing and to retain the possession if a forward pass isn’t available.

While building out from the back, the single-pivot drops slightly deep to facilitate ball progression. It pulls the opposition midfield towards them which in turn gives their own attacking midfielders more time on the ball. The wingbacks are also a wider option to pass the ball to if progression through mid isn’t possible. The team changes its shape to a 2-1-4-3 while attacking with wingers cutting in and wingbacks providing width.

Why Sarri-Ball failed at Chelsea and Juventus?

Sarri-Ball requires a certain level of technicality from the players of the team. At Chelsea, the Center-Backs David Luiz and Antonio Rudiger and the single-pivot Jorginho were not comfortable passing between themselves to outplay the pressing and often made mistakes. In attack, the main criticism of Sarri-Ball was its inability to break down low defensive blocks due to the poor movement of the players off the ball. The other teams started to exploit this weakness of Chelsea by not pressing them and sitting in a low defensive block knowing they will not be able to break them down. Defending Set-Pieces were also a weakness and the high line and wingbacks pushing high made the team vulnerable to counter-attacks.

At Juventus, injuries played a major part in Maurizio Sarri’s failure. He wanted to use a front 3 of Douglas Costa, Cristiano Ronaldo and Paulo Dybala. But injuries to Douglas Costa and Matteo De Sciglio meant that he had to convert Juan Cuadrado who was the obvious replacement for Douglas Costa to a right-back and hence was forced to change formation to a 4-3-1-2 diamond which he used at Empoli to accommodate Gonzalo Higuain or Aaron Ramsey along with Cristiano Ronaldo and Paulo Dybala.

And due to the absence of wingers in this system, it disrupted the midfield shape. The midfielders had to go further forward to provide width and help the attack which resulted in fewer passing options for Pjanic who was the single pivot of the team. It resulted in his decline as most of his passes were backwards and hence his key passes and progressive passes decreased overall with only his passes into the final third increasing.

Also, the burden of scoring and creativity was mostly on Cristiano Ronaldo and Paulo Dybala’s shoulders as Aaron Ramsey and Federico Bernardeschi struggled to find their form. The Juventus squad was ageing as according to fbref.com their squad’s average age was 28.6 while the Serie A average age was only 26.7. Therefore, the players didn’t have the engines anymore to press continuously for a long time and the high press became ineffective and it only resulted in the tiring of his own players.

Can players at Lazio adapt to Sarri-Ball?

Lazio players can perfectly execute Sarri-Ball and the only missing link is a quality right-winger to play alongside Angel Correa and Ciro Immobile who will most probably play as a left-winger and striker respectively. Felipe Caicedo and Felipe Anderson can play on the right-wing but Sarri will definitely need more quality in that department. Midfield trio of Luis Alberto, Sergej Milenkovic Savic and Lucas Leiva would remain the same with Lucas Leiva playing as the single pivot most probably and the other two playing ahead of him. It is a very technical and high-quality midfield capable of making forward passes and will play a major part in Maurizio Sarri’s Lazio.

The Left Back and Right Back roles will be occupied by Dimitrije Kamenović and Manuel Lazzari respectively while the centre back pairing of Francesco Acerbi and Luiz Felipe will provide Maurizio Sarri with two defenders who are quick and very good with the ball on their feet and hence capable of playing the Sarri-Ball. This Lazio team consists of players with high work ethic and hence are capable of pressing the opposition and forcing errors out of them which is a major part of Sarri-Ball. Their goalkeeper Thomas Strakosha is also good with the ball on his feet and capable of sweeping balls behind their high defensive line.

Check out the preview for EURO 2020 final here. 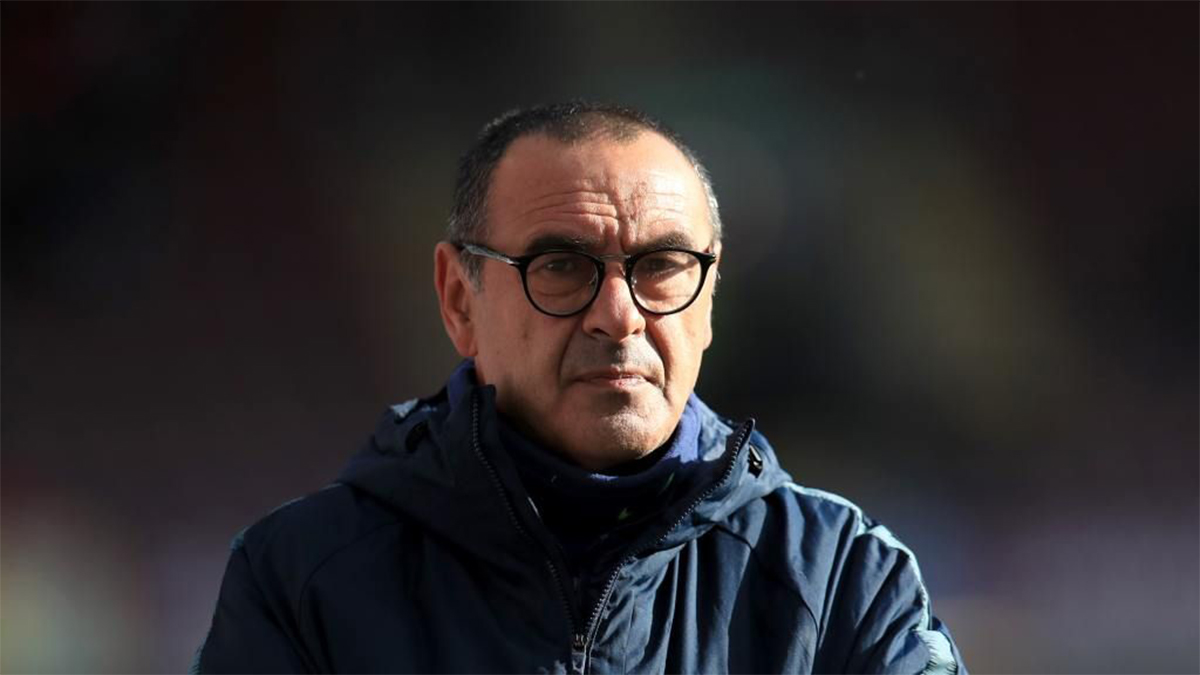