Be Ready, the much anticipated D-Day has finally arrived, the day when the fates of both our Euro 2020 finalists will be decided who will be crowned as the Champions of Europe and get to lift that prestigious trophy and who will be the one falling short on the very final deciding day, it’s all beckoning us tonight.

It will be another classic under the Wembley arc as the Three Lions host the mighty Italians. The final would be some prospect with jam-packed Wembley at its full capacity and it’ll be a no different view from the outside with English fans blocking the roads and hotels.

The pressure will be on England it’s been a long and arduous journey for them, the 55-year drought without featuring in any major International finals is finally over now the sights are set on the ultimate trophy. The case is not much strong for the Italians either as they are on a 53-year barren run without winning any major trophy.

England resisted a major shock in the Semis, as they were trailing 1-0 with Damsgaard scoring a beautiful free-kick which caught everyone by surprise but England soon restored the parity with Denmark captain Kjaer, unfortunately, putting the ball into his own net before Kane scored the rebound from a dubious penalty in the Added Extra Time to send the Wembley crowd crazy.

Whereas Italy made it very dramatic as they took the game into penalties after very much dominated throughout the match but the experience lately shone off in the penalties with Jorginho scoring the deciding penalty in his trademark style.

Both teams are running hot at the moment, Italy hasn’t lost a game in the last 34 games, a win would make them equal to the record set by Brazil and Spain for the longest unbeaten run in international football of all time. England are also unbeaten in the previous 12 games in all comps winning 11 and drawing once.

Historic facts from the clashes between England & Italy

England winger Phil Foden may miss featuring in the Euro final, the Manchester City winger has picked up a minor foot issue and has also missed the training session before the match, though Southgate confirmed that was only as a precautionary measure it’s highly susceptible he’ll make the bench. Anyways, if England does win the final he’ll be one of the favourites to earn the Uefa Golden Boy award. Apart from Foden, Southgate has no injury worries and have a fully-fit squad to pick from.

All eyes will be on Gareth Southgate, which formation will he pick the England manager have tried both back-three and 4-2-3-1 setup However there are reports that suggest the England manager will keep faith in the 4-2-3-1 which worked for him excellently till now.

Despite Jordan Henderson putting up excellent displays after coming off the bench and pushing hard for a starting birth, it’s expected Southgate won’t be harsh on Phillips and will pick him ahead of Henderson, who’s expected to come as an early substitute.

There’s always a question who’ll Southgate pick on the right-flank with a multitude of options in front of him, but after observing throughout the tournament we can say that Southgate considers Grealish as a trump card an X-factor who can kill the game when opposition legs get tired also Saka gives more defensive cover than Grealish which is always preferred by Southgate.

On the other hand, Italian head coach Roberto Mancini has no fresh injury concerns, Spinazzola’s absence hurt the Azzuri’s in the Spain game Emerson looked very much out of the picture on that side.

Mancini will go with a 4-3-3 preferred throughout the tournament with Verraiti, Jorginho and Barella as a midfield trio, I would have preferred Locatelli to start ahead of Verraiti in the game against Spain as he’s a more robust and energetic player needed alongside an erratic Barella to make them pacy and quick on transitions.

But in this match, they would require the incision, cleverness and playmaking abilities of the Jorginho-Verraiti duo to orchestrate the play and dominate against a very inexperienced midfield of Kalvin Phillips and Rice. Dubbed as “the Wolf” for his cleverness, calmness and attitude, Jorginho becomes a key player for the Azzurri’s if they want to lift that precious silverware.

Despite in poor form, Immobile will keep his place ahead of his deputy Andrea Belotti. Insigne and Chiesa will feature on flanks. Chiesa scored a stunner against Spain a wonderfully taken goal by the Juventus star.

Though I have some doubts about England getting past the knockout stages with heavyweights in the tournament, now all those have cleared and I’m backing England to rise on the occasion to win it for the English fans. I predict a 2-1 win for the Three Lions with Mount and Henderson netting goals before Chiesa picking up a late goal to give a late scare but there would be jubilation for the English fans and not frustration after the final whistle blows.

England’s backline will have to be on their toes and try not to concede the first goal due to any mistake or loss in concentration because their attackers are coming up against an experienced defensive wall in Chiellini, Bonucci screening probably the best shot-stopper in the world in Donnarruma, it’ll be very hard to get past them.

After Kane scored the fortunate penalty on a rebound against Denmark many English fans would believe the karma is on their side this time and it’s really coming home and not going to Rome, well that remains to be seen but one thing is for sure it will be a thrilling encounter as both teams are in remarkable form right now.

Do let us know your predictions in the comments below and for more updates follow the community on our Forums. 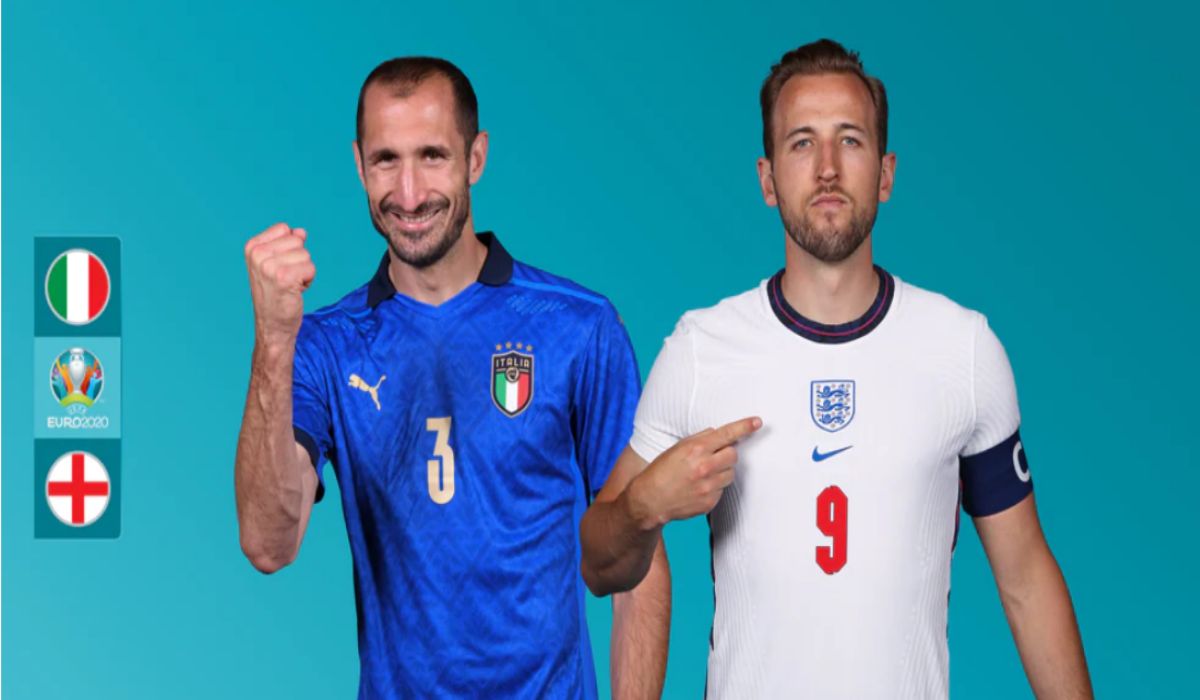