In a refreshing change of pace, a small number of fans were allowed in the Apex Center for this week’s edition of UFC Fight Night. Earlier this year, the organization began holding pay-per-view events in front of sold out crowds, but the fights at the Apex Center were devoid of fans. It was nice to see bleachers with onlookers and to hear the reaction from those in attendance as the fights took place. Islam Makhachev vs. Thiago Moisés was an entertaining bout and the other performers on the main card provided quality performances as well. Without further ado, let’s get into it!

The praise heaped upon Makhachev entering the fight was enormous. He hails from the same city as former champion Khabib Nurmagomedov; the legend has now become his trainer. Some pundits are saying Makhachev has a chance to be as good a fighter as his mentor. If that’s the case, the world is witnessing the birth of another legend.

In round one, Makhachev and Moisés exchanged high kicks before eventually locking arms against the cage. The two men seemed to be about equal in strength and neither of them was able to establish a clear advantage. Makhachev went to the clever maneuver of kneeing his opponent and those blows seemed to cause Moisés to lose concentration. Makhachev then used this momentum to score a takedown but the round soon ended and he did not get a chance to capitalize.

In round two, Makhachev decided to build upon the success he had late in round one. After scoring an early takedown, he established the dominant grappling position on the mat and refused to relinquish it. Round three looked almost like an instant replay of round two. Thiago Moisés seemed to have no answer for Makhachev’s takedown maneuvers. His reputation as an elite wrestler also proved to be true as Makhachev dominated the action once the two men hit the mat.

In round four Makhachev switched things up and started with a striking combo to start the round. This caught Moisés off guard as he was not prepared for his opponent to change strategies. However, after landing the momentum shifting blows, Makhachev then went back to his strength and scored another takedown. This time he was able to maneuver his way into a chokehold and force Moisés to tap out. This was an impressive win for Makhachev and he certainly looks like a future champion in the lightweight division. It’s not a matter of “if” but “when.”

Prior to the fight, Reneau confirmed the suspicions that this would be her final time stepping into the octagon. The dynamic leading up to the fight was unique; Reneau is 44 years old and her best days in the sport are clearly behind her. On the other hand, Tate is returning to competition after a hiatus that has lasted nearly five years.

In the opening round, both fighters relied on defense and did not get aggressive with strikes or kicks. Near the end of the round, Miesha Tate scored a takedown which affectively tilted the round in her favor. She used the momentum from the end of round one to help her establish an advantage in round two. After scoring another big takedown, she began to ground and pound Reneau which caused her to start bleeding heavily from the nose.

In round three, Tate mounted Reneau from behind and began pummeling her with strikes. Reneau rolled over on her stomach and was too fatigued to defend herself. The referee was left with no choice but to stop the fight.

Mateusz Gamrot wasted no time in taking control of this fight. He scored an early takedown against Stephens and then proceeded to put his opponent in an arm-bar. Stephens was forced to tap out or risk a broken arm or shredded shoulder. The fight lasted just a little longer than a minute. Stephens is a respected veteran in the sport and this win by Gamrot will boost his profile immeasurably.

Stoltzfus showed that he is a versatile fighter who can harm his opponent in a multitude of ways in round one. Not only did he do a good job of mixing things up with strikes and kicks throughout the round, he used a flying knee to send Vieira to the mat just before the bell sounded to end the round.

Vieira tried to make his presence known at the beginning of the round by scoring an early takedown of his own. Stoltzfus was able to fight out of the takedown and responded with some quality striking. Vieira then landed a blow that opened a cut over Stoltzfus’ forehead.

In round three Vieira began with an early takedown of his opponent. Later, he was able to mount Stoltzfus from behind while he was still standing up. While establishing a chokehold, Vieira simultaneously slammed his opponent to the mat in a very impressive maneuver. Stoltzfus immediately tapped out; the chokehold could have been dangerous if allowed to continue for much longer.

Quarantillo started the round by landing an impressive overhand right. The next minute or so of the round was uneventful but Quarantillo broke up the monotony with another resounding right hand. He dominated the remainder of the round with a triangle slam, a series of ground and pound strikes and an attempted chokehold.

Quarantillo started round two with another takedown. Benitez wanted to show that he was still in the fight and put forth the effort to fight to his feet. However, the referee paused the round to ask the fight doctor to look at Benitez’s left eye; it appeared the eye socket may have been fractured. After the doctor decided Benitez could continue fighting, Quarantillo responded by dominating the remainder of the round with more strikes.

Benitez had his best moment of the fight early in round three when he put Quarantillo on the mat with an overhand right. However, Quarantillo was not discouraged. He regained the dominant position while grappling and returned to his strategy and pummeling Benitez with strikes. When it became clear that Quarantillo was focusing on Benitez’s damaged left eye, the referee was left with no choice but to stop the fight.

Islam Makhachev is a rising star. in a sport where fighters are increasingly fighting until age 40, the 29 year old from Russia has a lot of great moments ahead of him. He is being trained by one of the legends of the sport; the rest of the lightweight division should be very concerned.

Miesha Tate did something unheard of; she made a successful comeback in professional sports after a five year absence. In her post-fight interview she stated she wants to once again become champion. It will be interesting to see if she can make that dream a reality.

The UFC returns to the Apex Center next week for another edition of Fight Night. As always, we’ll have all the latest updates available right here at World In Sport! 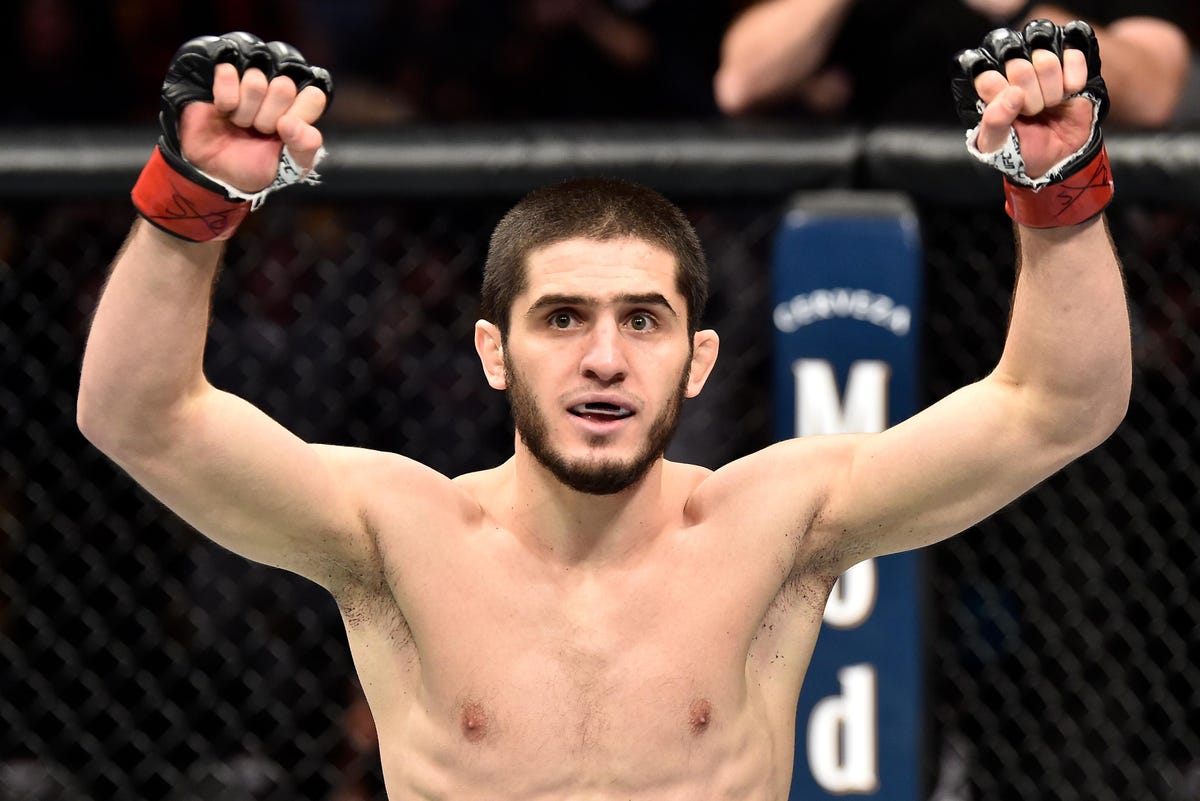