On the eve of the 2022-23 NBA season, the Philadelphia Sixers have seemingly gone under the radar as title challengers from the Eastern Conference. Often overlooked for the likes of the Boston Celtics and the Milwaukee Bucks, the Sixers have all the tools to make the NBA Finals.

40 years is a long time. 40 years in sports, where narratives change so quickly (remember when Julius Randle won MIP?!), is even longer. The 1982-83 NBA season was the last time the Philadelphia Sixers won the NBA Championship.

That year a Sixers team led by the greats of ‘Dr J’ Julius Erving and Moses Malone won the Larry O’Brien trophy for Philadelphia. Since then, all-time greats such as Charles Barkley and Allen Iverson have tried but failed to emulate the team of 82/83.

Yet now in the present, led by Joel Embiid and James Harden, general manager Daryl Morey has assembled the Sixers best team in a long time. Here are the reasons why this could be the Sixers year.

Could this be the year Embiid wins MVP?

Any title aspirations of the Sixers have fallen at the feet of Joel Embiid. The four-time All-NBA Second team center is one of the top five players in the whole league, and a close second to Giannis Antetokounmpo as the best player in the Eastern Conference. Having come second in MVP voting the past two years to Nikola Jokic, Embiid will be seeking to go one better this year.

After becoming the first center to lead the league in scoring since Shaquille O’Neal in 1999-00. Embiid only needs to produce at the rate he did last season, also managing to be healthy for 65-plus games to be the MVP frontrunner. Voter apathy is likely to rule Jokic out unless he breaks even more records, thus making it a probable shootout with Giannis Antetokounmpo.

Embiid is an offensive juggernaut, possessing an encyclopaedia of post moves, he can get whatever shot he wants when in the paint. Embiid’s ability to score on three levels is reflected in his 2021/22 scoring record, averaging 30.6 ppg across 68 games.

He is also an elite paint defender, standing at 7 feet with a 7 foot 4 wingspan, he is able to disrupt opponents’ shots at a high level. This is seen in the analytics where last season he was top ten in defensive box plus-minus and top four in defensive win/shares, a truly dominant individual on the defensive end.

Until a freak orbital bone fracture during the playoffs, last season was Embiid’s healthiest in the league. In the seven years prior to the 21/22 season, he had never played more than 64 games, often side-lined with a litany of injuries.

If Embiid can remain healthy throughout the upcoming season, the Sixers should automatically be recognised as title contenders, since in most matchups particularly in the East (barring the Bucks) Embiid will be the best player on the court.

A Full Season of James Harden

2022 is the year Embiid finally got an elite secondary scoring option, with James Harden arriving from Brooklyn via trade for Ben Simmons. Harden’s performances for Brooklyn and his lacklustre efforts in the playoffs for the Sixers suggest his prime Houston Rockets self is long gone, but he remains a capable secondary option on a championship-contending team.

Hampered by a hamstring injury during the 2021 playoffs, Harden seemingly lost his explosiveness, which was a key staple in his prime. In recent press conferences, he has talked about this summer is the first time in a year and a half in which he has been healthy, focusing on losing weight and building muscle mass. Could we perhaps see a return to the Houston Harden?

It may be too early to predict that, but a healthy Harden is a huge plus for the Sixers. He may have lost some of his explosiveness, but he remains an elite three-level scorer, drawing double teams, while he has sharpened his playmaking in recent years, averaging ten assists per game over the past two years.

Harden and Embiid have established a dominant partnership. Their proficient pick-and-roll game and ability to attract double teams, meant last season when on the court together the Sixers outscored their opponents by 15.5 points per 100 possessions. With both fit heading into the new season, they should be enough to win most regular season matchups in the East.

Embiid’s health may be the decider whether they can truly win, but it is outside their best two players that the Sixers improved themselves from playoff hopefuls to expected title challengers. Tyrese Maxey’s career progression suggests he should have a borderline all-star year as the tertiary player on this team. Last season he averaged 17.5 ppg with 4.3 assists on 48% shooting. A fast, shoot-first guard, with playmaking abilities, makes Maxey the perfect understudy to Harden who can take over when Harden is off the court.

The biggest weakness for Sixers last season was their depth. Doc Rivers insistence on playing five bench player line-ups during games was a key area in which the Miami Heat were able to take over their series and send the Sixers home. During the off-season Harden opted out of his $47 million dollar player option, to sign a team-friendly deal, allowing Morey to sign important role players.

These incomings have bolstered the Sixers squad and bench to one of the best in the league. Acquiring Tucker from the Heat, weakens a conference rival, while also giving the team some much-needed size. This is necessary as aside for Embiid, the Sixers struggled with rebounding and defending forwards/centers when Embiid was off the court.

Tucker’s tenacity as a defender will be extremely valuable. His ability to play center will allow Doc Rivers to rest Embiid during the regular season, and possibly experiment with some interesting small ball line-ups.

Harrell like Tucker will provide the team with some much-needed rebounding, he also should form a good pick-and-roll partnership with Harden and Maxey. House Jr provides a solid wing option, with the ability for spot-up shooting, a key skill when playing with Harden and Embiid due to their knack of creating open looks for others.

De’Anthony Melton is a great addition, a tenacious defender, who alongside Matisse Thybulle will cause offensive guards and wings major issues. The two led the league in steal percentage (rate of times an opponent’s possession ended in a steal against them) last season, proving the nightmare potential their opponents will face.

The Sixers have come out of the summer a more rounded and deeper team. Tobias Harris is a solid fourth option, while the likes of Thybulle, Paul Reed, Georges Niang and Furkan Korkmaz with the new acquisitions, will be able to play to their strengths in more comfortable roles.

What are the Sixers weaknesses?

Ultimately the two biggest factors weighing against the Sixers are their teams’ health and Doc Rivers.

The health of key players has already been touched upon, but their coach Doc Rivers has not. A championship winner with Boston in 2008, this current Sixers roster is not Doc’s first loaded team in the past 15 years. In fact, Rivers has been at the helm of some of the greatest assembled rosters that failed in the playoffs. His Clippers teams between 2014-17 and 2020 capitulated under pressure when they were clearly the more talented team in each scenario.

Rivers has come under scrutiny in those campaigns and with the Sixers, for his inability to alter tactics mid-game. This was exampled in the Sixers sorry elimination to the Heat last season, where Rivers kept rolling out an all-bench team, who were continuously overwhelmed on rebounds and lost any hold in the games.

The Sixers are strong enough and deep enough for Rivers coaching deficiencies to be a non-factor in the regular season but come the playoffs, the microscope will be on Rivers and whether he can make the most of this talented roster he has at his disposal.

The blocks in the way of success for the Sixers may be large, but this team led by Joel Embiid and James Harden, should not be underestimated when predicting who will win it all this season. Expect the Sixers to have one of the best records in the East (50-plus wins should be a guarantee) and a deep run in the playoffs, if everything runs smoothly.

And maybe, just maybe could they bring the NBA championship back to Philly for the first time in 40 years. 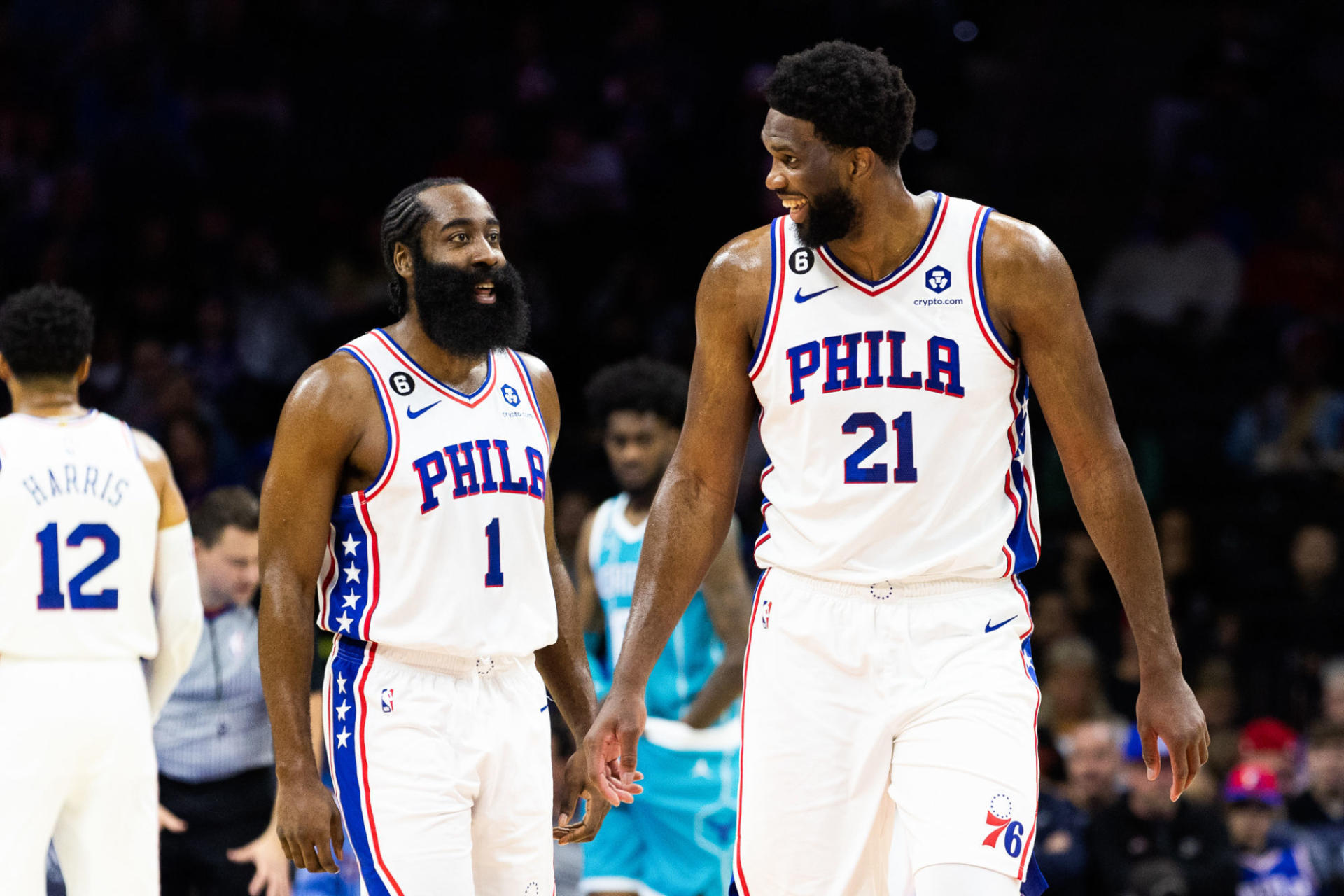