‘Most Disrespected’ is a series in which we will look at some of the players in world football who is, as the title says, disrespected by fans and media alike – and who don’t deserve to be. In the second edition of this series, we look at another of the game’s most polarising figures: often controversial, often frustrating, but surely one of the best players of the modern era, if not all time – Neymar Jr.

Why don’t people rate him?

Away from football, it’s easy to see Neymar as a flashy, arrogant, ‘typical footballer’ type. Many fans around the world hold that against him, with calls to simply focus on football, and a more scrutinous eye cast over him than perhaps any other player in the world. Extravagant clothing, brand deals with companies such as Poker Stars whose focus is clearly away from football, and a love for partying are all things that would’ve been celebrated around a player such as Ronaldinho, but for Neymar, it simply brings more disdain.

His move to PSG, and the money involved in it, brought yet more criticism, with fans slating the Brazilian with claims of him being money-hungry and arrogant, caring more about the money than the game. Taking himself away from the trio with Lionel Messi and Luis Suarez which had been so prolific and so loved at Barcelona, into a deal which made him the world’s highest-paid footballer, was not easy for people to understand nor respect – just as it would not have been an easy decision for Neymar himself to make.

Then comes his actions on the pitch. A tendency to exaggerate contact when being tackled, drawing fouls when perhaps other options were better, and the exaggerated pain that comes with the contact – often screaming and rolling on the floor – all build up a level of frustration from the average fan who will only see clips of this sort of thing on Twitter, rather than a full 90 minutes of his on-field brilliance.

English fans are particularly critical of Neymar, with the typical accusatory tone levelled at players such as Neymar and Messi being ‘he wouldn’t be able to do that over here.’ English football fans tend to only appreciate players who are right in front of their eyes. The likes of Eden Hazard, Sadio Mane and Mohammed Salah are all often compared to Neymar, as they have been in the spotlight of English fans and media – despite none of them coming close to him in terms of numbers, achievements, or simply raw footballing ability. He is disliked in some cases simply because his brilliance is not on direct display for them to see – you’ll always see clips of things he does wrong, such is the modern social-media-influenced generation of football fandom, but rarely will people watch the impact Neymar has on a game, not only with flashy tricks and skills but with a tireless desire to get on the ball and make things happen.

The best of a generation

Neymar’s career trajectory has been unlike any we’ve seen in the modern era. He was a superstar before he even left his native Brazil, a very difficult task given the extreme focus on European football. For an 18-year-old playing in Brazil, without the bright lights of the Champions League, or the focus that lies on the ‘top-five leagues’, to become so globally recognisable, is a huge achievement in itself.

While at Santos in 2011, Neymar won the prestigious Puskas award for a beautiful solo goal against Santos’ rivals Flamengo, performing a piece of skill that would impress even the most cynical of football fans, before prodding the ball home with the outside of his foot. Alongside this award came what is probably the most underrated achievement of Neymar’s illustrious career – a top-10 Ballon d’Or finish, aged only 19, while playing in Brazil, away from the spotlight of Europe.

In the summer of 2013, Neymar earned his move to FC Barcelona, one which came as no surprise to anybody, and was met with some of the most excitement and anticipation of any transfer in recent memory – despite coming in the same window as Gareth Bale’s world record-breaking move from Tottenham to Barcelona’s rivals, Real Madrid. He went on to win 13 trophies, including a Champions League and Club World Cup while playing his part as one-third of the most formidable attacking trident of all time, the affectionately nicknamed: MSN. The link-up play between Lionel Messi, Luis Suarez, and Neymar was an absolute joy to behold. The trio combined to score 363 goals and 173 assists between them in only three years of playing together forging a legacy that will never be forgotten in football.

In August 2017, Neymar was once again the main talking point across the world of football. Paris Saint-Germain had agreed with Barcelona to pay his eye-watering €200m release clause, in what is still the world record transfer fee for a footballer. The Brazilian’s time in Ligue 1 has been largely scrutinised, but on balance has been a resounding success personally for Neymar, despite the absence of his biggest desire – the Champions League. 112 goals and 69 assists in only 160 games is an outrageous return for any player and has made him Les Parisiens fourth highest goalscorer of all time, whilst winning four Ligue 1 titles, three French Cups, two French League Cups and four French Supercups in that time.

When looking at Neymar’s career, and weighing it up against some of the greats of the past and present, you have to bring some context in. Lionel Messi and Cristiano Ronaldo are, of course, the best players of this generation, and even two of the best of all time. For Neymar to win the Ballon d’Or, he’d have had to overcome one of those two in their primes – which is by all means impossible. He has been unlucky with his career, as star-studded as it is, to fall at the same time as the two GOATs. If you take them out of the equation though, it can be with no doubt that what Neymar has achieved not even just in terms of his outrageous goal output, but also in terms of trophies, ranks up there with the very best.

For his native Brazil, Neymar has been equally impressive. The all-time top scorer for Brazil is still the legendary Pele with 77 goals, and Neymar sits only just behind him on 75 – and will likely break the record to become his country’s all-time top scorer at the World Cup in Qatar. In terms of assists, Neymar is at the top of the pile, having beaten Pele’s tally of 47 in June 2021, and currently having notched 55 assists with Brazil. To be the top scorer and top assister for a country that has produced some of the greatest and most iconic players of all time, the likes of Ronaldo, Ronaldinho, and Pele, is perhaps Neymar’s greatest ever achievement and one he may well hold on to for generations to come.

Can he seal his place in history?

With a World Cup on the horizon, Neymar has a fantastic opportunity to seal his place with the greats of the game in the eyes of the many rather than the few. Lifting the World Cup with Brazil after the disappointment of 2014 would be the perfect opportunity for Neymar to cement himself at the very top, bringing glory back to a nation who have been without since 2002. The great Brazilian names of the past, the likes of Pele, Ronaldinho, Rivaldo and Ronaldo all have the illustrious trophy to their name – 2022 could finally be the time for Neymar to sit alongside them.

So far this season, Neymar has recorded nine goals and seven assists in only eleven matches and is looking as good as he’s ever been. A new role as a number ten in Christophe Galtier’s system has been of great benefit to Neymar, who is allowed to see more of the ball and get further forward than he was under Mauricio Pochettino. His link-up play with Lionel Messi, who has also seen an upturn in form under Galtier, brings back memories of the duo’s time at Barcelona, and with Kylian Mbappe a willing runner and relentless goal-scorer up front, Neymar could break even more records in the year to come.

Beyond the shiny veil of a star-studded first-team squad and the silly money and attention that brings, PSG are in a strangely turbulent situation. A disillusioned Kylian Mbappe, and a dressing room that never quite seems to settle, shrouded in rumours of discontent not only among the squad but all the way up the hierarchy, is not the ideal setting for a Champions League-winning campaign. The main criticism of Neymar in recent years is that he is still yet to win this tournament since his move to PSG, and despite the talent in the team, it doesn’t seem like this will be achieved any time soon – but with the players they have you can never write them off.

Neymar can be considered unlucky to be in the generation of football in which his career has fallen. Competition with the two greatest players of all time has resulted in his brilliance being under-appreciated. His time on the international stage has also come at a time when the national team has struggled competitively and rarely produced talent to sit alongside his level of play – a huge difference to Brazil teams of the past with world-class players in every position. However, in the coming year, it could be the biggest opportunity yet for Neymar to finally nail down his spot as one of the best ever.

A World Cup with Brazil seems a real possibility, the Champions League with PSG is always within reach, and having had such a fantastic start to the season, a Ballon d’Or could well be on the horizon – and Neymar is at the centre of it all. 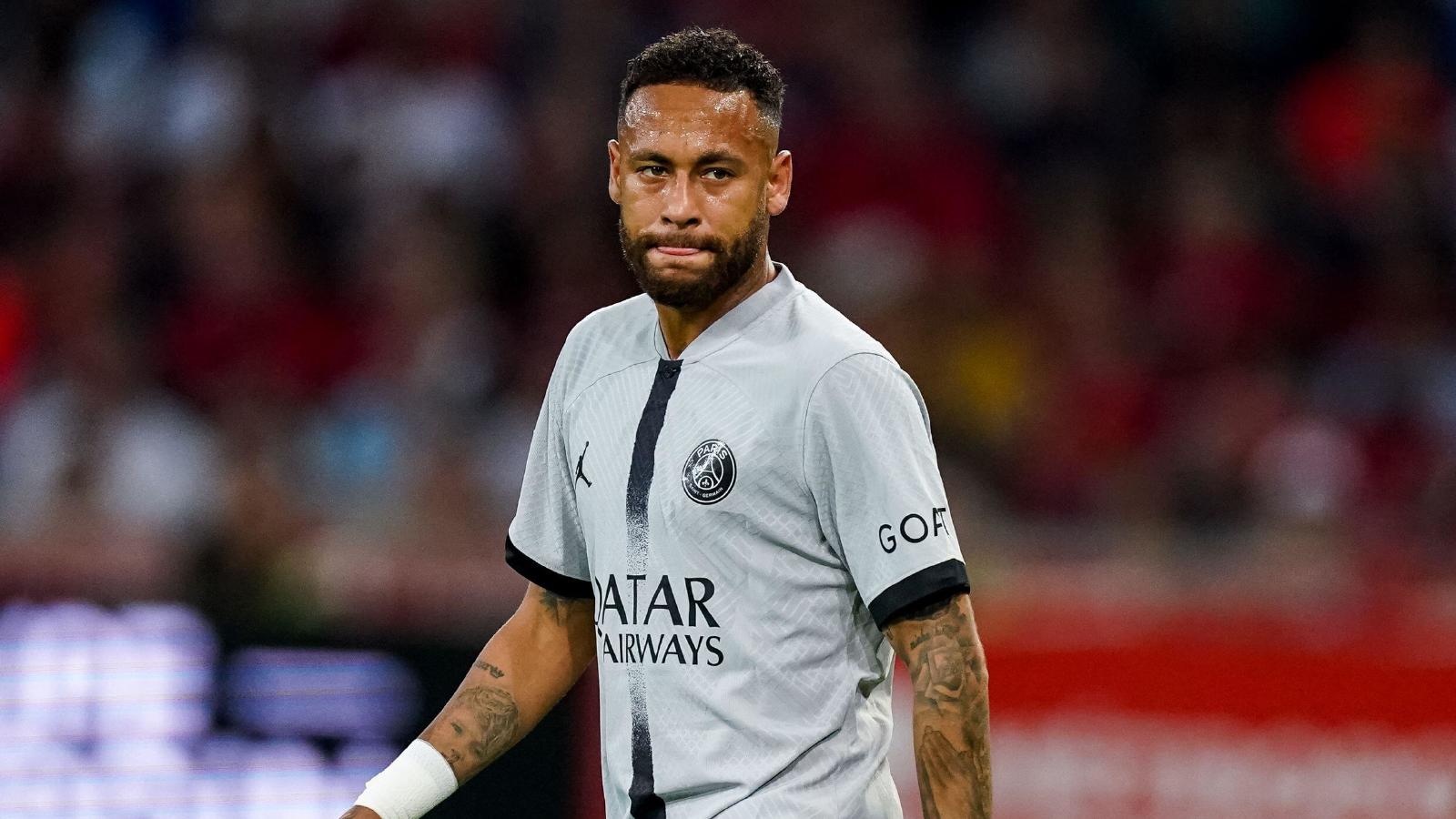