The Los Angeles Chargers have placed outside linebacker Joey Bosa and defensive lineman Jerry Tillery on the reserve/COVID-19 list.

NFL Network’s Mike Garafolo reported there is still a scenario in place in which both players would be available to play, which would mean a player tested positive but is vaccinated or a player was a close contact (either vaccinated or unvaccinated). Garafolo added that four players across the NFL were placed on the reserve/COVID-19 list on Tuesday and three were positive tests and one was a close contact.

From @NFLTotalAccess: The #Chargers placed Joey Bosa and Jerry Tillery on the COVID-19 list today. I’m told there are scenarios in which both could still play against the #Steelers. Do the math to understand what that means 👇🏼 pic.twitter.com/4wpr68l6dX

How quickly Bosa and Tillery can return to practice will depend largely on if they tested positive for COVID-19 and if they are vaccinated.

The Chargers play the Steelers this Sunday and will definitely be hoping that Bosa can make a return. Bosa is tied for the league lead with three strip-sacks, has 5.5 sacks and three forced fumbles this season. He has a sack in two straight games and three of the past four.

Tillery has 30 tackles and 2.5 sacks while playing 81 percent of the team’s defensive snaps.

The Steelers may be missing quarterback Ben Roethlisberger and safety Minkah Fitzpatrick next Sunday night due to COVID-19 protocols .

Bosa and Tillery must be activated off the reserve/COVID-19 list by 4 p.m. ET Saturday to be eligible to play on Sunday. 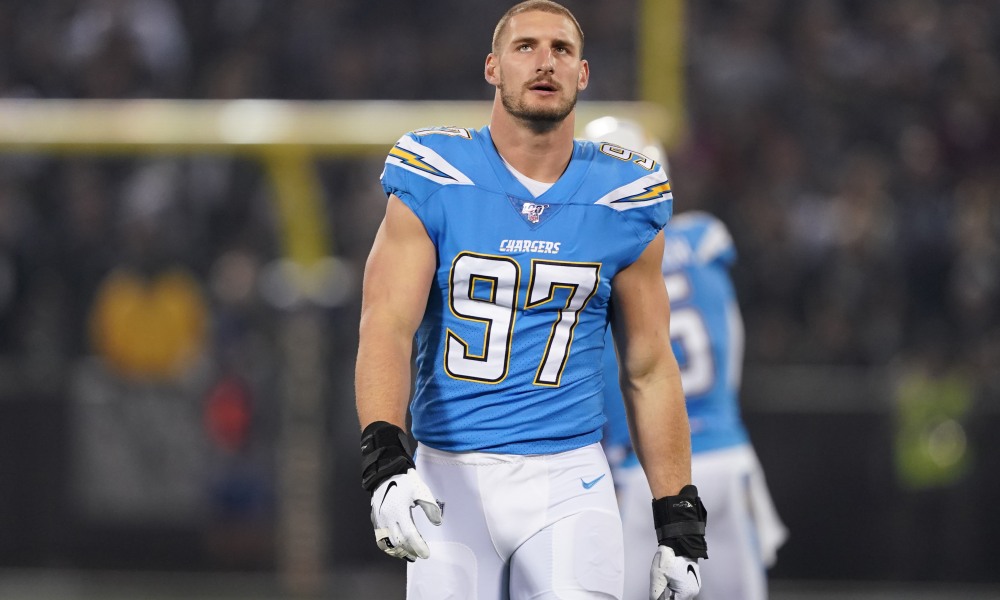