This was an important day for Manchester City, as the champions-elect needed a vital win over Chelsea to secure their third Premier League title under Pep Guardiola. Meanwhile, Leeds looked to try and secure a top-half finish, Liverpool and Tottenham tried to throw their hats in the ring for European places and Crystal Palace fought to stay in the league. Let’s take a look at every Premier League Saturday fixture and find out how each team faired.

Patrick Bamford’s 15th Premier League goal of the season, as Leeds United, climb back into the top half of the table to dent Tottenham Hotspurs European hopes.

In a thrilling end to end fixture, Leeds took the lead through a Stuart Dallas’ eight-goal as the season. Jack Harrison’s cross made its way to Bamford in the six-yard area, and his initial shot was saved by Hugo Lloris, but Sergio Reguilon could not close down Dallas and Leeds snatched the early advantage.

But Ryan Mason’s side would not sit back, as Dele Ali made his way through the midfield and his perfectly weighted pass cut through the middle of the Leeds defence to find Heung-Min Son and the Koren international scored his 17th of the season and brought the game level. Spurs looked to double their goal tally, but Harry Kane’s strike was then ruled offside.

But before the end of the first half, Bamford regained the lead for his side. In an almost repeat of the opening goal, Harrison made another run on the left-hand side, but this time he slipped the ball to an advancing Ezgjan Alioski. The Macedonian then smashed the ball across the six-yard box, and Bamford scored a perfect poachers finish.

And in the dying moments of the second half, Leeds would take all the spoils. Raphinha managed to break away for the Spurs defence and made a darting run towards Lloris. With only one defender marking him, Rodrigo created some excellent space and collected Raphinha’s pass to slot the ball away on his left-footed strike to put the game to bed.

Crystal Palace’s win over relegated Sheffield United has secured their spot in the Premier League for next season.
The Eagles took advantage through a mixture of a fantastic midfield run from Eberechi Eze, and poor Blades defending that has been haunting them all season. Eze made some fantastic movements into the United penalty area, found Christian Benteke, whose shot took a massive block of George Baldock but still crept in past Darren Ramsdale to open the advantage.

The Belgium international nearly doubled his goal tally, as Jeffery Schlupp’s cross found Bentekes brilliant header, but Ramsdale dived down to his left and saved the attempt very well.

Palace dominated much of the game, not allowing their opponents to register a single shot on target and killed the game through a spectacular Eze solo goal. Skipping away from Baldock from inside his own half, the £17 million signings from QPR in the summer, made an impressive run into the penalty area, and his deflected attempt made sure of Crystal Palaces status in the league.

In his final game a Stamford Bridge, Sergio Aguero missed penalty led to Manchester City missing out on the chance to win their fifth Premier League.

City took the lead early on through some shambolic defending from Andreas Christensen, as the Chelsea number four slipped up from the pressure of Gabriel Jesus, and the Brazilian picked out Aguero. But the Argentine could not control the ball, but in came Raheem Sterling, who smashed the ball into an open goal to make it 1-0.

And then it all looked to be over. Jesus was brought down under a reckless challenge from Billy Gilmour, and everyone believed this would be the moment that Sergio Aguero, the man who gave City their first Premier League title would fire home the goal that sealed their fifth title. But it was not to be as he tried the cheeky Panenka chip, which did not fool Edouard Mendy, who caught the ball and set the rest of the tie in motion.

Chelsea came out in the second half with some fats moving passing play. And the build-up came to Cesar Azpilicueta, and his ball picked out Hakim Ziyech, who fired home outside of the box shot to bring the tie level.

And in the dying moments, after several dramatic moments throughout the tie, including a Sterling penalty appeal getting denied, Timo Werner broke away from Aymeric Laporte. The German’s cross found Marcus Alonso, and his miscued attempt lifted the ball over Ederson to give Chelsea all three points and moved them up to third place in the league.

Liverpool manager Jurgen Klopp secured his 100th Anfield win as the Reds attempt to make Champions League qualification with a 2-0 win over Southampton.

Ralph Hasenhuttl’s side looked to try and snatch the advantage against the run of play but was denied by the excellent reflexes of Alison. But an out of form Sadio Mane managed to get the opener against his former club, as his close-range header from Mohammad Salah’s cross gave Liverpool the well-deserved lead.

The best chance for the Saints came in the form of a poor Alison clearance, which found its way to Che Adams, but the Scotland international was unable to beat Brazils number one goalkeeper on this occasion.

And in stoppage time, the game was put to bed when Thiago Alcantara picked up Roberto Firmino’s pass, took a touch, and curled the ball past Fraser Forster in the Southampton goal to secure the three points for Liverpool. 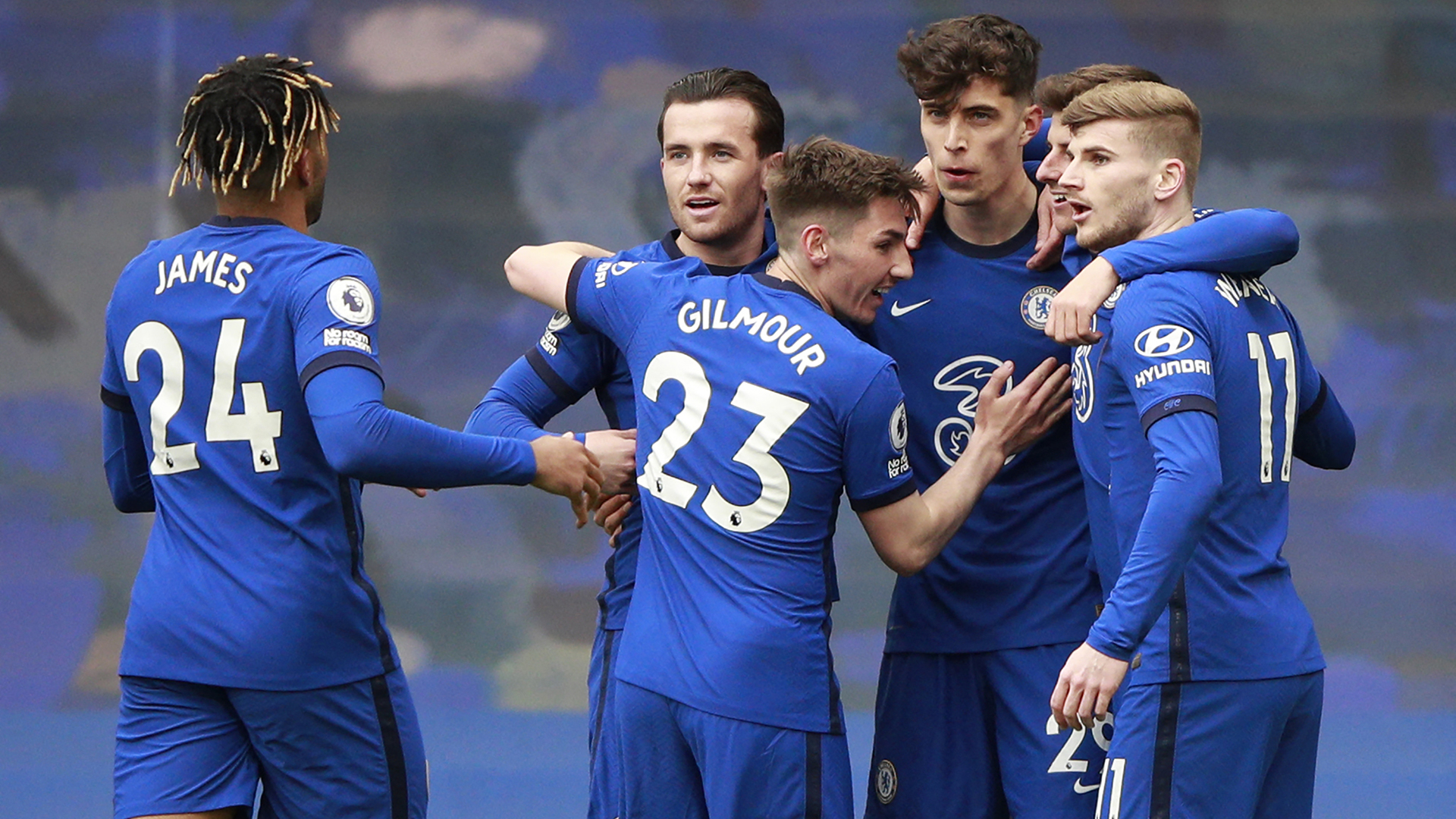