German world no. 6 Alexander Zverev followed up his shock quarter-final win over Rafa Nadal at the Madrid Masters by defeating US Open champion Dominic Thiem in straight sets 6-3, 6-4, to reach his 8th Masters final, and his second Madrid final. The win also ended a run of four straight defeats against the world no. 4.

The last time the two players had met was at last year’s US Open final, where Zverev suffered a heartbreaking loss in a fifth set tie-break after having been two sets up and with a break in the final set. Although Thiem won the one that mattered and led their head to head 8-2, Zverev had beaten him in straight sets when the two met in the Madrid final back in 2018.

Third seed Thiem, 28, was participating in Madrid after a two-month hiatus, not having played on tour since the Dubai Championships in March, and looked rusty and under-powered on his groundstrokes. He was never able to get a hold of the Zverev serve, winning only 30% of his return points (a paltry 22% on the first serve), with 60% of Zverev’s first serves unreturned.

Zverev, on the other hand, won 38% of first-serve return points on the Thiem serve and created 11 break-point chances, breaking him 3 times. He was broken only once in return, and that when he had two breaks in hand.

In that 2020 US Open final, Zverev’s serving, particularly his second serve, had let him down at crucial points, but here on the Manolo Santana Stadium, the 6ft 6 inch 24-year-old’s serving was imperious. His first-serve percentage was 66%, with a massive 78% of points won on first-serve, at an average first serve speed of 217.7 kph. His dominance on serve gave him the confidence to play aggressively on the baseline and take the ball early, as it did against Nadal.

Zverev seeded 5, was able to survive an early scare with his excellent serving, and then broke immediately in the fourth game, thanks to two double faults and several forehand errors by his Austrian opponent.

Thiem struggled to get a foothold in the match, as the swirling wind played havoc with his groundstrokes, forcing him to take pace off his shots, which allowed Zverev to dictate the points and force errors. The break of serve was sufficient for Zverev to take the set comfortably, 6-3, in just 40 minutes.

Zverev stayed on the attack in the second set, earning a break point in the first game, but pushed a backhand long. Undeterred, he got another opportunity in Thiem’s next service game and got his reward when Thiem sent a backhand out after a long rally to make it 2-1.

Thiem’s gruelling three-set quarter-final against 6 ft 10-inch serving machine John Isner may also have been a factor as he could not lift his intensity level sufficiently to stop Zverev from dominating the points. His forehand remained noticeably underpowered, and again, several unforced errors gifted Zverev a further break point opportunity to go up a second break.

Zverev missed his first chance, the wind floating his backhand long, but he earned another break-point by again stepping up and hitting a forehand winner. He then punished a weak defensive backhand slice by Thiem to get the cushion of a second break.

With Zverev cruising at 4-1, Thiem had nothing to lose and suddenly went for broke, powering a couple of passing shots beyond Zverev at the net to earn two break points and get at least one break back. His more dynamic approach yielded the results as some weak defensive slicing from Zverev gave Thiem the advantage in the rally and, finally, he was able to break the Zverev serve, accompanied by raucous cheers from the crowd, who clearly wanted to see some competitive tennis.

The effort, though, seemed to drain Thiem as two unforced errors in his next service game saw him go down 0-30, much to the crowd’s despair. Thiem responded by playing some big power forehands to level 30-30. An unforced error on the forehand, however, made it 30-40, but more big-hitting by Thiem from behind the baseline saved the break-point.

The match had now entered its best period, and some edginess crept in when Zverev expressed his annoyance at the new Foxtenn clay-court electronic line-calling system after an out call was overturned in Thiem’s favour.

A poor, netted volley by Thiem, though, gave Zverev another break point, but Thiem saved it with his first – and only – ace. Thiem’s inconsistency continued as after a couple more deuces yet another unforced forehand error gave Zverev a third break point in the game. An excellent crosscourt top-spin backhand saved Thiem, and a good serve gave him game point. After a mini-rally, Zverev hit a backhand out when going for a winner, and Thiem had resolutely held the longest game of the match to remain just one break behind at 3-4.

If the crowd were hoping Thiem’s epic game-save would be a turning point, they were sorely disappointed. Zverev was not to be denied and held his two service games easily, ending with a flourish – a forehand crosscourt winner – to win the match 6-3, 6-4.

Zverev will play Italian 8th seed Matteo Berrettini in the final, after he defeated Norwegian Casper Ruud in straight sets, 6-4, 6-4, in the other semi-final. It will be Berrettini’s first Masters 1000 final, in a tournament where he was making his first main draw appearance.

Zverev, who will be going for his fourth Masters win, leads their head to head 2-1 and it would be impossible to call against him if he continues to serve like a demon as he has been doing all tournament. 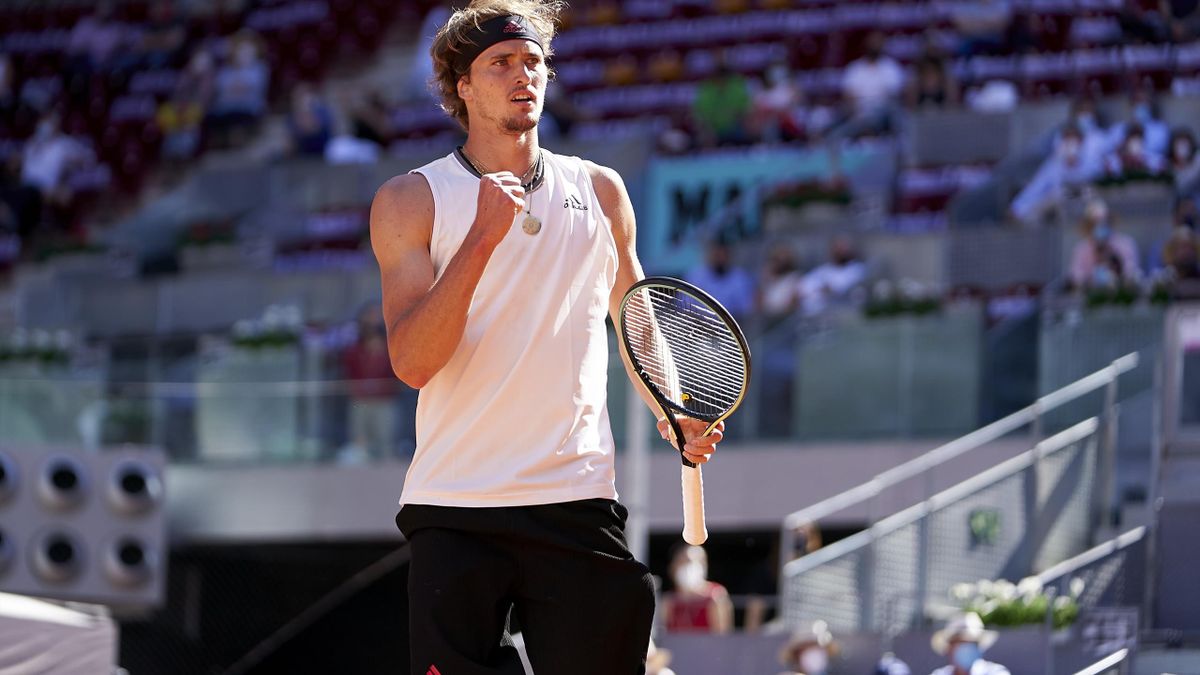