Manchester City hosted Chelsea at home for the first time this season and was the third encounter out of four thus far in 2021. The two blues met earlier this year at Stamford Bridge in the Premier League with the lighter of the two blues running away with the three points as well as three goals.

Another meeting in London, this time at Wembley, three weeks ago, it was Chelsea who booked their place in the final of the FA Cup.

Today’s meeting wasn’t unimportant for either side – not only would a win concretise Manchester City as champions of England for the third time in five years under Pep Guardiola – in case of a win for either side, but it could also prove to be a psychological boost for their meeting in the Champions League final on May 29th in Istanbul.

Both teams decided on the high press to start this game – each time there was a ball carrier, there seemed to be an opponent ready to close him down. In a game based on possession and smart movement, there weren’t too many openings – not until the 16th minute, as a Manchester City corner was headed over the bar by a former Chelsea player, Nathan Ake, who was heavily marked.

After half an hour of play, neither team had had a shot on target.

Timo Werner did have the ball in the back of the net a minute later, but he was (rightly) judged to be offside. Nevertheless, it gave Chelsea the encouragement that scoring at the Etihad was possible, despite losing here on their last three visits. Raheem Sterling did have the first shot on target just before the 35th minute of play, but there wasn’t much force behind his effort, as Edouard Mendy easily dived to his right to make a ‘save’.

Seven minutes later it was the turn of Hakim Ziyech, the Moroccan who scored against Real Madrid in mid-week, tested Ederson’s gloves. Sterling opened the scoring for the Citizens less than a minute later – a mistake by Andreas Christensen allowed Gabriel Jesus to sneak in, cut it back to his right, and a poor touch from Sergio Aguero allowed Sterling to make it 1-0.

That was his 10th Premier League goal this season, and his first in the league since February 1st.

Christensen was taken off just before half-time; he seemed to have injured himself in the process of misreading the bounce of the ball while Jesus pressured him into the mistake. And Chelsea continued to fall apart in that short amount of time – less than two minutes later, Billy Gilmour upended Jesus in the box, and conceded a penalty.

Chelsea manager Tomas Tuchel was furious, as, at the time of the foul, he hadn’t been allowed to make the substitute for Christensen yet. It was one of the poorest penalties you’ll see from a player with as much quality as Aguero – a panenka right into the hands of Mendy – the Argentine could have had two before half-time, instead, he had none.

Manchester City registered almost 70% of possession by the time the first half ended – almost choking Chelsea out of any opportunity in the game, although Aguero’s miss didn’t completely close the door.

Kurt Zouma came on to replace the injured Christensen for the second half, and one can only wonder what Guardiola said to Aguero during the 15-minute break. Sterling was livened up by his first-half goal – running at Cesar Azpilicueta on several occasions, willing to carry the ball, and taking on Chelsea players as he made runs from the left via the centre of the pitch.

Chelsea did start off the second half better – in the opening 15 minutes, Chelsea had spent twice as much time in the final third of the pitch than Manchester City had (35% vs 17%). Ziyech then equalised on 62 minutes, the ball lost by Rodri on the right, picked up by Azpilicueta, who found the Moroccan, whose fierce shot from just outside the 18-yard box beat Ederson’s dive to the bottom-left-hand corner.

He now has two goals in two games against Manchester City, who also scored his second Premier League goal of the season. Guardiola felt that changes were needed, as he brought on Phil Foden and Ilkay Gundogan, replacing Ferran Torres and Aguero around the 70th minute – the German’s first action was to have a shot, albeit off target.

Chelsea was clearly going for the win with Callum Hudson-Odoi’s fresh legs replacing the Chelsea goal-scorer with 15 minutes left to play. Chelsea did have the ball in the net on two occasions, first Werner, who was offside when he received the ball from Jorginho, and then Hudson-Odoi from a Reece James cross, which required VAR to let us know he was offside.

With three minutes left to play, Sterling had a good shout for a penalty – the referee deciding it wasn’t, and VAR was taking its time to make a decision, which sided with the arbiter on the pitch. At the other end, Marcos Alonso then went for a chip over Ederson, missing the target, while he could have looked to his right to find Werner making a run inside the box.

And Chelsea wasn’t done yet – in added time Chelsea got their winner, Werner made a run on the right, received the ball, and he found Alonso. That was Chelsea’s first win at the Etihad since December 2016, and Manchester City continues to wait to be crowned champions of 2020/21.

One can only hope that today’s game wasn’t a rehearsal for the Champions League final meeting at the end of May. There were too many spells today where nothing much happened, and where there was a lack of quality, especially from the wings, from both sides.

The inconsistency of each side’s performance could have been down to the number of changes made to the respective line-ups. However, with two cup finals to play for Chelsea, and Manchester City continue to wait to be crowned as champions, how will the remaining games influence the quality of the final in Turkey?

Chelsea is now third, have won their previous two matches against the Citizens, and will be feeling positive about winning the trophy with the big ears in three weeks’ time.

Tuchel seems to have found a way to get around Manchester City’s dominance over a 90-minute period.

We will now have to wait and see if he can threepeat that for the blues from London. 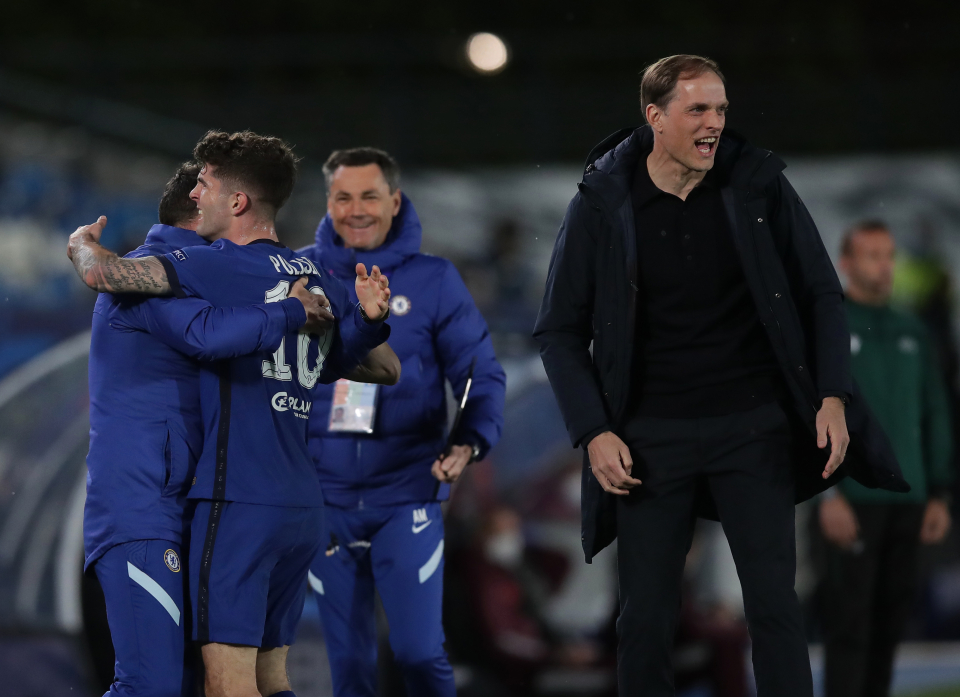