Cleveland Browns running backs Nick Chubb and rookie Demetric Felton have each tested positive for COVID-19 and are now questionable for Sunday’s game against the New England Patriots.

Both backs are vaccinated, so they aren’t immediately ruled out for Week 10. Each player would need two negative tests 24 hours apart to play.

The Browns announced Tuesday afternoon that they had placed both Chubb and Felton on the reserve/COVID-19 list.

With Kareem Hunt on injured reserve with an ailing calf, Cleveland’s D’Ernest Johnson is the lone remaining available running back at the moment.

When asked about the situation, Browns head coach Kevin Stefanski said “We will see in terms of their availability. As you guys know the rules, we will see how this week goes if we can get them back or not. If they are unable to make it to the game, (RB) D’Ernest Johnson obviously is our starter in that scenario, and we have some other options that we are going to look at this week.”

Johnson started at running back in Week 7 against the Denver Broncos when Chubb and Hunt were both sidelined by injury. He rushed for 146 yards and a touchdown in Cleveland’s 17-14 victory.

Chubb, a two-time Pro Bowl selection, rushed for 137 yards and two touchdowns in the Browns’ 41-16 victory over the Cincinnati Bengals on Sunday. Chubb leads the team in carries (120), rushing yards (721) and rushing touchdowns (six) in seven games this season.

Chubb has rushed for 4,278 yards with 34 touchdowns in 51 career games since being selected by the Browns in the second round of the 2018 NFL Draft.

The 23-year-old Felton has three rushes for 16 yards while playing in nine games this season. He was selected by the Browns in the sixth round of this year’s draft.

Cleveland’s Week 10 opponent, meanwhile, is facing some running-back-related questions as well. Patriots runners Damien Harris and Rhamondre Stevenson are both in concussion protocol after exiting last Sunday’s game against the Carolina Panthers in the fourth quarter. The only other backs under contract are veteran Brandon Bolden and second-year man J.J. Taylor.

The Browns and Patriots are both sitting at 5-4 on the season ahead of this Sunday’s crunch clash, with both jostling for playoff positions in the AFC. The Browns recently released WR Odell Beckham Jr, so another potential loss in the team places them in a difficult position. 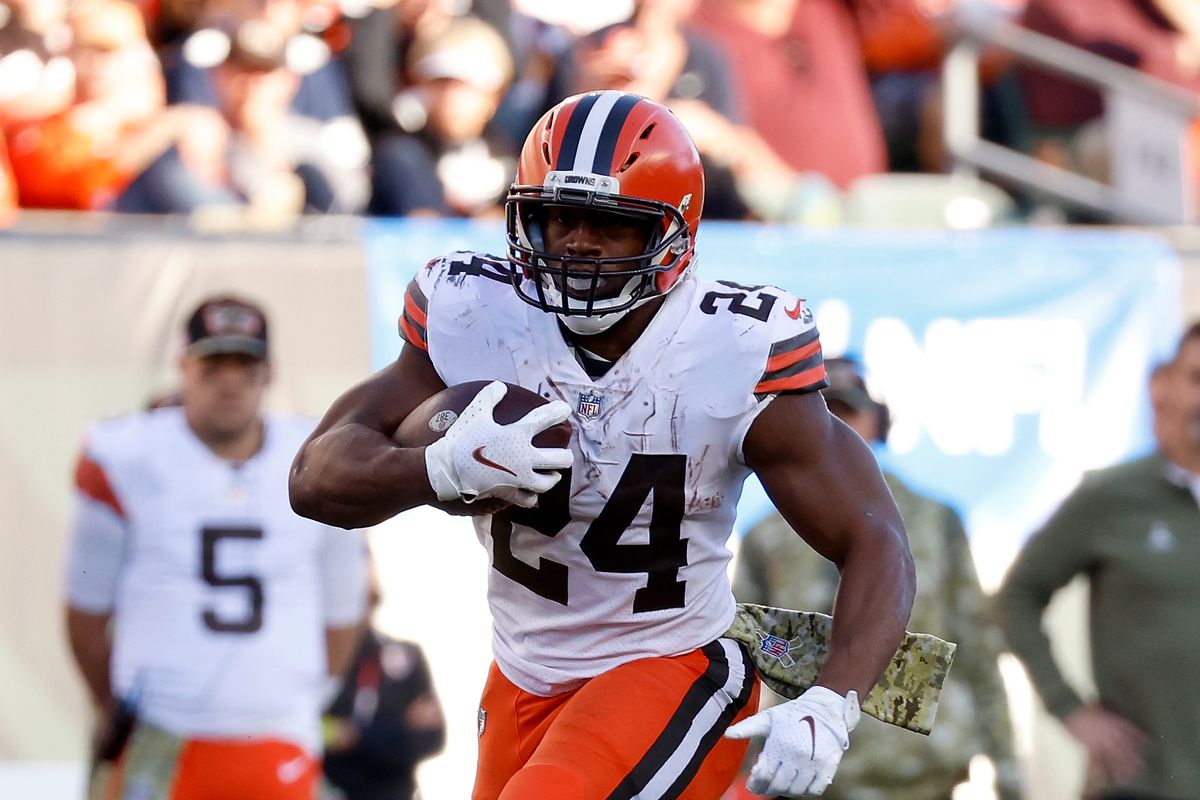