Steven Gerrard has been appointed the new Aston Villa manager on a two-and-a-half-year deal.

The club sit 16th in the Premier League table, two points above the relegation zone after 11 games of their campaign.

Aston Villa paid compensation of between £3.25-4m with the Scottish club for Gerrard and his assistant Gary McAllister.

Gerrard said: “Aston Villa is a club with a rich history and tradition in English football and I am immensely proud to become its new head coach.

“In my conversations with Nassef, Wes and the rest of the Board, it was apparent how ambitious their plans are for the club and I am looking forward to helping them achieve their aims.

“I would like to express my sincere gratitude to everybody associated with Glasgow Rangers for giving me the opportunity to manage such an iconic football club.

“Helping them secure a record-breaking 55th league title will always hold a special place in my heart. I would like to wish the players, staff and supporters the very best for the future.”

Gerrard has been Rangers manager since June 2018 and won the Scottish Premiership last season. He leaves with the club top and as they prepare for the League Cup semi-final against Hibernian on Sunday week.

Aston Villa Football Club is delighted to announce the appointment of Steven Gerrard as our new Head Coach. 🟣

Aston Villa CEO Christian Purslow said: “The Board of Aston Villa are delighted to appoint Steven as our new Head Coach.

“Since moving into coaching after his illustrious playing career, Steven began by managing and developing top young players in the Liverpool FC Academy which is experience we value highly at Aston Villa.

“He then took the brave decision to test himself in the intense and high pressured environment of the Scottish Old Firm. His subsequent achievement in winning the Premiership title with Glasgow Rangers really caught our eye as did his experience in Europe.

“It has been very clear in our discussions with him that Steven’s coaching ambitions, philosophy and values entirely match those of Aston Villa.

“We are excited he has agreed to lead us in the next phase of our ambitious plans as we look to build on the progress made since Nassef Sawiris and Wes Edens took over the club in 2018.”

Villa made Gerrard their top target as they attempt to climb away from 16th place, two points above the relegation zone, after finishing 11th last season. Gerrard’s first game will be at home to Brighton a week on Saturday.

The former Liverpool captain is due to take Villa to Anfield on 11 December. He has a connection at Villa to Christian Purslow, the chief executive, who worked as Liverpool’s managing director for a number of years while Gerrard was at the club.

Rangers chairman, Douglas Park, thanked Gerrard and said: “He has provided us all with some unforgettable moments, not least his delivery of the Scottish Premiership title back to Ibrox last season having not lost a match in the entire league campaign. In European competition, he has restored the good name and credibility of our club on the continent and leaves us in a very healthy position on the pitch.”

He played 710 times for Liverpool, winning nine trophies, and spent a season at MLS side LA Galaxy in 2015 before retiring as a player the following year.

He coached at Liverpool’s youth academy before managing the under-18 team during the 2017-18 season.

Gerrard is England’s fourth-most capped player with 114 international appearances, in which he scored 21 goals.

It is thought that if Gerrard can prove himself at Villa Park, then he could be in line to succeed Jurgen Klopp at Liverpool when the German’s stay at Anfield comes to an end 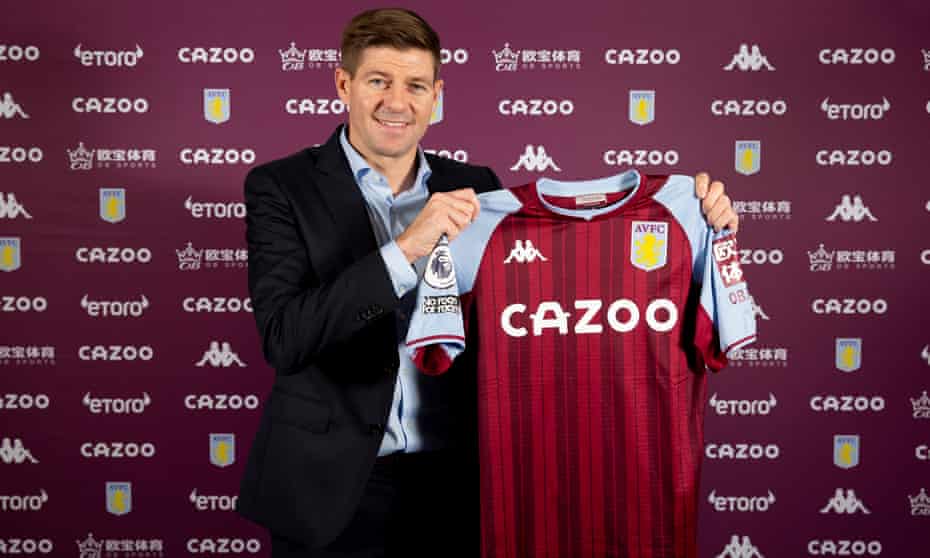