Quarterback Wentz was dealt an early setback ahead of his debut season in Indianapolis as he was required to undergo surgery to remove a broken bone in his left foot on the second day of training camp on July 29, leaving him facing between five and 12 weeks on the side-lines.

Nelson has been out since Aug. 2 after injuring his right foot. Wentz and Nelson had foot surgery on Aug. 2 and 3, respectively. Kelly has been out with a left elbow injury since July 30. Injury is nothing new to the 28-year-old QB as Wentz has played a full season just twice in the first five years of his career. However, Nelson has not missed a game since entering the NFL in 2018.

Wentz’s return to practice will be a sigh of relief for any of his fans as the former Super Bowl champion looks to get his career back on track after being traded by the Eagles. After a miserable 2020 season where Wentz was sacked a league-high 50 times, threw only 16 touchdowns and 15 interceptions in 12 games and lost his starting spot to Jalen Hurts, Philadelphia tried to find a suitable trade for the faltering QB.

The retirement of Philip Rivers at the end of last season prompted the Colts to send a 2021 third-round pick and conditional 2022 second-round pick to the Philadelphia Eagles in order to acquire Wentz. There were some flashes of the MVP contender during early preseason before he was side-lined, and Indy fans will be hoping Wentz can find his old form behind one of the best offensive lines in the NFL.

In addition to Wentz’s return, Left Guard Quenton Nelson, a consecutive three-time Pro Bowler and first-team All-Pro selection and center Ryan Kelly are both returning to practice. The availability of both promises to be vital as the Colts adjust to life without retired left tackle Anthony Castonzo.

The goal is to have Wentz and Nelson ready for the Colts’ Week 1 game against Seattle on Sept. 12. Reich said last week that he wants Wentz to have at least a couple of weeks of practice before he plays in a regular-season game.

“In the perfect world, we have a really good idea after that third preseason game and Carson would get to work two weeks going into the first game,” Reich said last week. “That’s the perfect world. The next perfect world is he only gets the work of the game week. I don’t know if that’s going to happen. It could be Week 2, Week 3. That’s still to be determined. He has not pushed it. Everything’s going well, but we have not pushed it yet. We’re going to have to wait until we get to the point where we push it and see how things respond and we just don’t want to do that too soon, too fast.” 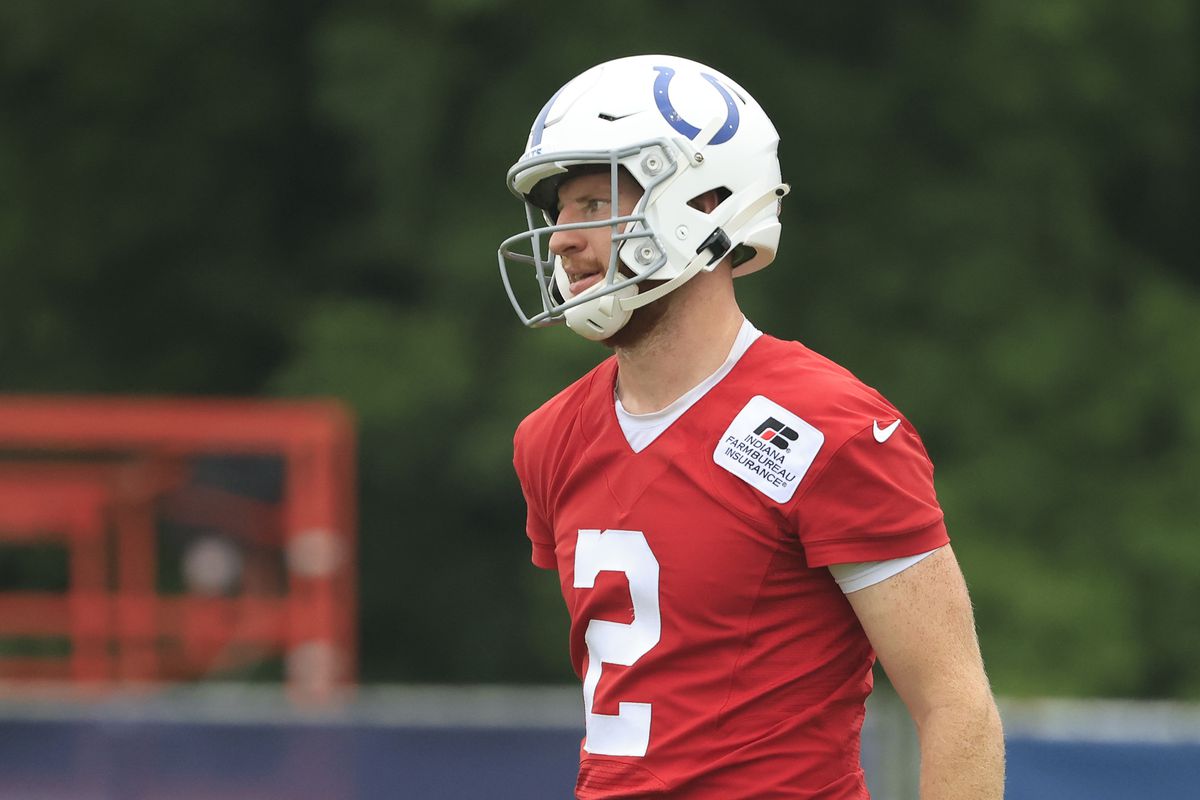