It came on the back of a breathtaking innings from Pietersen, for his County side Surrey, in which he went on to make 355 not out.

It was reported that the meeting had been arranged as early as last week, so the knock by Pietersen appeared to have no bearing on the decision by Strauss to cite that a ‘lack of trust’ between Pietersen and the ECB would lead to ‘no return in the short term’ for the middle order batsman, to the England set up.

Short term, long term, it doesn’t really matter to those following the sport, as at 34, Pietersen will not be returning to the England set up this summer, or any summer for that matter. Not unless England lose all seven games this summer against New Zealand and Australia, Strauss is subsequently sacked, and the likes of Michael Vaughan come in and do the job.

Former England fast bowler Darren Gough summed it up well today, when he said had Alec Stewart or Vaughan himself got the role, Pietersen would be in the test team against New Zealand next week.

What people are finding hard to understand though, is this ‘trust’ issue that Strauss has mentioned was the reason for not allowing Pietersen back into the fold. We get that, given the alleged text gate affair from 2012, when it was said that Pietersen had sent a few messages regarding the then captain Strauss, to his South African buddies in the opposing dressing room.

However, we are told today that Pietersen was offered a consultancy role for the one day team, so if you can’t trust him in the dressing room, how can you trust someone to be in the coaching team?

One thing I did find amusing in the breaking news that a meeting was being held between the pair, the likes of Simon Hughes from the BBC Test Match Special team, highlighting …

“And look at the facts – in the last 10 Tests he played he averaged 34. His current Test average of 47 is the lowest it has been since 2006 so it’s gradually been in decline. “

Hughes clearing putting to one side the performance of the whole England team in the past 18 months which has been poor to say the least, of which Pietersen had indeed been the top scorer in the shambolic Ashes tour the previous winter.

Needless to say captain Alastair Cook hasn’t averaged much better in the same period, does Hughes think he should be put in the disposal bin for international cricketers?

It does however, highlight the marmite nature of Pietersen, although a recent pool did suggest 70% of England Cricket Supporters did think Pietersen should have been recalled this coming summer.

Strauss can highlight this trust thing all he wants, the story won’t go away. Not least when the ECB are still expecting it’s supporters to fork out £80 plus for high end tickets this summer, is it too much to ask at this price, we would like to see the most entertaining cricketers on show?

The call to axe easily the best entertainer we have on these shores, will make that an easier decision for me going forward, treating the supporters in this manner will only lead to falling attendances, at a time when test cricket can ill afford to do so. We demand to be entertained, not pay for the right to spectate the politics going on behind the scenes. 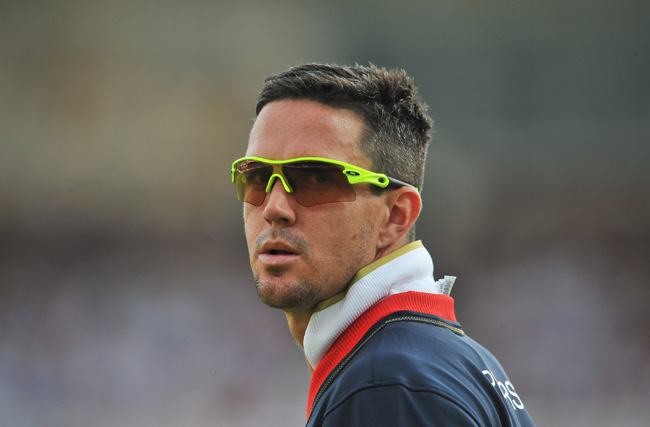