Crawley survived an LBW call on review early on.

He got off the mark with a clip, through square leg.

England were 26-1 at drinks. An excellent start by the West Indies, who showed discipline with the new ball.

Crawley plays a controlled pull for four off Holder.

And another on the penultimate ball of Seales’s Over.

Root took them in the lead with a controlled edge, down to the third man boundary.

So a good morning for England, where they mopped up the tail and went past West Indies’ first-innings lead.

Root brought up their 50 partnership after Lunch.

Crawley brought up 50 soon after.

Crawley brought up his century partnership with Root.

And the Kent opener brought up a second magnificent Test Match century.

But then the covers came on once again after one ball, and that was the last piece of the action on Day Four.

So England ends the day 217-1, with a 153-run lead. The first session on Day Five will be crucial in determining which way the match will go.

If England can score quickly in the morning and set West Indies a total of around 200-250, we could have a game on our hands

Rain was the winner today, let’s hope for a much better day tomorrow.

Catch up with England’s Tour of the West Indies on World In Sport. 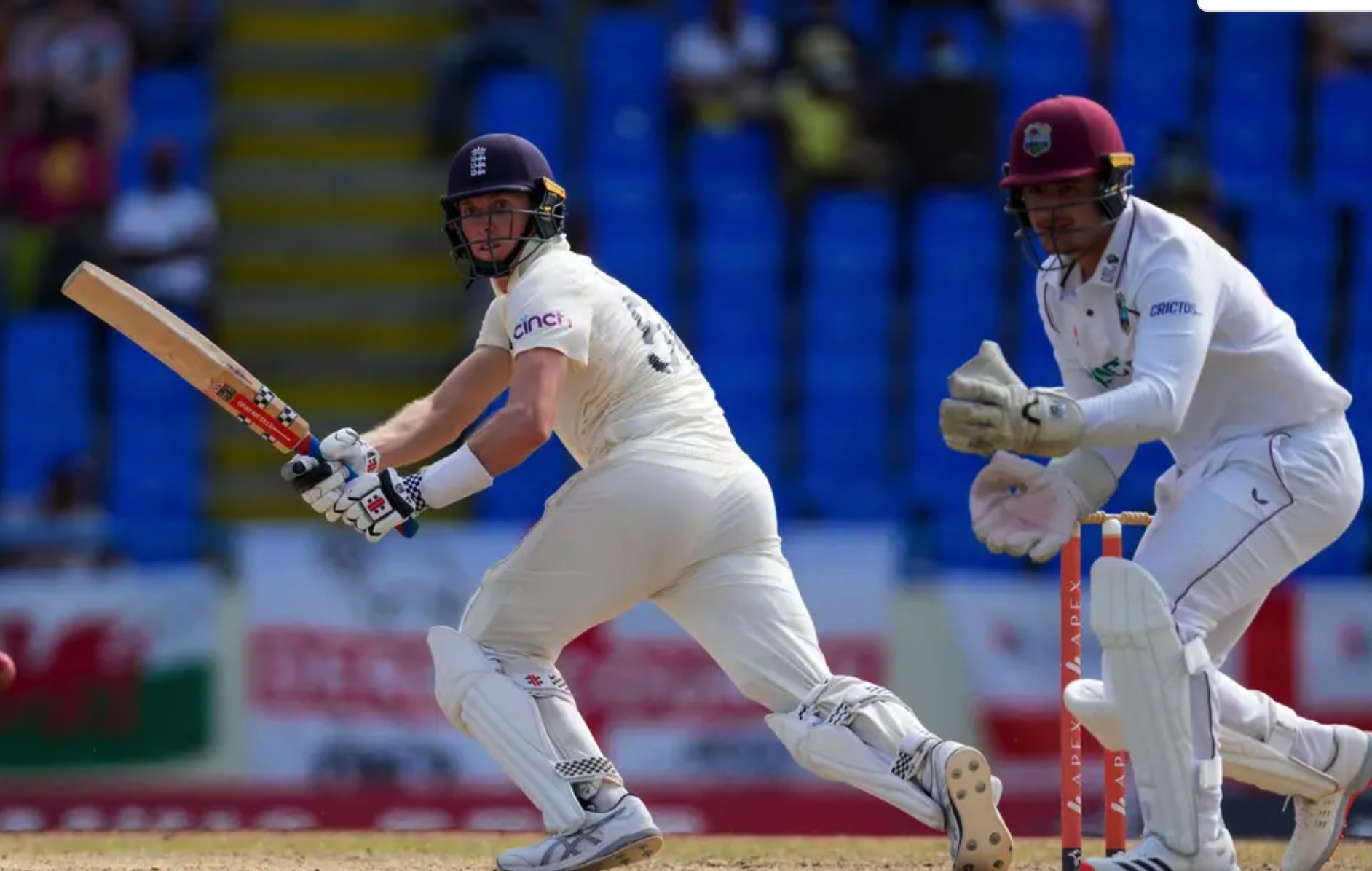