The Currie Cup returns once more, as South Africa’s most elite rugby players battle it out to see who is the best domestic side this season. What has been a prolonged and unpredictable World Rugby season, will see the in-form rugby sides in South Africa compete for the prestigious Currie Cup trophy this weekend.

The Currie Cup had its inaugural tournament back in 1892 and is the oldest rugby competition in South African Rugby history. The overall tournament success favour Cape Town-based Western Province, as they have won the annual tournament an impressive total of 34 times, whereas the Bulls are the second most successful side, lifting the trophy on 23 occasions.

The Currie Cup has always been the major talking point in Springbok rugby, where national team selections get measured on the player’s performances and plenty of players increase their camaraderie to contest for national selection. With the possibility of a British and Irish Lions series in the balance this year, there will be a major opportunity for players to be recognized, as 2021 will hopefully be the year South Africa returns to international test rugby, post-COVID.

To date, numerous household names in World Rugby and recent Rugby World Cup Winners continue to wear their local jerseys with pride, with the likes of; Duane Vermeulen, Elton Jantjies, Siya Kolisi and Lukhanyo Am set to lead their teams and take the field this Saturday in the Currie Cup Semi-Finals.

The Birth of The Rainbow Nation:

After the conclusion of the group stages of the tournament, Blue Bulls topped the overall standings, followed by Western Province at second place, and the Natal Sharks and Golden Lions finishing third and fourth, respectively. With the current Currie Cup Tournament format, the first-placed side hosts the fourth-placed side in the first Currie Cup Semi-Final and the second and third-placed contest the second Currie Cup Semi-Final. Both Semi-Finals see the big four franchises compete with Blue Bulls being favourites, as they were the far superior side in the 2020 tournament’s group stages.

Currie Cup Round One:

Who do you predict to be in the finals of this season’s Currie Cup?

What has traditionally been referred to by South African rugby fans as the Jukskei Derby, the formerly known Transvaal sides contest the first Currie Cup Semi-Final this weekend. The Blue Bulls are firm favourites heading into this encounter as the table-topping Currie Cup side. Their dominance in the forwards and elite execution in their backline has posed as a major threat in this season’s competition. Under the leadership of Rugby World Cup Final, Man of The Match, Duane Vermeulen, the Bulls side has displayed a complete rugby team with very little weakness to expose their defence.

With the experience in the Bulls side, The Lions are set to have a tough day on the field. The Bulls should undoubtedly overcome the majority of the Lions threats on the day and be able to overpower their traditional rivals.

I predict the Bulls will easily translate their phenomenal form this season and book their place into the Currie Cup Final with a 15-point victory.

In what could likely be the final Currie Cup fixture at Newlands, Western Province will look to make history with a win over their coastal rivals Sharks, since both sides have an evenly matched forward pack with a few Springboks in the mix. On paper, the Sharks backline poses a more lethal threat to complete the respective starting line-ups. There will be serious trouble for the Western Province side if the Sharks forwards can dominate the forefront, enabling the backline to execute their set-pieces with sublime flair.

That being said, I will go with saying the Sharks will triumph with 10 points in the second Currie Cup Semi-Final.

What are your scoreline predictions for this weekend’s Currie Cup Semi-Finals? Let us know in the comments below!

Stay tuned in with the latest sports news @WorldInSport 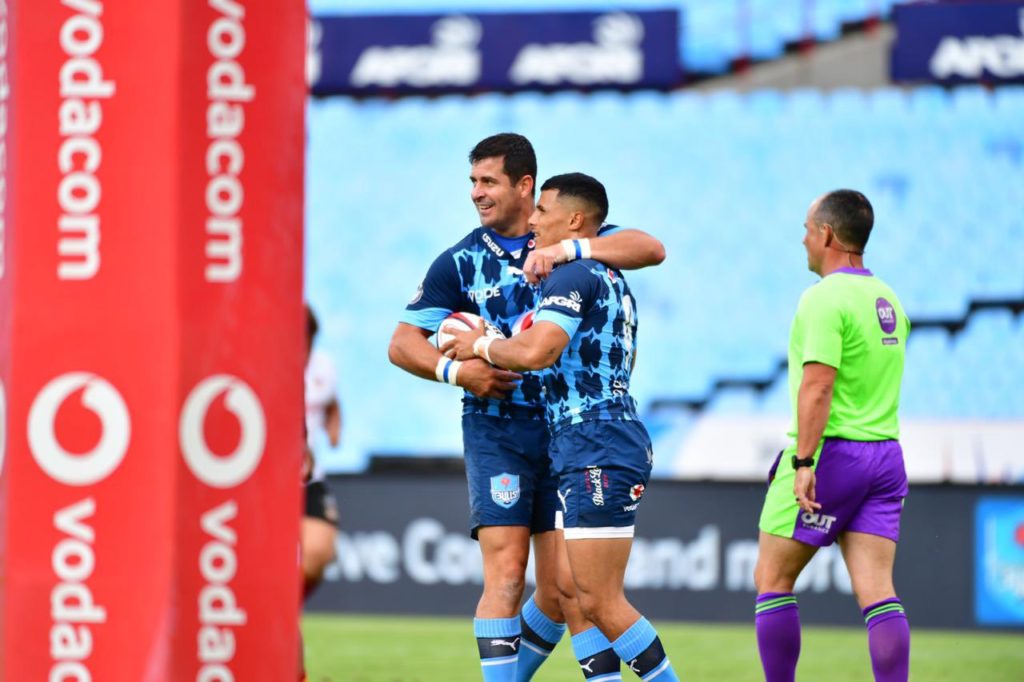