In what was an extraordinary Currie Cup weekend for South African Rugby, many lessons were learnt on and off the field after a great weekend of entertaining fixtures. The Blue Bulls continued to prevail as the superior rugby side in South Africa this season, after claiming a dominant 40-13 victory over the Currie Cup defending champions, Free State Cheetahs on Saturday.

With the blend of experience and youth this season, The Blue Bulls have prevailed as the superior South African side under veteran Head Coach, Jake White. The former World Cup 2007 winning Springbok Coach and current Blue Bulls coach has only lost one fixture ever since the return to rugby in South Africa and is making a bold statement to producing a memorable 2020 season for the Pretoria based Bulls.

The past Currie Cup weekend saw six out of the seven sides in action with most sides having everything to play for to remain in the prestigious competition.

Friday night’s game saw the two bottom sides Pumas host Griquas, as both small union sides sought victory in what was a tightly contested encounter. It took 22 minutes for the first try to be scored and was a well-worked team try as the forward pack of the Pumas managed to control the scrum on their opponents’ 5-metre line for the referee to award a deserved penalty try to the Pumas.

Griquas were not to be outdone by the better forward pack of the Pumas though as shortly after, they responded with a try of their own, courtesy of their left-wing, Eduan Keyter. Moments after, Pumas right-wing Luther Obi finished off a sublime cross-kick to execute an amazing try. As both sides seemed to have their first half warmed up, The Pumas went into half-time 15-7 up with another 40 minutes to determine the winner of this clash.

The second half continued on the stride as the first half ended, with both sides playing out of their skins to keep the majority of the second half scoreless. It was only in the 72nd minute where a great team effort saw Pumas flanker, Daniel Maartens go over the white line for his sides third try and put the game beyond doubt for Griquas.

The game was not to end yet, as explosive Griquas winger, Eduan Keyter managed to finish off a last-minute consolation try to end the game 22-17 to The Pumas, rounding up a great Friday night Currie Cup weekend encounter.

Cheetahs debutant fly-half levelled matters by scoring a great solo try in the corner. Since both sides had world-renowned placekickers, it was a fierce contest between Bulls flyhalf, Morne Steyn, and Cheetahs centre, Frans Steyn with the boot; both kickers displayed flawless place kicking in the first half. Both sides finished the first half even on points, as 2 penalties and a converted try ended the half 13 points each.

In what was expected to be an explosive second half, an ill-disciplined visiting Cheetahs allowed The Blue Bulls to run rampage. The 51st minute saw Springbok flank, Marco Van Staaden cross over the try line following a well-executed Bulls driving maul.

Replacement flyhalf, Chris Smith scored a well-worked backline passing display. The game was all but done as Springbok flanker, Van Staaden rounded up a one-sided second half with a great solo try. 3 tries and 1 penalty conversion, with the visiting Cheetahs unable to respond, gave the Bulls a mammoth 40-13 bonus point victory.

The clinical performance with the boot and well-disciplined Blue Bulls team was the key to a deserved dominant victory and labelling the Pretoria outfit as clear favourites in the South African competition.

The highly expected North versus South derby wrapped up the three exciting Currie Cup weekend games. In what would most likely be a fascinating expansive rugby game, turned out to be the opposite of what was expected. Both sides desperately needed the victory following the previous weekend’s below-par performances.

The first half saw both sides unable to cross the try line and it quickly became a battle between the two placekickers. The Lions used their newly appointed placekicker and fullback, Tiaan Swanepoel, while Western Provinces flyhalf, Tim Swiel took ownership of the tee for the visitors. The first half ended 9-6 to Western Province, which was not the performance that any rugby enthusiast expected from either side.

The second half started with much more excitement as legendary Sevens Star, Seabelo Senatla scored the first try of the match, following a successful conversion to put Western Province in a commanding 19-9 lead. This was far from the end of the game though, as the hosts climbed back through a penalty conversion and an eventually converted try from their right-winger, Stean Pienaar. He successfully managed to catch the Province defence napping, took a quick tap penalty and scored on the side of the post, levelling the game after an easily converted try.

The game was all but over, with both sides tied at 19 apiece. A last-minute penalty after the hooter converted by fullback, Swanepoel, won the game for The Lions in what was a tightly contested affair.

What are your thoughts on this past Currie Cup weekend’s fixtures? Let us know in the comments below! 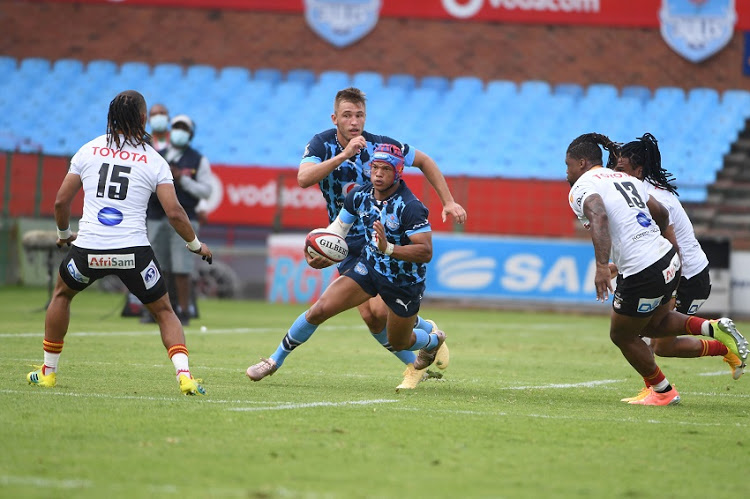