Last night, the Denver Nuggets were facing the Dallas Mavericks on the road in the second leg of a back-to-back start against the Portland Trail Blazers. This game started without Michael Porter Jr. who has been out since November 8 and the game against Miami with lower back soreness. There is no estimation for when he will be able to return on the court.

”He obviously wants to play well really badly. No one really knows what’s going on with that. We just know his back has had some minor setbacks.”

The forward has a rough season start after signing a big contract extension this summer and with Murray’s injury, the Nuggets will need Porter Jr. back on the court and to make big progress to help Jokic. Will Barton, the team leader in minutes per game missed his second consecutive game with lower back tightness.

Nikola Jokic had a season-high 35 points and grabbed 16 rebounds, he also gave 6 assists for the Nuggets in this loss against the Mavericks. Nikola Jokic played a season-high 36:52 minutes in the second leg of this back-to-back after winning at home against the Blazers on Sunday night. The numerous injuries in Denver’s roster could be a big issue as Jokic may have to do more to help his team win. It is not possible for him to keep playing as his team depends heavily on him now.

Besides Jokic three other Denver’s players scored in double digits, Monte Morris scored 17 points and gave 8 assists, Austin Rivers had 12 points and Aaron Gordon added 14 points and 7 rebounds. Unfortunately for the Denver Nuggets, Gordon almost disappeared in the 4th quarter of this game.

In this game, Kristaps Pozingis had 29 points and 11 rebounds, Tim Hardaway Jr scored 19 points and grabbed 7 rebounds, both played a key role in this victory. Hardaway Jr. scored 13 of his 19 points in the 4th quarter to help his team to get the win. The Dallas Mavericks opened the 4th quarter with a 17-6 run with three 3-pointers made by Hardaway Jr., Reggie Bullock and Dorian Finney-Smith that put them ahead 98-88 with 6 minutes remaining. The Mavericks made this run in the 4th quarter with a small ball lineup as Porzingis and Doncic were on the bench.

ALSO READ:  NBA 2021-2022: Golden State roll over the Bulls with another amazing performance from Steph Curry

”I think it was funky. We knew going into the fourth we wanted to get the pace going real high.”

Porzingis played a fair amount of time at center, all of this in addition to his usual position at forward with Dwight Powell playing five.

”K.P. was great on both sides of the ball. When you look at K.P. at the 5, we don’t want to have him out there for 40 minutes for the journey of the season. That’s just too many minutes.”

Jalen Brunson added 17 points and 6 assists in 35 minutes from the bench for the Mavericks. Luka Doncic scored 23 points, collected 8 rebounds and gave 11 assists last night, despite having once again a bad night in terms of shooting (9/23 FGM), Doncic had good activity on the court. Unfortunately, Luka Doncic left the court with 44 seconds remaining with what could be a serious ankle injury. In the final seconds of this game, Nuggets guard Austin Rivers fell on Doncic left leg from behind after Rivers tried to block his layup attempt. This action looks like what happened last season to Lebron James. Hopefully, for the Dallas Mavericks and Doncic, it is nothing too serious.

“He’s always just, ‘Hey, I’ll be good. I’ll be good.’ Hopefully he is good. I don’t think we know yet what it is, but we’re all hoping that he’s healthy and maybe just needs a little bit of time, and he’ll be back soon, hopefully.”

We look at the previous Dallas’s game here. 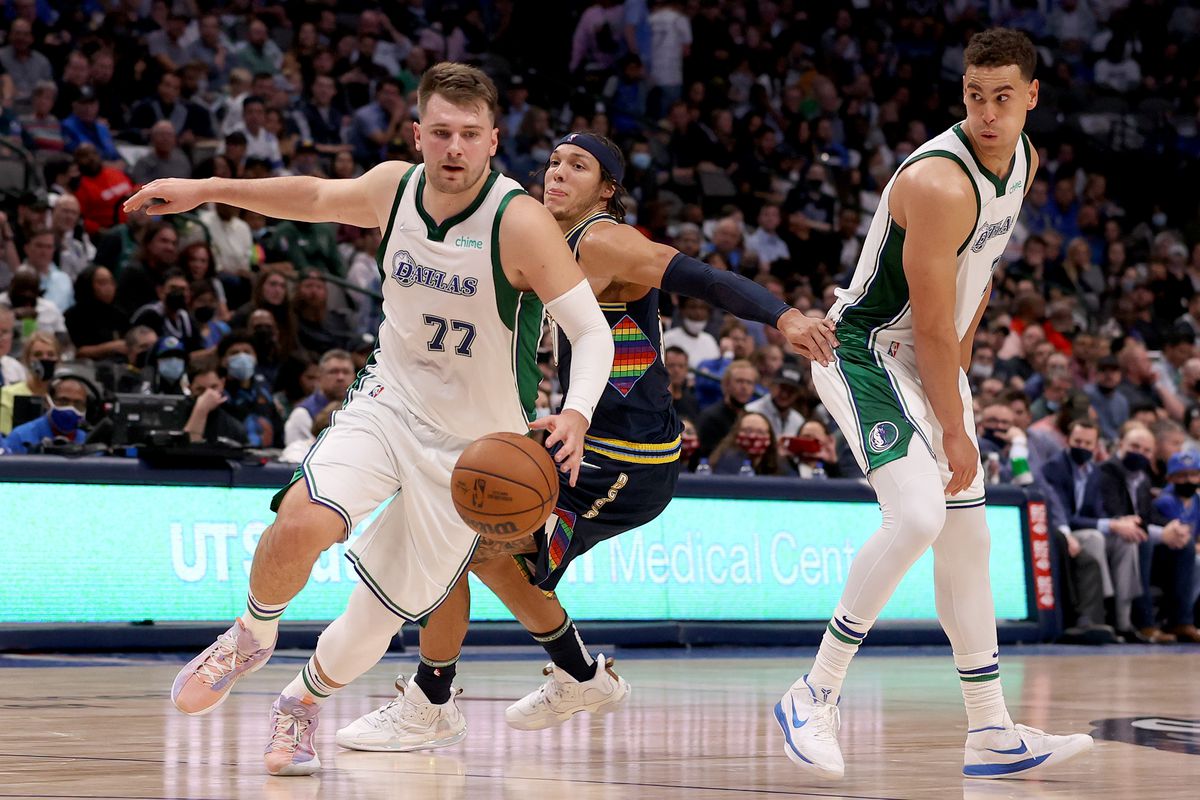