After their win over the Brooklyn Nets on Monday night, the Chicago Bulls were hosting the Dallas Mavericks led by Luka Doncic. Before the game, both teams had the same record (7-3).

Last night, Lonzo Ball (21 points, 6 rebounds, 6 assists and 7/10 3PM) had a great game against the Mavericks, particularly behind the line, the point guard made seven of Chicago’s 15 3-pointers. Lonzo Ball improved considerably his 3-point shooting, obviously, he put up a lot of work during the offseason to improve this part of his game and he has come a long way from long distance. Ball is shooting 44.7% from beyond the arc for his first season for the Bulls, Ball kept improving his shooting as he averaged 30.5% from 3 during his rookie season in 2017-2018 with the Los Angeles Lakers.

”He deserves a lot of credit. He’s put in an incredible amount of work to get himself to that level.”

Five players scored in double digits last night for the Chicago Bulls during its second straight win. DeMar DeRozan scored 17 points after five consecutive games scoring at least 25 points. Nikola Vucevic had 18 points and 10 rebounds, his third straight double-double. Zach Lavine led the Chicago Bulls scoring against the Mavs with 23 points. Alex Caruso had a great impact for his team from the bench, the reserved guard scored 16 points and had 6 steals, he also shot 6-for-7 from the field.

“I just tried to be aggressive when I had the ball and shots went in.”

The Bulls were totally in control in the 4th quarter and never really seemed in danger against the Mavs. Zach Lavine wrapped the game when he received an overhead pass from Lonzo Ball and finished with 360-degree dunk with only 1:50 remaining.

Before this game, the Dallas Mavericks had three consecutive victories and four of five overall, however, they could not stop Zach Lavine and his teammates in the second half. Kristaps Porzingis recorded a double-double in this game, 22 points and 12 rebounds for the Mavericks, Tim Hardaway Jr. scored 21 points and Luka Doncic finished the game with 20 points, 8 rebounds and 10 assists.

”Right there before half, with two minutes left, they went on a run, and we just couldn’t recover from that.”

Despite almost putting up a triple-double in this game, Luka Doncic’s performance was not that great compared to what he showed us in his previous seasons. Like many other players this season, Doncic is having trouble adjusting to the new rules. Doncic is averaging 24.5 points with 8 rebounds and 7 assists, he is also shooting 28.6 % from behind the line which is the worst percentage in his career. Last night against the Bulls he shot 6 for 18 from the field.

”I should take better shots. I know I always say this, but honestly, I’ve got to do it, not just say it. I’ve got to be better.”

For the Dallas Mavericks, the Forward Maxi Kleber missed his 5th straight game for a left oblique strain. According to Jason Kidd, Kleber is doing better.  ”I don’t think we’ve got to the seven- or 10-day mark yet. But once we get there, I think I can give you a better update.” The Dallas Mavericks will face San Antonio on Friday for their third meeting this season.

For the Chicago Bulls, Coby White practiced with the team’s G League affiliate on Tuesday. Billy Donovan said that White will participate to another workout on Thursday. The Bulls will open a five-game trip at Golden State on Friday night without Patrick Williams (left wrist) and he will not travel with the team on this road trip.

We look at the previous Chicago Bulls’ game here. 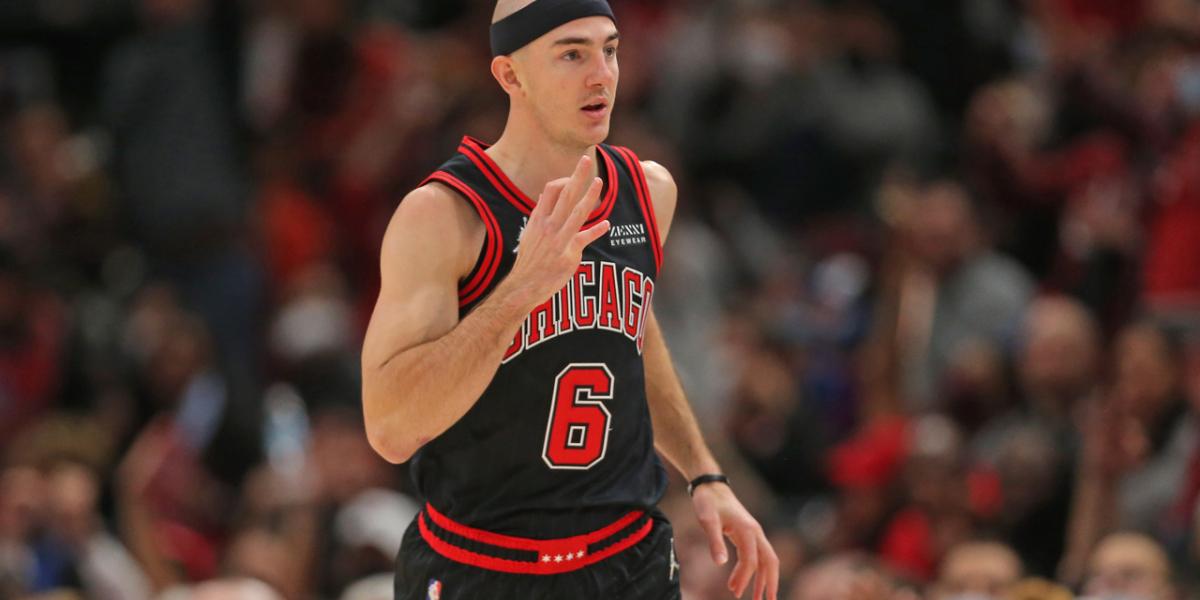