It has only been one hundred nineteen short years since members of the Harvard University tennis team challenged the top players from the United Kingdom. In that time the Davis Cup, named after the Harvard man who actually used his money to create the tournament, has become the largest annual team competition in sports. All of these nations competing for the same eventual goal, the largest trophy in tennis. Only fifteen countries have ever being crowned world tennis champions. But the new format for this year saw a greater opportunity for a new winner.

Eighteen teams were invited to the inaugural Davis Cup by Rakuten Finals which hoped to put the best players in the world to the test and it did not disappoint. Throughout the entire week fans in Madrid were treated to some excellent tennis, the likes of which compare to a Grand Slam. But two teams stood out and it was those two teams that were still standing on the final Sunday.

Spain is the quintessential Davis Cup nation. Led by world number 1 Rafael Nadal, the Finals hosts came into the tournament with five world titles, all since 2000. They were undeniably a favourite in the tournament and did not disappoint en route to the championship tie. After facing a tough challenge in their opening tie against Russia, the Spaniards handled Croatia to move on to the knockout stage. It was there that the host nation dropped the opening rubber of both the quarter-finals and semi-finals, those matches being played by Pablo Carreno Busta and Feliciano Lopez respectively after the unfortunate and untimely passing of Roberto Bautista Agut’s father. But yet somehow, Spain persevered. That somehow was Rafael Nadal. Nadal was 7-0 in both singles and doubles play, doing whatever the team needed from him to get back to the championship tie. Taking down formidable opponents like Diego Schwartzman’s Argentina and Great Britain led by one of the top doubles pairings in Murray/Skupski, Spain got the job done. Opposite them was arguably one of the greatest underdogs in Davis Cup history, certainly since Israel’s surprise run to the semi-finals in 2007.

The polar opposite to the experienced host side, Canada features two extremely young talents in Felix Auger-Aliassime and Denis Shapovalov. Even their battle-tested veteran Vasek Pospisil is only twenty-nine years old. Placed in a group with Italy and the United States, few saw Canada as a serious threat in the tournament. Those doubts were heightened when Auger-Aliassime was ruled out with an ankle injury before the Canadians had even played a single match. But this team was determined to continue what has been one of the best years in Canadian tennis and sports history. After winning both singles matches in each of their ties to make doubles basically irrelevant, Canada moved into the knockout stages where they became even bigger underdogs. The doubts continued to pile up as Canada took on Australia. After winning the first rubber Canada had to fight to finish the job. Doing so meant a date with another talented opponent in the semi-finals. Russia became the first team to take the first rubber from the Canadians, putting the underdogs on the defensive. But Denis Shapovalov pulled it together to force a deciding doubles match where he and Vasek Pospisil managed to fight off the Karen Khachanov and Andrey Rublev.

That set up the championship tie with storylines abound. The hosts meeting expectations to get the opportunity to raise the trophy on home soil and the upstart, young team with enough heart to compete against anyone. The ninth-ranked player in the world returning only three days after his father’s passing to play for the championship. A rematch of the coming-out party for a young player against one of the greatest to ever play the game. While the final scoreline may not exactly represent how close the two matches were, the result was what most expected. MVP Rafael Nadal now has won four Davis Cup titles, bringing Spain’s total to six. On the other side, Canada now knows just what it takes to progress through this competition on the biggest of stages. With such a young team, they will eventually get that final push. In the end, everyone in Madrid can go home happy. Spain once again holds the world title and Canada is rising higher than most could even imagine. 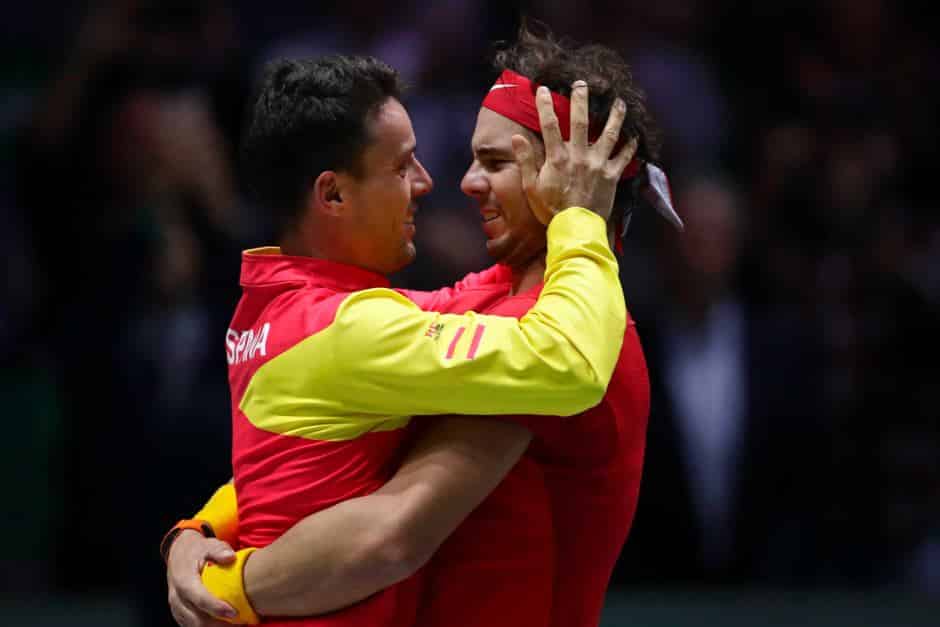