Twenty four hours removed from their victory over the Chicago Bulls, the Miami Heat had a big test ahead of them in the form of the Philadelphia 76ers. The Heat bring with them their five game winning streak as they entered the contest.

Philadelphia began the contest on a twenty-five to six run before Jimmy Butler ended the run with a dunk for Miami. After two free throws from Joel Embiid, Tyler Herro made a three-pointer and two free throws for Miami. By the end of the first quarter, the Sixers led 28 to 13.

The Sixers went on another run, scoring seven points to the Heat’s two, which came from Goran Dragic, forcing them to call for another timeout. With Philadelphia leading 35 to 15, Miami went on a nine to two run, but a pair of three-point plays from Tobias Harris ended the run for the Sixers. Miami would answer back with baskets from Butler and Chris Silva as Philadelphia led 46 to 30. The Sixers ended the second quarter on a six to five run, maintaining a strong lead over Miami with a score of 55 to 35.

Philadelphia opened the third quarter on a ten to nothing run, led by Embiid, Harris, and former Heat player Josh Richardson, before Miami responded with a free throw and a layup from Bam Adebayo. After a shot clock violation on the Heat, the Sixers continued to make the most of their offensive production, getting second chance points against Miami. With Philadelphia ahead 80 to 43, the Heat closed the quarter on a sixteen to eleven run, which saw rookie Tyler Herro make a buzzer-beating three-pointer. The Sixers were still ahead 92 to 59.

As the fourth quarter commenced, Richardson and Horford picked up the offense for Philadelphia, knocking down mid-range jump shots and three-pointers, increasing their lead. With Philadelphia leading 102 to 64, Kendrick Nunn, who didn’t score a basket early in the contest, would get himself on the board for Miami, making several layups and jump shots of his own. With the Sixers still ahead 109 to 72,  the Heat tried to rally in the late stages of the game, but the game was out of reach as Philadelphia would go on to win 113 to 86.

Miami’s five-game win streak came to a rough end against the Sixers, who out-rebounded the Heat and got second chance points. Jimmy Butler and Kendrick Nunn had an arduous time trying to get their shots to fall against Philadelphia’s defense, but they never gave up, despite the challenge that was in front of them. On top of that, the Sixers made 28 assists to the Heat’s 12 assists. Miami shot 40 percent from the field, 74 percent from the line, and made 25 percent from three-point land.

For the Heat, Tyler Herro had 20 points, Goran Dragic made 18 points, Bam Adebayo with 12 points, Jimmy Butler had 11 points, and Chris Silva made 10 points.

For the 76ers, Josh Richardson led the way with 32 points, Tobias Harris made 19 points, Al Horford had 16 points, and Joel Embiid with a double-double of 23 points and 11 rebounds.

Miami return back home to the American Airlines Arena, where they will host the Charlotte Hornets. Game starts Monday at 7pm and will be televised locally on Sun Sports. 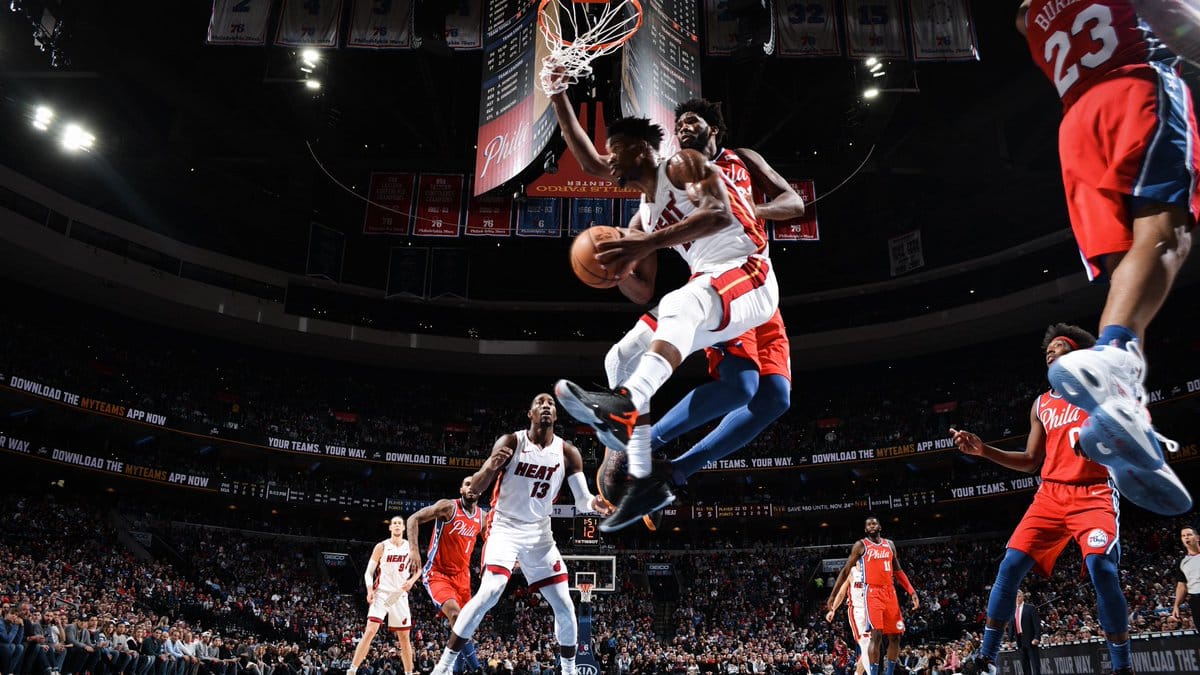