Bryson DeChambeau produced a solid start to his US Open title defence with a par and a birdie in his first two holes.

His tee shot on the first hole found the left fairway bunker. However, only requiring a wedge to the green, he was left with a fairly straightforward approach shot. He hit it nicely and finished 13-feet from the cup. He slightly under-read the borrow on his putt, missing on the right side of the hole, and walked away with a comfortable par.

On the second hole, he hit a brilliant drive down the left side of the fairway, carrying the ball almost 300 yards, setting up an easy wedge shot into the green. His approach came to rest 4-feet from the hole, resulting in a birdie and a very nice opening to his title defence.

Arriving at the par-3 third hole, which proved to be a difficult hole for many players on day one, DeChambeau found himself on 1 under par. His tee shot went well left of the green and he was faced with a difficult pitch shot to get up and down to save par. He left his first attempt short of the putting surface and encountered another difficult up and down to avoid double bogey. An immaculate chip to 4-feet and a holed putt saw him card what was, ultimately, a good bogey.

Two further bogies in the next four holes saw DeChambeau drop to 2 over par for the championship.

DeChambeau’s pitching wedge into the par-3 eighth hole left him with a 30-foot double breaking putt down the hill for birdie. He judged it to perfection and clawed his way back to 1 over par heading to the par-5 ninth.

A beautiful drive down the ninth hole, splitting the fairway, left him with 290 yards to the green. Attempting to reach in two, he played a 5-wood. His shot leaked a considerable distance to the right of the green but he was left with a reasonable angle to attack the pin, though coming out of the rough made it difficult to control the spin. He could only manage to hit his 50-yard wedge shot to 20-feet from the hole and was left to navigate a severely breaking left to right putt. He could not convert the birdie and would make the turn in 1 over par.

A nice drive and wedge down the par-4 tenth hole left DeChambeau with a good look at birdie from 16-feet. He couldn’t make the putt and would settle for par.

The next three holes proved a struggle for DeChambeau with three consecutive bogies. However, he was not alone in this battle as the eleventh and twelfth holes ranked 1 and 2 in difficulty, respectively, on day one.

On the eleventh hole, he tried to muscle a 6-iron 222 yards and left himself in the right green-side bunker with a very difficult shot to get up and down. He played a nice bunker shot, given its severity, but couldn’t save par and fell back to 2 over.

Despite the eleventh hole ranking the most difficult hole on the course all day, DeChambeau’s playing partner, and 2021 Master’s champion, Hideki Matsuyama, made birdie.

Matsuyama’s shot into the par-3 was nothing spectacular but he left himself in a good position, albeit a considerable distance of 50-feet from the hole. Putting from a distance greater than 25-feet, Matsuyama holes around one in every twenty attempts, so holing a 50-foot putt was a bonus. A two-putt would have sufficed as par around a US Open course is worth its weight in gold.

Matsuyama, who shot a well-controlled 2 under par, showed that accurately positioned irons will be pivotal to success around Torrey Pines.

On the twelfth hole, DeChambeau missed in the wrong places with his tee shot and his approach and left himself scrambling for par once again. He hit a beautiful putt but it lipped out of the hole and he dropped to 3 over par.

After a magnificent drive on the thirteenth hole, DeChambeau looked well-positioned to make birdie and climb back up the leaderboard. However, a poor miss saw his ball roll a significant distance down the hill into a divot in the collection area short of the green.

He proceeded to hit his third shot into the green-side bunker and eventually carded a bogey, putting him at 4 over par for the championship.

DeChambeau managed to right the ship in the last five holes with two birdies and three pars to card a 2 over par opening round, 73, and sit only six shots behind the leaders going into round two.

Great rounds from Russell Henley and Louis Oosthuizen saw both players tied for the lead at 4 under par. Francesco Molinari and Rafael Cabrera Bello each carded rounds of 3 under par to find themselves one shot back.

Oosthuizen, 2010 Open Championship winner, has yet to lead or co-lead after the first round of a major championship. With one win and five runner-up finishes, at the majors, already to his name he is in a great position to add a US Open title to his resumé.

Impressive scores from the morning players included a 2 under par round from Brooks Koepka. A two time US Open champion, he understands how to craft a good score in US Open conditions. Starting off his round on the tenth hole Koepka got off to a fast start. A clean scorecard, with three birdies and six pars, saw him make the turn in 3 under par.

He made birdie on the par-4 second hole (his eleventh hole) and took the outright lead at 4 under par. Appearing to be in cruise mode he looked poised to post a very good score. However, a poor tee shot at the par-3 third hole meant he had to take a drop from the hazard and was faced with an up and down to save bogey. He hit a lovely chip shot to 8-feet and proceeded to hole a clutch putt to drop, only, one shot.

After a further dropped shot on the seventh hole and five closing pars, Koepka finished his round at 2 under par and finds himself two shots behind the leaders going into today’s round.

Another former US Open champion, Rory McIlroy, also started the championship well, shooting 1 under par. His round included birdies on the first, seventh, twelfth and eighteenth holes.

It was one of the best opening rounds in a major he has produced since his win at the 2014 PGA Championship.

In last year’s US Open at Winged Foot Golf Club McIlroy posted his lowest round, 67, in a major since that 2014 win, and he went on to finish tied eighth for the championship. His game appears in good shape to finally end his drought of major wins.

DeChambeau’s driving was not too far off his best in round one and his putting stroke was pure. However, poor iron shots into the green meant he did not have enough looks at birdies. If he can improve his iron play today a low round is on the cards, and he could find himself in a great position to defend his title going into the weekend. 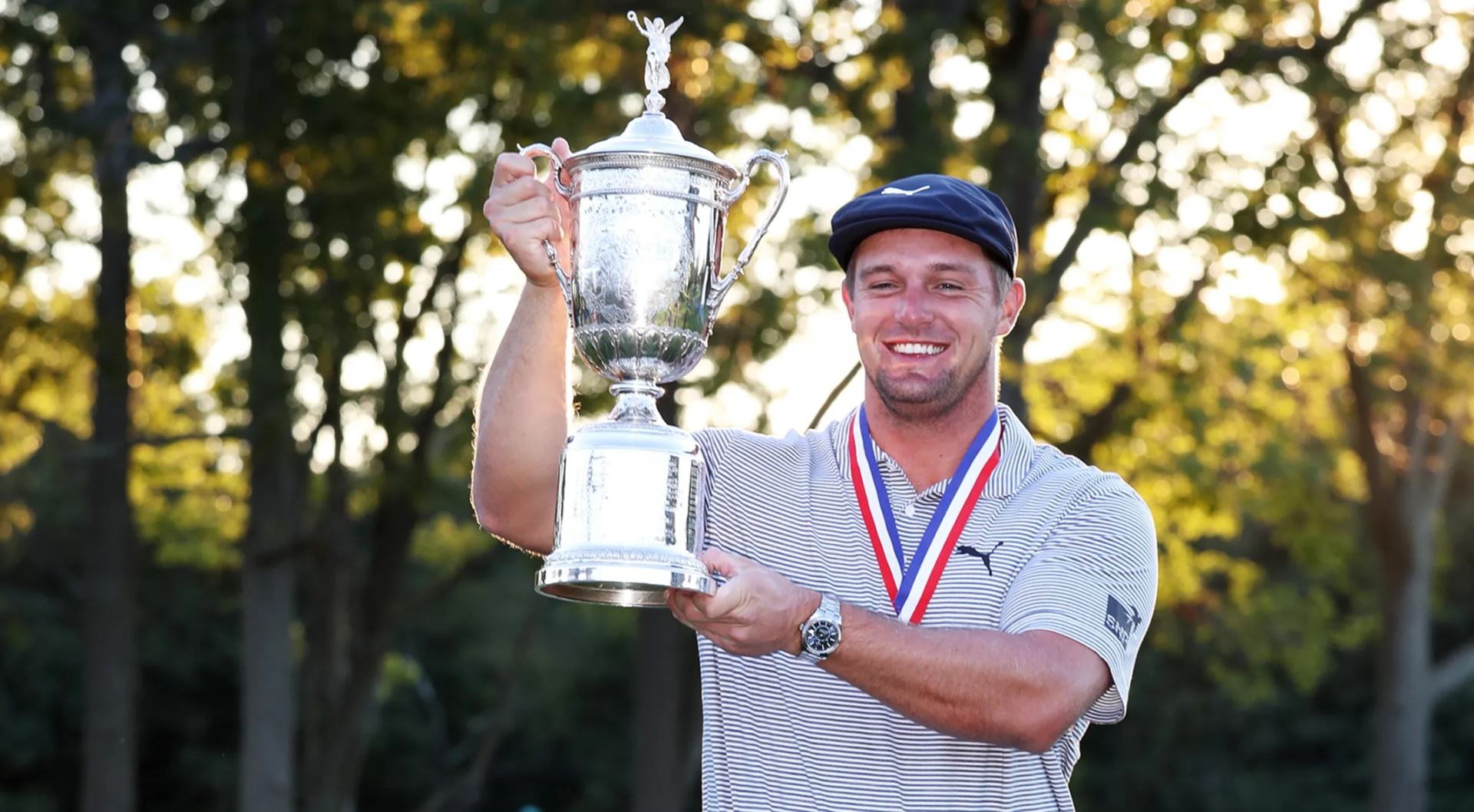