The Washington Wizards snapped their five-game losing streak on Sunday with a 108-95 win over the New York Knicks. Defense really helped guide the Wizards to victory in this one. Five players were in double figures for Washington and they also clamped down on the defensive end. They held Tim Hardaway Jr., arguably the Knicks most talented player, to seven points on 2-10 shooting. Overall, it was a very complete performance from the Wizards and this is something they can build on as they head back out on the road.

John Wall was back to playing lockdown defense

And boy did he need this. After all of the “Trade John Wall” talk from local fans throughout the week, Wall let them know exactly how valuable he is to this team. He accounted for 26 points, seven assists, and five steals in 38 minutes. He also shot 9-16 from the field and made 50% of his three-point attempts. If John Wall can bring this defensive level of play every night, there would be no question whether or not he is an elite point guard. However, he has periods where he does not show this level of play and it leaves doubters questioning where he ranks among the other point guards.

Dwight Howard got his first double-double

Another player who has done a great job silencing the doubters is Dwight Howard. Tonight, Howard accounted for 10 points and 10 rebounds in 31 minutes of play. So far, Dwight has done exactly what Wizards fans wanted him to do. He has been a complementary piece next to John and Brad and has made the most out of his chances when he has had the ball. If Dwight can continue playing lockdown defense and pulling down rebounds, chances are Washington will have a lot more success down the road.

This was a major issue during the losing streak and it finally patched up tonight. The Wizards held the Knicks to 95 points and New York did not have a great time shooting the ball. They shot 18.5% from three and 42% from the field. These are huge improvements from the losses they suffered beforehand. This goes to show what a good defense can do.

Shooting is still a problem

The Wizards still aren’t a good shooting team right now. Even when Otto Porter was in the lineup, the shots weren’t falling. But tonight, they looked even worse. The team only shot 23% from deep and the only Wizard to make more than one three was Wall who went 3-6 from deep.

They have to get some better looks. So many of their threes come late in the clock and from above the break. It’s harder to generate corner threes because of switching in today’s NBA, but they’ve got to find a way to do it. Defense can get things rolling, as we saw in that third quarter. But they’ve got to keep that effort up consistently to become a threat from deep again.

Bradley Beal’s improvement is a joy to see

Beal showed excellent court vision despite what the stats tell you. He only shot 1-7 from deep, but hit 7-14 from the field overall. Along with that, he had eight rebounds, four blocks and three assists. Two seasons ago, I just do not think he has this type of game. It is amazing to see the player he has blossomed into. I hope Beal can continue being a solid piece alongside Wall and help the Wizards win many more games this season.

What’s next for the Wizards?

The Washington Wizards will head to Dallas to face the Mavericks on Tuesday night at 8:30 PM Eastern time. Dallas are coming off of a 118-106 loss to the team Washington just played. Hopefully tonight’s performance is the beginning of things to come. 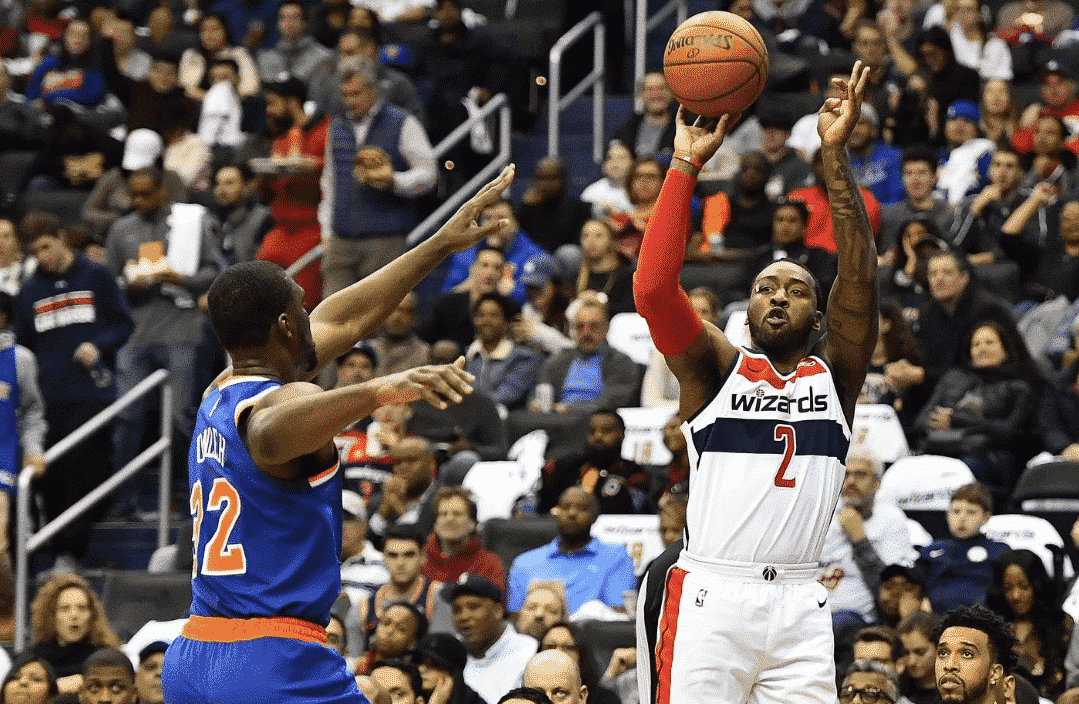