Israel Adesanya stood out on the main card but serious battles could be found up and down UFC 230. We discuss the highlights in the recap today.

Lando Vannata and Matt Frevola put on a barn burner

If any missed the fight that capped off the UFC Fight Pass prelims they have to see it. Vannata came out fighting with his usual quirks but he has been sharpening his discipline since leaving the Jackson- Winkeljohn camp in favor of a new team he set up with friends. Frevola kept hammering away throughout the fight with his deep gas tank and worked his way out of sticky situations.

Both men brought the flash in their as Vannata threw his spinning hooks kicks to the head and body and Frevola had success with head kicks and jumping knees.

Vannata done some of his best work against the cage with right crosses and a tasty looking left hook to the body to diminish the engine of his opponent.

The brief looks on the ground were fluid and the fight quickly switched back to crisp strikes on the feet.

Both men were on their A Game throughout the bout which ended in a Draw. Frevola was the hometown boy in this one and even after that the fight still ended the way it did, proving just how special this fight turned out to be.

Israel Adesanya wakes up the Middleweight Division as Brunson gets slept.

The most impressive fighter on the card was Israel Adesanya as he dealt with the dangerous Derek Brunson in emphatic fashion. For someone who did not get into wrestling until his MMA career his take down defense was solid against the more well versed Brunson.

He threw knees against the cage that dropped his opponent and swarmed for the finish. Adesanya threw kicks without fear and landed a right hand off of a question mark kick. Derek Brunson is a power puncher that posses a strong wrestling background yet the Last Stylebender shut him down with poise and grace.

The Last Stylebender displays a truly thoughtful fluency to his striking that I talk about here.

The Dexterity of the Last Stylebender

Jacare proves to be a gentleman as he finishes Weidman in the Third Round.

The respect these to have shown for one another in the lead up to this fight is a beautiful thing to see a sport as harsh as MMA. Jacare took the fight on short notice to replace the injured Luke Rockhold.

This respect did not end last night as Jacare caught Weidman in the temple and shot the lights off. Weidman lay on the canvas for a moment, clearly out of it, and made a dazed attempt at grappling. Jacare did not want to follow up with strikes and reluctantly threw a few hammer fists at the refs request.

Why you want me to kill him bro? #UFC230 pic.twitter.com/zu2kUkdosg

Weidman is recovering after the bout but still put out a tweet to congratulate his friend on the win.

Unfortunately last night didn’t workout for me. Congrats to Jacare & his family & team on a amazing win. He is a true warrior & it was an honor to share the octagon with him. Thanks to everyone for the support, love & prayers. I appreciate it all. I will be back better from this!

Daniel Cormier vs. Derrick Lewis for the Heavyweight Belt.

Daniel Cormier builds his legacy with a dominant win over Derrick Lewis. His wrestling needed to be a staple of his game to defuse the dangerous right hands of Lewis and the Champ Champ did just that. Securing control in Round 1 and then Round 2 Cormier tapped Lewis with a Rear Naked Choke

Lewis fought hard against his opponent but ultimately came up short. In the process Lewis has gone from strength to strength, he even bagged himself a relationship  and possible promotional role with Popeye’s chicken. If that does not reek of victory I don’t know what does. Unfortunately the local Popeye’s did not dish out the free food to customers as Lewis lost to the champion.

The main event had been switched around for UFC 230 and finally settled on Cormier vs. Lewis. They rushed into this main event but had little other fights to make. Lewis has only fought recently and needed to make improvements in his cardio going forward. The fight turned out to be a great way to close out the UFC’s return to Madison Square Garden. 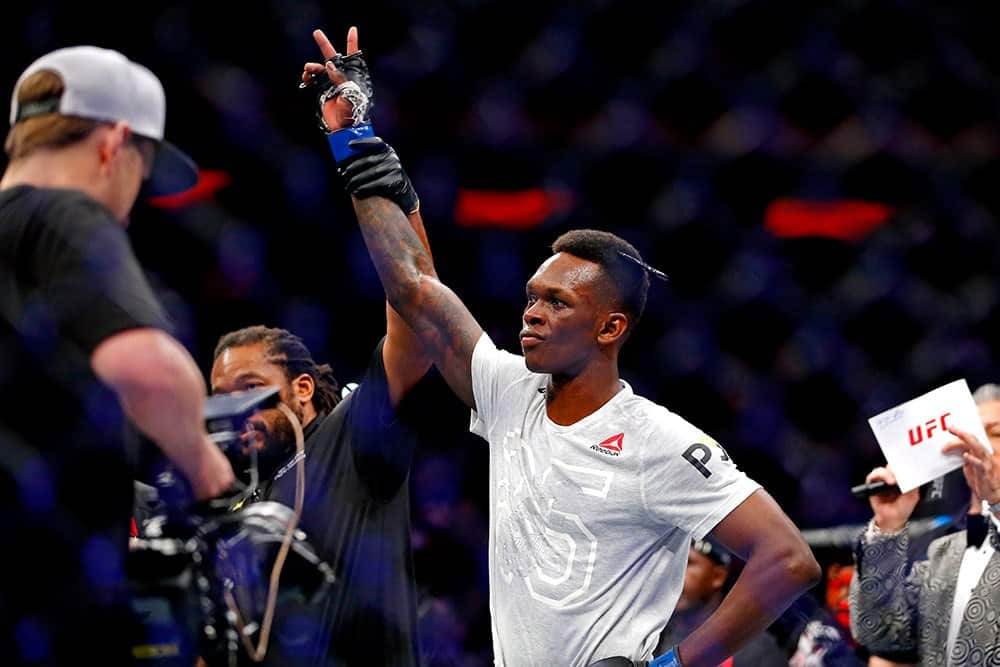