India’s tour of Australia in 2007/08 must rate as one of the most heated, bitter and competitive series India has played ever. Andrew Symonds coming out recently and saying that the Monkeygate during this series, ruined his career, says something about how bitter this series was.

India going into the series

Indian team came into this series with plenty of momentum behind them. The team had recovered remarkably well from the World cup 2007 debacle, to win the English test series. The T20 team had won the inaugural World Cup T20 and the country was on a high.

Australia going into the series

Australian team was the top dog in world cricket then and they had reinforced that with a resounding 2007 World cup win. Just before the series, they had visited India for a ODI series and beat them quite easily.

Australian cricket viewers were hoping for some competition to their all-conquering team. India was to provide that when they reached their shores, at least after the first test in Melbourne. 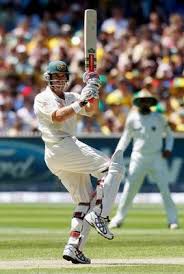 The boxing day test is a big event on the Cricketing calendar, when the Northern teams take on the Antipodean teams in their backyard. In staying with the traditional spirit, Mathew Hayden scored his customary century to help Australia make a good first innings score on a sluggish pitch. India struggled to put up a good score in their innings and kept up their reputation of being slow starters. The sluggish pitch made run scoring difficult for both sides and the cricket was quite attritional in nature. In the end, Indian batting never kicked on in both the innings and India lost the test match quite easily.

The first test ended being quite anti-climatic for the series that was billed as  the clash of the titans. However, things would change soon and the series would live up to the expectations from second test.

Second test in Sydney – The test match from hell

The new year of 2008 was welcomed by what turned out to be one of the most controversial test matches in Cricket. The clear day to start the test match did not give a hint of the storm that brew behind it. India bowled beautifully on a flattish pitch reducing  Australia to 6 wickets for 130 odd runs. What followed was the first trigger of the ugly storm. Ishant bowled a beautiful rising delivery that took Andrew Symonds’s outside edge. Except for the umpire Steve Bucknor, the whole world heard the nick.  But it was that finger of his that mattered and he declared Symonds not out. Symonds went on to score a big hundred and along with Brad Hogg and Brett Lee, he rescued their team to a big score.

India gave a fitting reply to Aussies in the first innings with VVS and Sachin scoring hundreds. However, during this innings, the second big trigger to the storm took place. Harbhajan Singh had stitched an important partnership with Sachin. The cricket in the middle heated up with Harbhajan and Symonds exchanging some unsavory words. Symonds accused Harbhajan of calling him “Monkey”, a racial slur. Harbhajan denied the accusation. The Indian team, who had already been upset due to Steve Bucknor’s error, threatened to pull out of the tour rallying firmly behind Harbhajan. After some discussions, the issue was kept in abeyance and the referee allowed the match to proceed. However, the worst was yet to come. 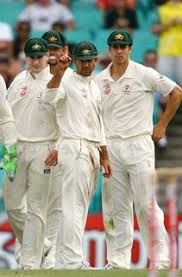 Australia put up a formidable second innings score and left Indian with the only option to try to earn a draw. Indian second innings floundered on the back of some horrendous umpiring. It started with Dravid receiving a dodgy caught behind decision. Then came the “Ponting plays umpire” moment when he self-declared Ganguly out and the real umpire was good enough to take his view and declare Sourav out. The match was reduced to a farce as India went on to lose the match by 122 runs. The defeat added plenty of fuel to the Indian fire as the off pitch drama reached its crescendo. Words were exchanged, statements were made, even the otherwise reticent Kumble made Bill Woodful like statement about the match. The spirit of the game hit the lowest as it had during the Bodyline series in 1930s.

Despite the hullabaloo of the second test, the bottom line was that India had lost the test and were down 2 nil in the four test series. Some of the Aussie commentators added fuel to this misery by saying that the Perth pitch had regained its pace and bounce. The Australian think tank added Shaun Tait to the team and threw the pace gauntlet at India. Incidentally, Australia were once again on a 16 match unbeaten streak hoping to get the 17th to create a record. India had stopped them in Kolkatta in 2001 from recording this feat. But could they do it again ?

Indian selectors called in Sehwag, who had been dropped for the tour due to poor run of form. Viru was immediately added to the playing XI. The luck changed for the Indian team from here on.

India batted first and put on a good 300+ score on the board. Sachin played a delightful innings that included a cute upper cut over the keeper of Brett Lee. During the Australian first innings, the Indian bowling was on song with RP Singh and Irfan Pathan swinging the deliveries at pace. India bundled out the Aussies for 200 odd runs and set the course for an unlikely win in Perth.

India batted again and gave the Aussies a formidable 400+ score to chase in the final innings. The most memorable moments of this test were about to begin. Those moments came during the first session on the last day of the test. The contest was between the tyro, Ishant Sharma and the veteran Ricky Ponting. Ishant with that high arm action and hit the deck style, evoked Indian aspirations of having found an Indian McGrath. He lived up to those expectations by repeatedly troubling Ponting with his in dipping seamers. But to Ponting’s credit, he hung around  and used up valuable time as the ball lost its shine. For a moment it looked like Ponting would survive this spell from Ishant.. 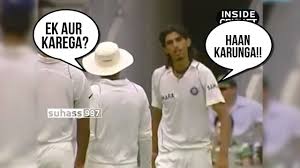 But Viru pushed Kumble to give Ishant one more over. Ishant this time got the ball to straighten and found Ponting’s edge. This spell and that edge have gone done in the annals of Indian cricket as indelible memories.

India duly won the third test with Irfan and Viru providing valuable breakthroughs. Viru bowling Gilchrist round his pads is another standout moment of the final innings from an Indian perspective. Thus, India stopped Australia from winning the world record 17th consecutive test win, yet again.

After the exhilarating third test, cricket viewers expected a finely contested fourth test match. In fact, most of the commentators expected India to win the test and draw the series level. The match started as expected, with Indian batting dominating the first two days. Sachin scored an yet another commanding century in Australia. India posted a mammoth 500+ score. In reply, the Aussies showed us why they were the best in business. They gave India no chance to win the test, by replying with a bigger first innings total than India’s. Hayden and Ponting scored centuries to help Aussies achieve a big total.

The match seemed headed towards a boring draw. However, India decided to make things interesting. India lost early wickets and Dravid had to retire hurt. The Indian spectators went into panic mode, when Sachin got himself run out off a ‘brainfade’. “Will India conjure up a loss ?” seemed to be the question. Perth glory was forgotten in a hurry. 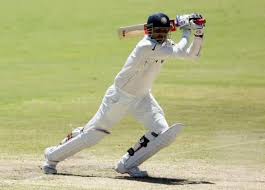 The Indian team found an unlikely savior in this scenario. Viru played a magnificent innings of 151 to calm the Indian dressing room and the spectators. India finished the test with an honorable draw. This test match showed the hitherto unknown ability of Viru to play match saving innings.

Even though this test series ended in Australia winning, it was the beginning of the end of Aussie dominance. As with all champions, the dampening effect they have on opponents even before the game starts, is an important reason for the champions to win. This series showed the other teams that Australia can be beaten and that too in their own backyard. It was only a question of a team with a slightly better bowling arsenal than India to win a series against them. That team turned out to be South Africa. They went one step ahead of India and beat the Aussies in their home series in 2008/09 season. Finally, the Australian juggernaut had been stopped. The Indian team of 2007/08 played a big role in making this happen.

For details on latest in cricket, please visit https://www.thecricketblog.info/ 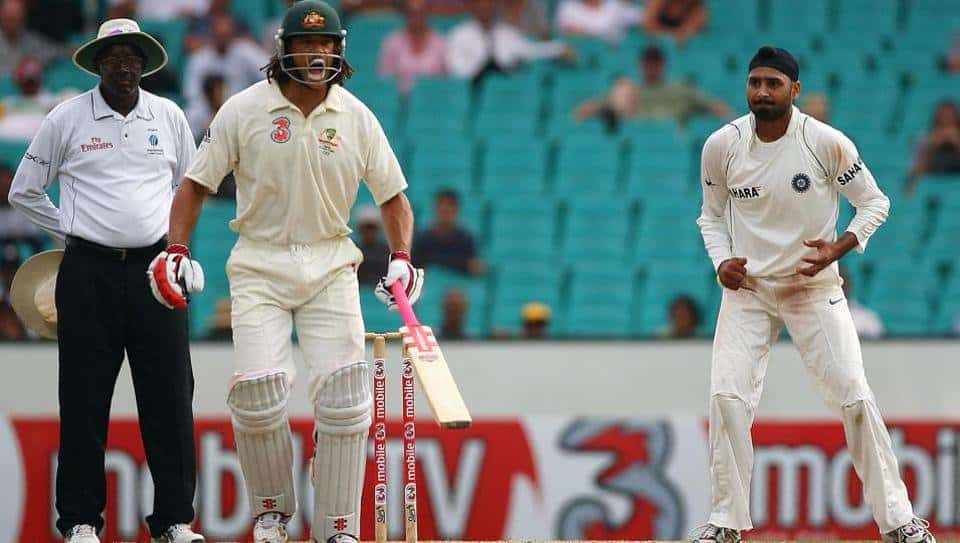