If there was ever a case that God was an Englishman, the Cricket World Cup in 2019 was prima facie evidence of it. As the gods descended on the spiritual homeland of cricket, Lords, on a glorious day in late July, the nation for once came together in solidarity, free from the corrosive side effects of Brexit, and with only one sole objective in mind – to become champions!

Pundits and commentators scrambled intensely through their statistics, looking for patterns, a precedent that they can work from, as this was an entirely new terrain. They found little crumbs of comfort – no longer is England a team that ‘loses its bottle’ mid-stream in international tournaments but one that is fearless and immune from the pressures of success – an expectation for the very first time that has crystallised into tangible success. Poetic chants could be heard in every town up and down the country – “it’s coming home, cricket is coming home”. This will now be inscribed in English folk law as a defining moment and will go down in the annals of English sporting history.

Now that a week or two has passed, it is an apt time for a further matured reflection – yes, England are winners (still hard to fathom), but let us spare a thought for New Zealand who played out of their skins throughout the tournament, and would have been worthy winners too – if only they hit a few more fours!  There were also other winners and emotional stories of note: despite losing every match Afghanistan took us on a colourful journey and brought a new refreshing dimension to the game. The Afghan diaspora came out in their hundreds to watch their team play with men wearing their traditional Peshawari turban and ‘khet partug’, a kind of male dress. Similarly, Afghani women were equally vocal and exuded passion for the game dressed beautifully in their local cultural costumes.

After a slow start, losing convincingly to Australia, Sri Lanka and New Zealand, confidence within the Afghanistan cricket team grew and so did their performance in equal measures: losing by a narrow margin in the last over to the might of India, putting up a honourable show against the talented Bangladesh and Pakistan. Whilst the post-mortem continues to gather pace on the progress (or lack of) of the Indian cricket team, the future is bright for Gulbadin Naib’s Afghan side, and rightly so.

The astronomical rise of Afghan Cricket from humble beginnings to performing on the biggest stage of all is an incredible feat and is not one that has gone unnoticed: it is down to a few key substantive reasons in their short but eventful history. Firstly, it cannot be overstated that Afghans (primarily Pashtuns) are a proud and passionate race. As Giani Khan, the notable philosopher and poet put it so poignantly “a Pashtun is not merely a race but in fact a state of mind, there is a Pashtun lying inside every man; when at times wakes up and overpowers him”.

Pride can only take you so far though. But Afghans have more to offer than just that. There is an undeniable desire and hunger for success, and combined with a sprinkling of talent, the raw ingredients are clearly there awaiting to be processed and served to the World.

Although cricket dates as far back to the 19th century when it was played by the British in colonial times, Afghan cricket’s provenance and evolutionary lineage can be more accurately traced in the refugee camps of Pakistan. This is where Afghans sought solace from their war-torn country – a far cry from the tranquil surroundings and playing field of Lords!

Given the popularity of cricket in Pakistan, there was no surprise that cricket, when taken back by the Afghans in early 2000s, would plant a new sporting seed and a dream within the minds of young Afghans. Dream they did with an aspiration to have a national team and to play in the World Cup. The latter crystallised in 2015 when they played in the ICC Cricket World Cup.

Cricket is now rapidly becoming the Nation’s first game usurping the influence of football. There is a growing infrastructure in place both at a national level and amongst schools and local provinces. There is even an Afghanistan Premier League which is based in Dubai and attracts players from all over the world with its inception in October last year at the Sharjah Cricket Stadium.

The cricketing superpowers have also played an instrumental role in strengthening the governance and mentoring talent across the landlocked mountainous country. The BCCI, the regulatory body for cricket in India, last year announced that all international teams touring India will only be played on the premise that one practice game should be with Afghanistan, an arrangement which invariably has reaped rewards and further enhanced the Afghan team’s international profile. The likes of the Marylebone Cricket Club, the world’s most prestigious cricket club based at Lord’s Cricket Ground, in collaboration with private donors, has supported Afghan cricket projects and reached out to millions of children with a view to strengthening the breadth and depth of cricket at the grassroot level. This has included building more cricket pitches, having more trained professional coaches and hosting a greater number of regional tournaments.

Afghan cricket was granted Affiliate status by ICC in 2001, with their first international silverware in 2007 by becoming joint winners of the inaugural Asian Cricket Council T20 Cup with Oman.

The laying of that platform allowed the team to propel themselves higher: the first ICC World T20 appearance in 2010 where they rubbed shoulders with the ‘big guns’, a significant learning curve for the team. Their sustained rise was rewarded in 2013 when they were elevated from Affiliate to Associate status by the ICC. The next four years Afghanistan continued to participate in major cricketing events and recorded their first-ever win in a World Cup in 2015 match by defeating Scotland. In those same four years they were awarded test and full member status by the ICC.

The governance of Afghanistan Cricket Board is also much to be admired. The tone has been set at the apex with the Patron-in-chief being the President of Afghanistan, His Excellency H.E. Mohammad Ashraf Ghani. They have a strong and well-functioning Board and management structure with former professional cricketers Azizullah Fazli and Asadullah Khan, as Chairman and CEO respectively.

Cricket historically was viewed through the prism of an English gentleman very much akin to golf. It’s a game of quiet dignity and a sport from a more refined age. In its early days cricket was considered (and perhaps even now) an elite sport with participants conscripted from public schools in England. It was part of the fabric and culture of high society – it was less about the sport but more centred around the village green where the top brass and the like would meet as one would in a kind of religious ritual. Who would think a few hundred years on the cricketing axle would be tilted heavily towards the sub-continent with new entrants such as the Paschtuns, who in this recent World Cup have distilled 11 players of fine talent with a few genuine world-class stars – the likes of Rashid Khan and Mohammad Nabi.

Afghanistan has a long history of foreign conquerors. At the crossroads of Asia and Europe, this land was conquered by the likes of Alexander the Great c.300BC. Genghis Khan once dominated the country in the 13th century, and by the late 1800’s it was invaded by various Arab conquerors. No surprise to see the British influence during the 19th century. The erstwhile USSR have also had a piece of the cake in the late seventies and it was only a decade later that Afghanistan was guaranteed independence. There has of course been continuous internal militia warfare and external military operations under the United Nations forces ever since. However, the Paschtuns have been brave throughout their turbulent and extraordinary history and have faced great challenges against all odds with courage and valour. It is this inner belief and confidence that has placed them on a healthy trajectory once again, and cricket is ever so increasingly becoming the catalyst and focal point for that success.

What makes Afghanistan great in the gentleman of all sport can be perfectly summed up by Col ‘Buster’ Goodwin who was stationed for 20 years on the Frontier Express – “Our dealings with Pathans was a gentleman game. No matter how poor a Pathan was, he might meet the King of England or the Viceroy of India but he’d look him in the eye and shake hands as if to say, I’m as good a man as you are.” 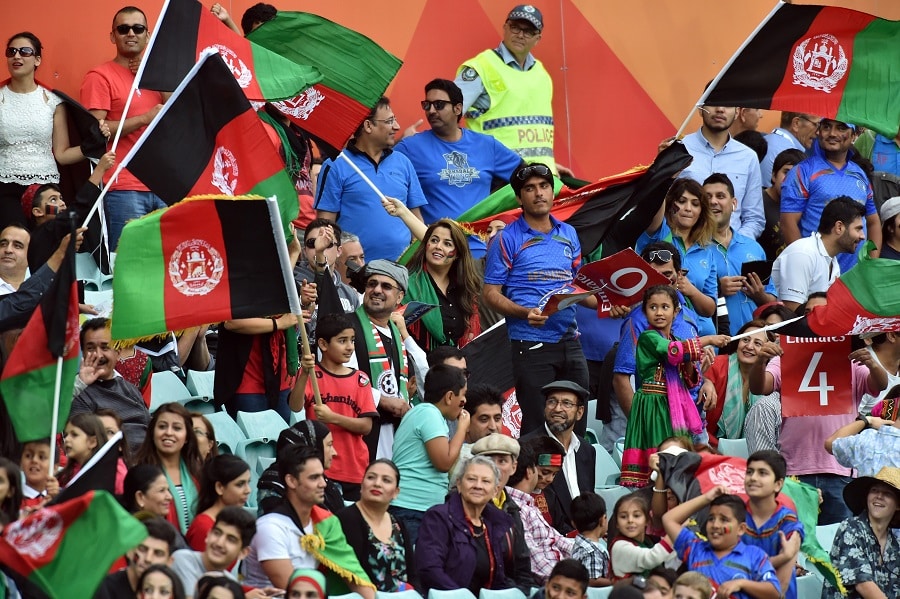