The International Champions Cup match against Fiorentina at Red Bull Arena in New Jersey felt like a home game for the Portuguese team from Lisbon. The crowd was announced at 12,141 and most of  them went home happy as the supporters wearing red cheered on a late goal to keep the team undefeated in the three game tournament.

The scoring started off in the 9th minute as Seferovic once again found the back of the net to give Sport Lisboa Benfica the lead early in the contest 1-0.

Fiorentina was able to tie the game at 1-1 when Vlahovic tied the game for the Italian side and send it into halftime tied.

Benfica then missed a couple of good chances from Seferovic and Rafa to add to the lead but couldn’t bury their chances. The teams exchanged a few chances during the second half with Fiorentina having the edge but in the third extra minute of additional time Caio Lucas was fed a pass just in the box and he sent a rocket under the crossbar to win the game and send the Benfica fans into euphoria.

SL Benfica concludes its tournament with an ICC match against AC Milan at Gillette Stadium on Sunday. 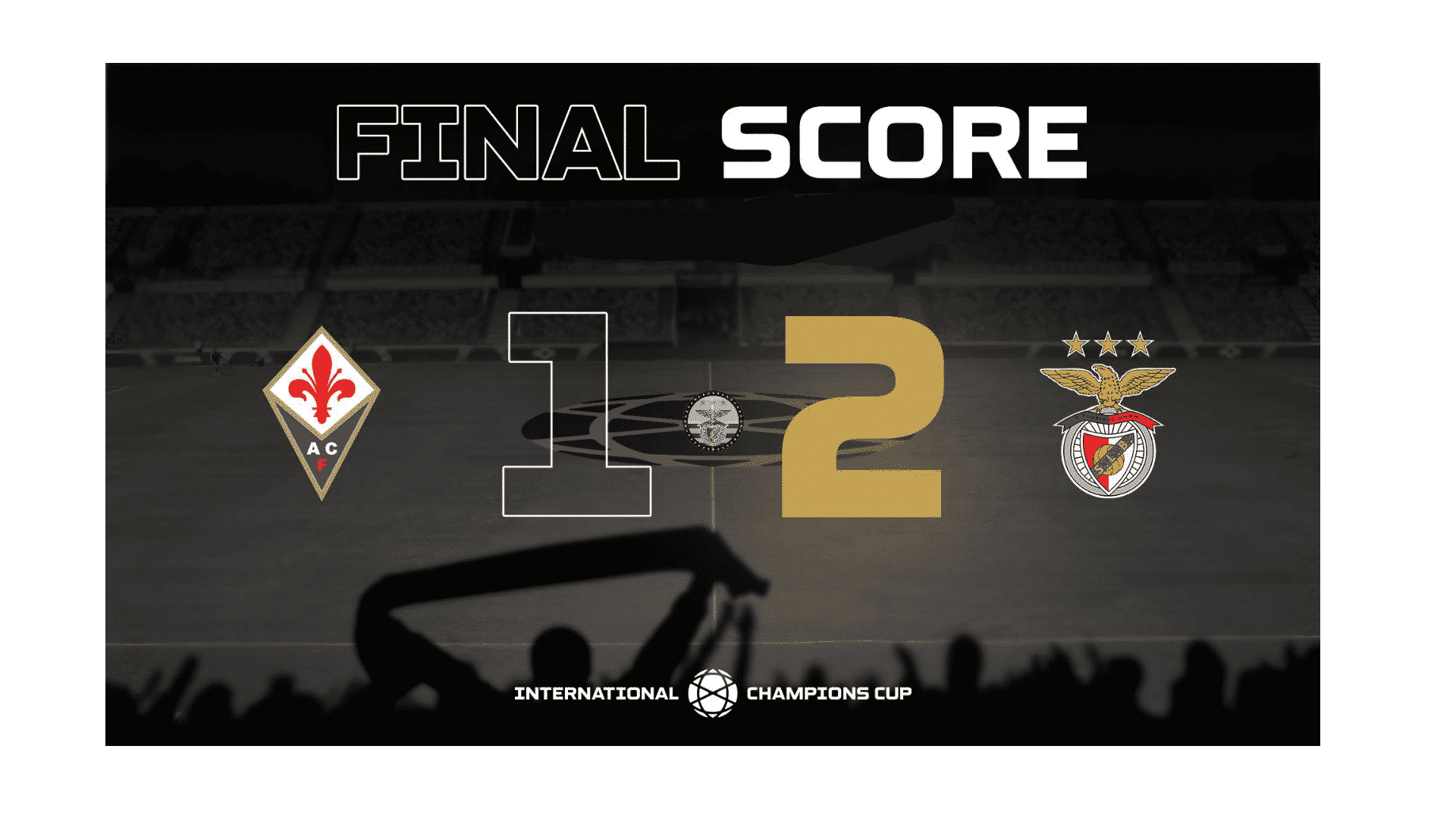