Another Cliff-hanger, thrilling encounter other night involving some high voltage drama and history creation, Delhi Capitals revamped the history by registering their first win in playoffs in the history of VIVO IPL and marked an end to SRH’s dream to Final’s.

Delhi Capitals won the toss in this knockout game and elected to bowl first and once again SRH missed David Warner and Jonny Bairstow as they lost Wriddhiman Saha early, but Guptill took the charge in this pivot game and played a quickie of 36 in just 19 balls and extracted full use out of the power play overs but a night to forget for Manish Pandey as his slack innings later turned out to be one rationale for their defeat, later in end with the help of some dealings in fours and sixes by Vijay Shankar and Nabi, SRH totaled 162 at the end of 20 overs.

Amit Mishra, the best spinner in VIVO IPL history in his shaded season of IPL, shined at the right moment with his economical bowling and by marking off Guptill innings and also got support from Keemo Paul who took 3 crucial wickets.

Chasing 162 on board wasn’t an easy task in such a pressure game and it appeared like same. But thanks to the under-19 stars who did the right job at the right moment, DC lost Shikhar Dhawan early and even Shreyas Iyer too had an ordinary outing, courtesy Khaleel Ahmed who also took Prithvi wicket in same over with a sharp bouncer who had already managed a much needed fifty and DC was just halfway to the target at that moment.

With ascending required run rate, Rishabh Pant turned it into a colored affair with his heroics of 49 in just 21, well in between it involved a pack of drama too, a desperate use of DRS by Colin Munro made Axar Patel lose his wicket who could have saved himself by a DRS, another one when Rishabh Pant refused to run when Bhuvneshwar slipped while stopping the ball and in the very next ball he lost his wicket, well this thing could have earned them some fair play points but the act got negated by a not so obvious thing in history of IPL, as Amit Mishra was declared out owing to his act of obstructing the field and he became just the 2nd player after Yusuf Pathan in the history of IPL to be declared out in this obnoxious manner, after the wicket of Rishabh Pant, somehow DC sealed the victory and a place in Qualifier 2 off the penultimate ball, but have left a lot of questions unanswered for the team management.

The Qualifier 2 which will now be played between CSK and DC on 10th of May at Vizag, DC’s team management will look to strengthen their Middle Order and will also chat with young Pant to be little mature when the team is in bad times.

The blitzkrieg innings previous night by Rishabh Pant could have surely raised some questions on a much-debated selection of WC squad by MSK Prasad and committee again, even now this knock can grant him entry to the squad in place of injured Kedar Jadhav.

Also, we saw a sense Déjà Vu for Keemo Paul as he had previously finished a game in final over against Khaleel Ahmed in U-19 WC Final in 2016. 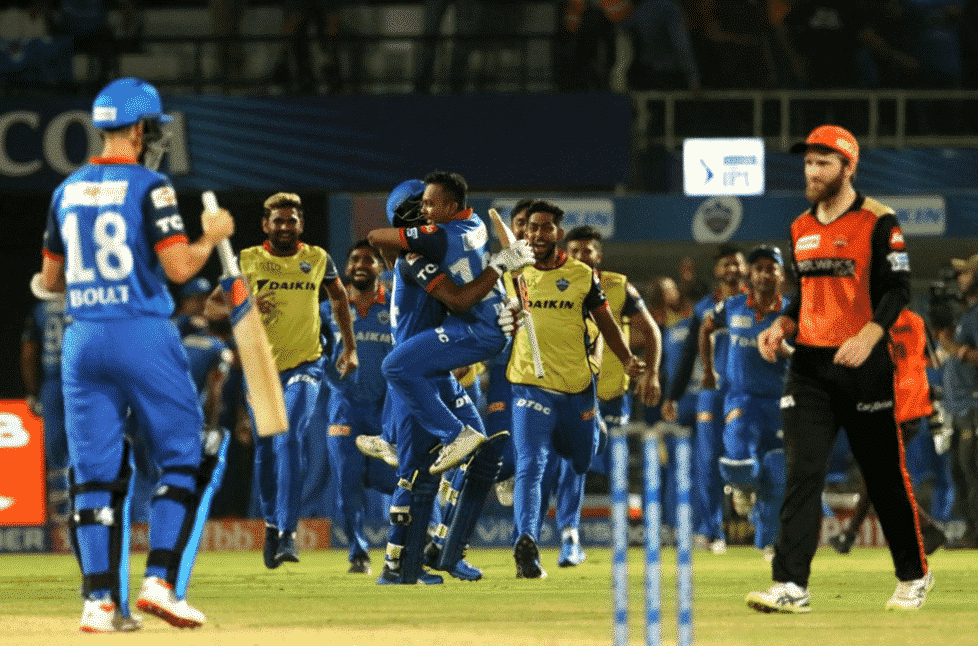