The Texas Rangers announced yesterday that they will not be picking the $11 million option for starting pitcher Derek Holland. As painful as it is to say, the Texas Rangers have made the right decision. Holland has done so much for this franchise. He was part of the 2010 and 2011 AL Champions rotation. Who can ever forget that game he had in the 2011 World Series?

Last season, he finished with a record of 7-9 with a 4.95 ERA. He was on the disabled list for 2 months due to a shoulder injury. Holland was not on the roster for the playoff series against the Toronto Blue Jays.

Since signing a five-year deal in 2012, Derek has had many downs. He hasn’t been fully healthy since 2013, and the injury bug continues to hit him over and over again.

Like all pitchers, he had some good games and some bad ones, but that’s not the point. The point is that the fact that he gets hurt a lot of is a big risk. And quite frankly, the Texas Rangers CANNOT afford to take any risks at the moment. Especially with their pitching situation, which is a mess at the moment. His injuries could be what caused him to lose his touch.

Personally, I am huge fan of Derek and I will never forget that game he had in the 2011 World Series, but paying him $11 million with the risk of him getting hurt and missing a lot of time is NOT worth the it. I honestly believe that the Dutch Oven is passed his prime. The Rangers can’t afford to pay a player a lot of money when he’s on the disabled list for too long. No team can afford that.

Letting Holland go to the free agency market is a tough decision, but it’s the right decision. 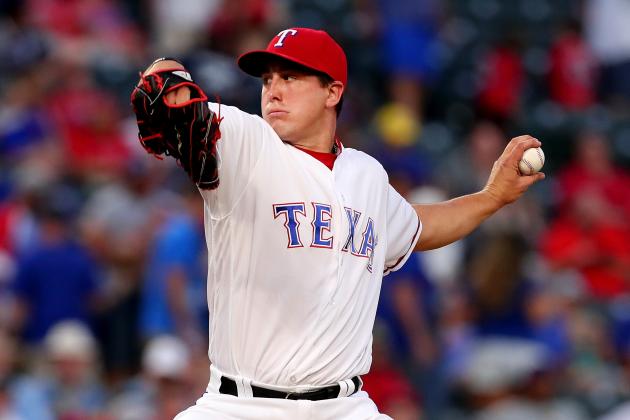