Carl Edwards picked up the victory he sorely needed to earn a championship-contending spot in the NASCAR Sprint Cup finale, winning at Texas on Sunday night in a race shorted by 41 laps because of rain after the start was delayed nearly six hours. Edwards had entered Texas,last place in the Chase points and 32 points below the cutoff line.

Edwards took the lead on lap 258 late Sunday after beating Martin Truex Jr.. off pit road.Joey Logano, who led a race-high 178 laps before losing the top spot while pitting on Lap 188 during a cycle of green-flag stops, was second when the race was called. Logano is third in the Chase standings but the point cutoff couldn’t be any tighter.He’s even with Kyle Busch but holds the tie breaker,Kenseth and Hamlin are only behind by one and two points respectively.

“When we made it to this round, I was very certain, I felt very confident,” said Edwards who won fir the third time this season. “We talked about it. We felt like we could win at Martinsville.  We could win Texas.  We could win Phoenix.

“I know when the trouble happened at Martinsville, a lot of people probably thought, ‘That’s it for them.’  But we really did have a lot of confidence.  That’s easy to say now because we won the race, but it’s the truth, we really did. It’s nice to be able to pull through, make that happen.  Now we just got to dig in and do it again.”

Two spots left to settle for the one-race, four-driver championship field for Homestead-Miami Speedway. That leaves Joey Logano, Kyle Busch, Matt Kenseth and Denny Hamlin within two points for those slot and a fifth.  Kevin Harvick is a six-time winner on the one-mile oval.A driver with a skill for winning races when his back is against the wall, Harvick has eight victories at Phoenix, including five of the last six race 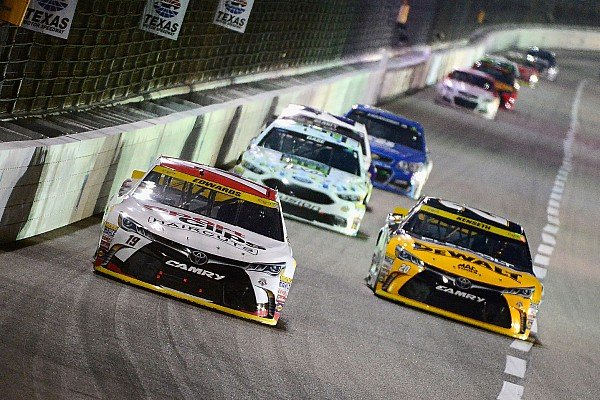