Just this past June, the Cleveland Cavaliers were able to pull off one of the more shocking comebacks in sports history by coming back down three games to one to win the city of Cleveland’s first title since 1969 against the highly touted Golden State Warriors.  Amazingly, that was just the beginning of many, many surprises for the NBA.

The biggest surprise aside from the legendary comeback in the Finals was, the fact that superstar Kevin Durant chose to be with the powerhouse Warriors over the Thunder back in July.  One of the major reasons of why this was so distressing for Thunder fans was because, Durant has done so much for them.  He has lead the league in scoring multiple times throughout his eight year tenure with the Thunder, he has grown an undeniable friendship with running mate Russel Westbrook, and on top of that, he left for a team that OKC blew a three games to one lead against in the Western Conference Finals.

Despite the frustration, Thunder fans need to keep their hopes up.  With Durant gone, their other all star, Westbrook will be out for blood.  The thing that is so impressive with him is, he is so versatile and fearless.  He will go face to face with anyone in the league.

He’s a triple double machine, and his stats will only go up with Durant absent from the team.  This is partly the reason why he is expected to win MVP this year.  The only problem with him is, he will most certainly turn the ball over more, especially if he has the ball for 75 percent of the game.  If he can take care of the ball better than he has in the past, then Thunder fans should be excited to watch him produce.

What people forget because of the Durant incident is, how the Thunder were able to acquire Victor Oladipo from the Magic for Serge Ibaka.  Although losing Ibaka means a weaker interior defense, Oladipo is definitely a solid scorer, and brings a lot of energy much like Westbrook does.  They should be able to compliment each other well.

By putting Gonzaga big man Domantas Sabonis in the starting lineup at power forward, it gives him a chance to develop into a solid NBA player.  I like how head coach Billy Donovan moved Andre Roberson to small forward, and has Steven Adams as the starting center.  Although those two aren’t as good defensively as Ibaka was, they still can hold their own.  And having Enes Kanter come off the bench adds another nice offensive piece to the roster.

After looking at the depth chart, people should realize that this is still a playoff level team.  They are indeed off to a quick start, even though they did already lose to the Warriors by 25.  But according to leading UK sport tipping site BettingTips4you.com we shouldn’t worry. Westbrook is playing at an all time level and knowing him, he won’t accept losing..

He will especially be bitter considering that his best friend left for the team that the Thunder could not put away last May.  They are already 6-2, and the season is still young.  If Westbrook and Oladipo can figure out how to work together, and the interior defense figures out how to hold its own, then OKC will be able to fight with the big dogs.

Honestly, I won’t be surprised to see the Thunder in the Western Conference Finals again going up against Golden State.  It’ll be tough getting through San Antonio, but they already did last year.  Now, without Duncan, OKC has a genuine shot.  So, I know you’re bitter Thunder fans but don’t worry, this team is still ready to get in the ring and fight with anybody that gets in their way. 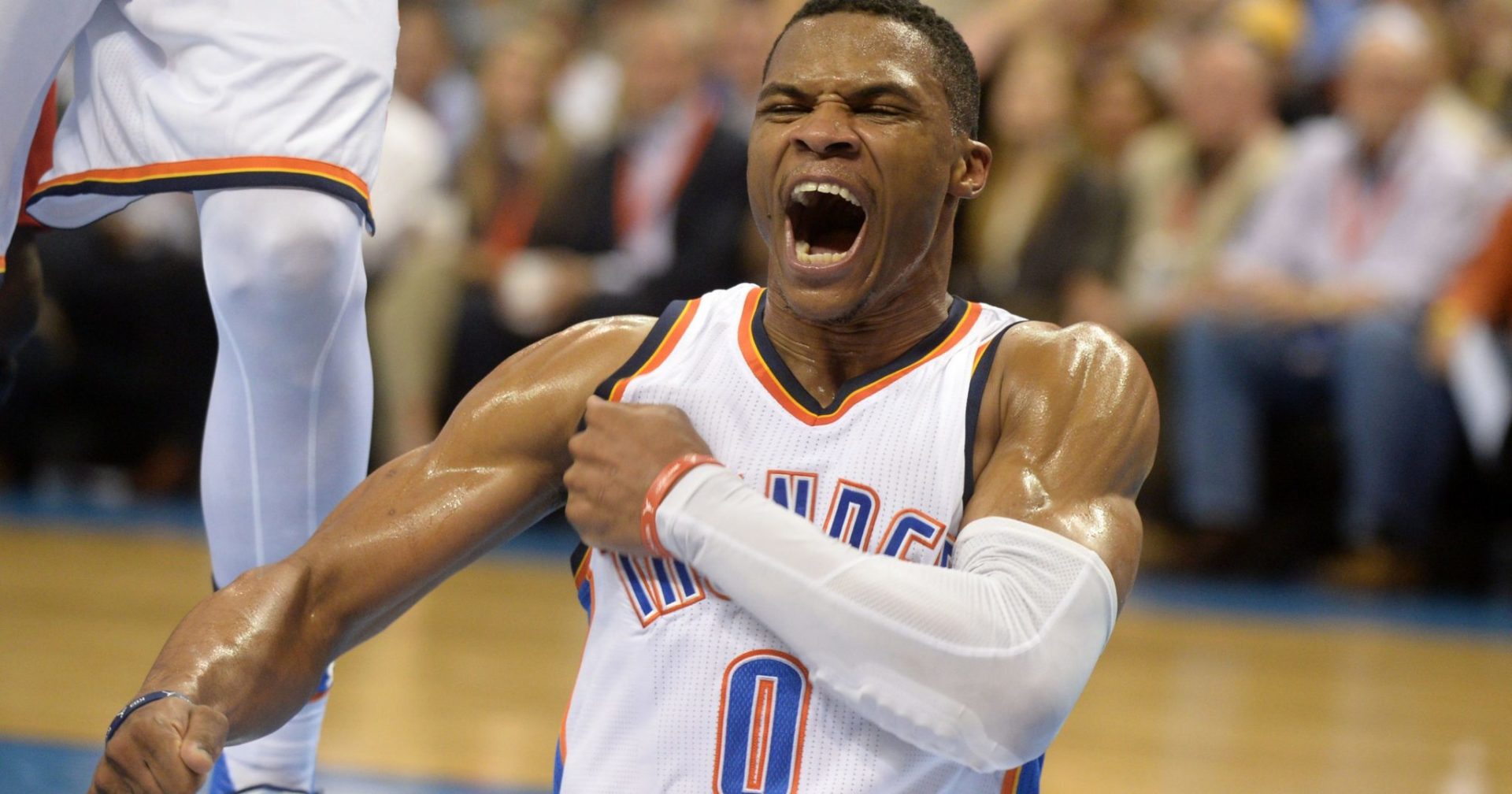