Football lost its biggest superstar on 25th November 2020, as Diego Maradona finally breathed his last at the age of 60. Having recovered from a brain surgery earlier this month, a cardiac arrest finally got him.

A friend of mine posted a simple question on hearing this news, why do we feel that sad when a celebrity or someone famous passes away? While it may be difficult to give an answer which is to everyone’s satisfaction, this author’s interpretation would be that probably at some point of time in our lives, one could relate to the person, the character, the dialogue, the nuances in a certain role or plain and simple – nostalgia.

For a brief moment, the person on the screen makes us forget our own turbulences and we feel that we can relate to that person. It may be a simple word or an act that remains etched in our memory that brings to life the emotion of that moment. Bear with me, as I try to find the right words.

Diego Armando Maradona, for me the name was an entry into the world of football. As a kid growing up in West Bengal, where football has been a part and parcel of life, South American teams such as Brazil and Argentina have always had an ardent fan base in our state. Every 4 years, when the FIFA World Cup comes around, the streets get decorated with flags of Brazil and Argentina and there is football fever in the air.

Why?- one may ask. Therein lays the difficult part because no one has a definitive answer. Maybe the fact, that football in Bengal shares a similar history as to the South Americans. After all, back in 1911, when Mohun Bagan(now known as ATK Mohun Bagan) won the IFA shield, the first Indian team to do so. In a way, the win was a semblance of defiance against the then regime and a way of opposing the game of the British.

In 1994 when the World Cup was being held in the United States of America, I was introduced to the game by my father. He may not have known the other names of the players of the Argentina team, but the name Maradona was etched in his memory. After all, he had witnessed the Argentine’s wonderful solo goal in 1986, which was hailed as the goal of the century.

The Argentine despite his personal demons had turned up for the big stage and produced a wonderful goal against the Greeks that seemed to seal his greatness. Of course, as we later found out the Argentine had failed a drug test and was sent home in infamy. But what stood out for me was the haunted look on the Argentine’s face as it dawned upon him that his time with the national team had come to an end.

Despite, what one may feel about the larger than life figure and his eventful life off the pitch, his football was magical. His ability to inspire and disappoint was there for all to see. Largely, though his disappointments were off the field. On the field, he was a remarkably intelligent player capable of turning the game on its head. And in his role as a captain of Argentina, he fulfilled a prophecy.

Like other South American authors such as Gabriel Garcia Marquez, Jorge Luis Borges, Isabel Allende, Eduardo Galleano and a host of other famous authors whose names escape me at the moment introduced the world to magical realism which combines the extraordinary with the ordinary and the mythical with the mundane, it was Maradona who brought magical realism to football.

In his book, Angels with Dirty Faces – The Footballing History of Argentina, Jonathan Wilson, captures the player, the angel, the devil and the human. At times, the Argentine juggled all these roles in one swift movement. The chapter, Nativity gives a peek into the surreal talent and the surroundings that helped him make the most of the talent.

Despite his temperament, his hunger to be perfect and to hone skills was something almost all his coaches admired. Yes, he was indulged but then how often does a player of his ilk come around. In fact, forget the game, audiences across the world would pay money to even see his warm-up. Maradona knew that and would go beyond his limits to entertain everyone that came to see him.

Diego Maradona juggled death as if it was a football. Battling addictions, obesity and a host of other ailments never seemed to wipe the smile away. From his birthday parties being conducted in public to his promiscuities being the topic of a chat show, he was never far from the limelight. Others may have shied away from such ferocious glare of the media, instead, he embraced it.

The eyes always hinted a sense of mischief. On the field his mischief often led to exasperated defenders pulling him, pushing him and at times thrashing him. That though didn’t deter him, instead, it was a badge of honour for him, not that his fans would agree.

Having sealed his status as a national icon as a player and thereafter battling bypass surgeries, he went on to manage the Argentina National Team, with no coaching experience. In hindsight, it may look a foolish decision but it did inspire the nation. Maradona willed everyone to dream and that is his biggest achievement.

Accepting his flaws publicly never deterred him. He even had the temerity of stating that he had no regret over his ‘Hand of God’ goal, a goal which Terry Butcher, the English defender admitted in 2008 still haunted him.

While everything about his life was wrapped in complexity, his football was painstakingly simple. The audacity with which he flicked and tricked befuddled the best of defenders. His dribbling skills which he had honed in the suburbs of Villa Fiorito made him a fearless attacker.

Nothing and none could deter him when he picked up the ball and made his way towards the opposition goal. Defenders didn’t tackle him, they hacked him and fans just didn’t love him they adored him. Victor Hugo Morales’s iconic commentary was the embodiment of the genius that Maradona could produce on the pitch and even his detractors always had a good word for him.

Coming back to the question posed by my friend, Maradona’s departure is probably what hurts the soul of a football fan more than anything else. One didn’t have to be a fanatic to appreciate his genius and the same applies to celebrities across other walks of life. The sadness one feels is because of how achingly human he was.

For a man with no script, he wrote a script that captures all the emotions of life, his largeness and his ability to rise above and deliver is what everyone will remember. 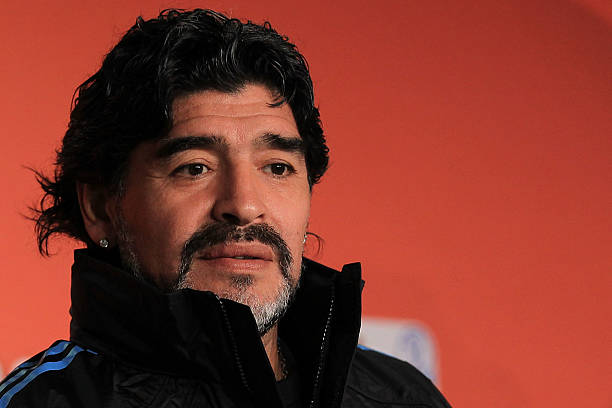