As the German ranted on Monday at the broadcasters Sky and BT Sport, one couldn’t help but feel for him. Understandably, the Liverpool coach is furious with the spate of injuries that have afflicted his squad. Not that he is the first manager this season to bemoan this situation and his mood was considerably worsened by the end of the game against Leicester City after an injury to Naby Keita. Last week, Lars Sivertsen on the Guardian’s Football Weekly mentioned somewhere close to 100 players being injured already and not even one-fourth of the season has been played.

Instead of celebrating an emphatic result, the German was counting the costs of such a result. After all, the process of obtaining such results is now starting to get affected.

The German known for his team’s gegenpressing has embraced alchemy of a different ilk at Merseyside. If one explores the word alchemy, its origins can be traced back to the Greek word, khemia, which means the art of transmuting metals. The word further evolved and a combination of Arabic influences, Old French and medieval Latin gave rise to the formation of the word in its current state i.e. Alchemy, which means a seemingly magical process of transformation, creation or combination.

And Klopp in his role as the Liverpool manager has been nothing short of an alchemist having had the temerity to take on teams through sheer force of will. Over the past few seasons, Klopp’s sides have been a high functioning well-oiled machine that churns out results and entertains – all in the same breath. His squad which has been bereft of key players seems to be in a rarefied state of confidence, which comes only from being champions. The likes of Curtis Jones, Nathan Phillips, Fabinho, Rhys Williams have excelled in the absence of the first-team stars with injuries ruling out Jordan Henderson, Thiago Alcantara and Alex Oxlade-Chamberlain.

Instead of concentrating on filling the boots of the injured players and replicating them, the new entrants have outthought and outmuscled experienced opponents. They have played with verve and held their nerve and at the helm of all these happenings is none other than the affable German.

Diogo Jota, no doubt has been a stunner of a signing but importantly over the weekend against top-class opponents such as Leicester City, Curtis Jones was eye catchingly smooth. His cross-field pass to pick out Andy Robertson was a delight and probably the highlight of the game.

Importantly, the young English midfielder’s calm possession in midfield was followed up by intelligent positioning and smart distribution. And to do this against an opposition midfield comprising of Tielemans, Barnes, Maddison along with Mendy and Albrighton (all top top top players as stated by Juergen Klopp in his post-match conference) was the icing on a seamless performance.

While the accolades about the front three have been a feature of Klopp’s reign, it’s his work with the midfield that sometimes escapes our attention. Despite the paucity of the preseason and the crammed fixture list, Klopp’s ability to convey his vision is nothing short of alchemy after all. The team has put in riveting performances since the spate of injuries, with squad members more than capable of plugging the gaps and excelling in their roles.

Milner’s contribution as an all-round versatile player along with his leadership skill shone through more than ever against Leicester. The veteran pinged crosses from his right-back position and then was on hand to replace Keita in mid-field as the Guinea national sustained a hamstring injury.

Although, having suggested it jokingly at the time having had a door named after him at the new AXA Liverpool training centre is a sign of how well respected he is. Be it the fans or the players, everyone has kind words for the Englishman.

Klopp, having used Milner sparingly over the last couple of seasons will probably look to him to bring calm to this squad. Milner has the experience of seeing it all-from winning the league to relegation battles and understandably this is a good time to tap into that reservoir of experience.

That said, as Game week 9 drew to a close, it is Spurs who are at the top of the table ahead of the Reds on goal difference. Only time will tell if Mourinho’s men will be able to sustain their form. The Portuguese though can boast about the fact of being there done that and his infectious competitiveness to win at all costs seem to have rubbed onto his players.

The current table-toppers clash is still four fixtures away and much can change till then. However, one shouldn’t be surprised if Mourinho’s team continue their reign at the top of the table before they encounter the champions at Anfield. 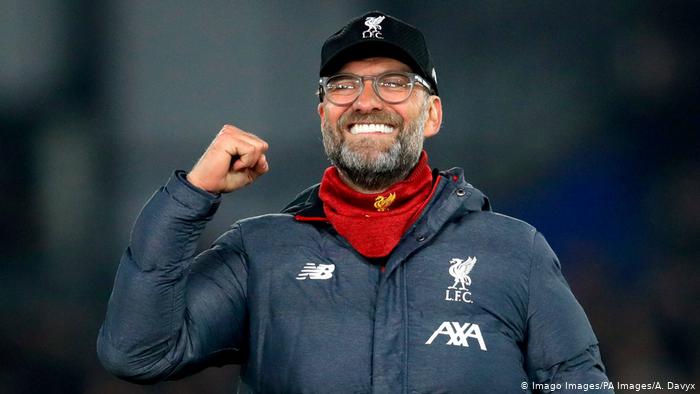