After Rangers’ shocking performance at Tannadice on Saturday following the Malmo game in mid-week, you start to wonder whether their encounter with the Swedish side affected the weekend’s results. Of course, this may sound like a knee-jerk reaction however it raises a bigger question in the general footballing world. To what extent does European football affect a team’s domestic performance?

We’ve seen many examples of it particularly in England with Burnley in 2018/19, Tottenham and Arsenal over the years and arguably Liverpool in 17/18 considering they finished 4th with a squad that got to a Champions League final.

The so-called “European hangover” definitely exists but does it affect Rangers? To try and investigate this I’ll go through some performances from Gerrard’s team following on from a major European game as well as some other factors.

It’s hard to properly judge this season as Rangers were going through a rebuild and this was very much the first chapter. Gerrard had just walked through the door and remarkably managed to lead The Gers through the Europa League Qualifiers and into the group stage.

Over the course of the 2018/19 Premiership season, Rangers dropped points in 15 matches with 9 draws and 6 losses. Of these 15 matches, 3 of them were following either a UEL Qualifier or UEL Group Stage tie.

A loss to Aberdeen in the cup also came after a 0-0 draw to Spartak Moscow so it’s important to include that whilst reviewing this season. However, if you were to look more in-depth into these 3 matches you’d see that one of them was a 3-3 draw against Motherwell where Gerrard changed the shape to a back 5 for the first and last time in his Rangers career, the other 2 included a 1-0 loss to Celtic who was a superior side that season so that’s not anything to look at and a 1-1 draw to Aberdeen on the opening day.

When looking at the cup game, the loss to The Dons can be put down to the mentality of a team that wasn’t ready to win trophies yet. Overall Rangers had a 60% win rate in matches following a European tie and a 58.8% win rate in the other games, confirming there isn’t really any concrete evidence to suggest a “European hangover” affected Rangers in Gerrard’s first season.

In the 2019/20 season Rangers once again cruised their way through the qualifiers and into the Group Stages of the Europa League. However, this time around Rangers went deeper into the competition and made it through to the Round of 16.

Again, when looking at the win rates there aren’t any obvious signs of European football hindering their domestic form. In games following a UEL tie they had a 73.3% win rate and in the remaining fixtures Rangers won 65% of their games so if anything it looks like they played better after a European game.

In this season though Rangers had a dramatic dip in form post-Christmas so although the European matches didn’t directly affect the games straight after them too much they may have had an impact on the fall of Gerrard’s Rangers during the 19/20 season.

A lot of the performances seemed quite slow in the second half of the season which would make sense due to the number of games they had to play, inevitably leaving some players fatigued. In February alone, The Gers played 9 times and had to find a balance between their league, UEL and cup matches.

As we’ll get onto later, with the squad Rangers have now that run of fixtures would be tough but manageable. However, the team Gerrard has at his disposal now took time to build and during the course of this season, there was still work to be done.

Players like Greg Stewart, Sheyi Ojo and Andy Halliday were still playing in February for a side aiming to win the league. None of them is bad players but it’s fair to say they aren’t Rangers quality. A lack of strength and depth lost Rangers the title, cut short by Covid but going deep into Europe certainly didn’t help.

It would be tough to try and make a case for European football ruining Rangers’ league form last season as they didn’t lose a single match in the Scottish Premiership. Rangers drew 6 times last year- two of them following a European tie. One of them was a 2-2 draw to Hibernian after a mid-week fixture against Lincoln Red Imps where the Ibrox side comfortably beat their Gibraltan opponents 6-0, possibly causing some complacency going into the Hibs game.

The other one was a 1-1 draw in the Old Firm Derby after being knocked out 2-0 by Slavia Prague in mid-week. Many things leading up to the Celtic game will have contributed to their fairly average performance on the day.

Firstly they had very recently been crowned league champions so naturally, you’d expect Rangers to take their foot off the gas slightly.

In that Slavia Prague game on Thursday before the derby, they had to play with 10 men meaning the players would of course come out of it more physically drained and then the players and manager had to handle the disgraceful incident of Czech Republic international, Kudela racially abusing star midfielder, Glen Kamara playing on their minds.

Overall Rangers balanced European football and Scottish Premiership matches almost perfectly in their unbeaten campaign due to the positive changes made to the squad in the summer window. Cedric Itten, Kemar Roofe and Calvin Bassey- to name a few all played their part in keeping the momentum going and giving Gerrard the freedom to rotate when the games came thick and fast.

Rangers problem has never been European football or a “European hangover”. The problem (particularly in 19/20) has been the squad not being able to facilitate the amount of matches they have to play in a season.

This issue seems to have been fixed by Steven Gerrard and his backroom staff and overall European football are positive for Rangers as it continues to test them and gives a good idea of the limitations of the squad. In terms of this season, I think the back-to-back losses against Malmo and United will merely be looked back on as a blip however they’ll need a big performance tonight if they want to play in Europe’s top competition come next month. 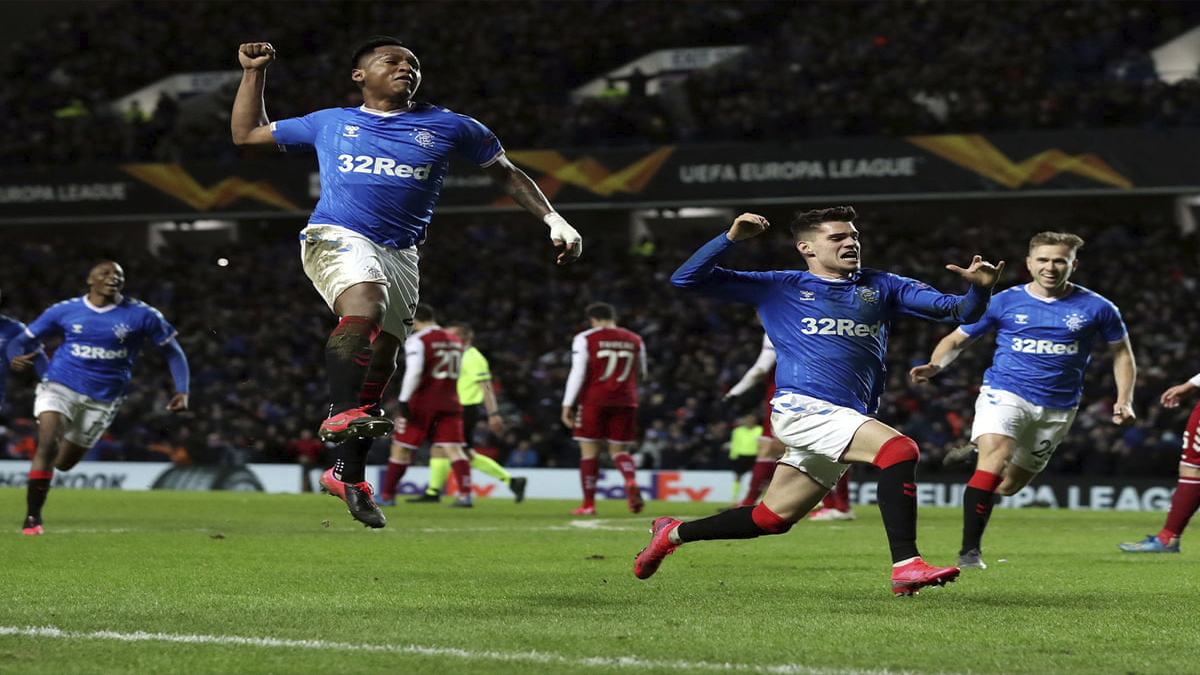