Following an incredibly disappointing Lions tour this summer after a 2-1 series loss to South Africa, many people have been looking at who to blame. Many have pointed towards the shenanigans of Rassie Erasmus with his hour-long press conference rants about bias officials swaying future crucial test match decisions.

A few have pointed towards the officials themselves. However, ultimately rugby is a game decided by the players and quite simply the Lions players deservedly lost and this article will look at why.

South Africa are the World Cup holders and playing them on their own turf, with or without fans, is a monumental task. Despite this, having the collective power of four nations put the Lions as favourites with most bookies and not to mention the fact the majority of the South African players had not played any rugby for over a year put them at a huge disadvantage, making their achievement all the more extraordinary.

So how did the Lions throw this advantage away?

Warren Gatland’s initial 36-man squad selection included many surprised picks players who have not established internationals such as Sam Simmonds, Jack Conan, Johnny Hill, Andrew Porter, Bundee Aki, Duhan Van Der Merwe Louis Rees-Zammit and even those who were called up such as Marcus Smith and Adam Beard.

It is fair to say Warren Gatland picked based on form rather than on reputation and this has been a long-standing debate in rugby whether to pick the tried and tested or the up-and-coming form players.

This led many to shock and be surprised especially as Warren Gatland has been a person who has tended to pick the stars rather than go for the form players on previous tours. It is also fair to say that based on this series that this was a mistake.

The actual squad selection was not that unusual based on what Gatland has previously selected on tours as in 2013 there were 27 newcomers (players who had not been picked for the Lions before) in the Lions squad and 27 newcomers in 2017, whereas only 21 in 2021.

However, if we were to look at the test teams, the players who actually decide the tests, this is where this tour seemingly fell apart. In the 2017 New Zealand final test only 4 players, George, Itoje, Daly, Watson, Williams had never toured before, all of which (bar Itoje) started all three tests in New Zealand. Whereas, in 2021, Gatland picked seven players who never toured before in Adams, Aki, Van Der Merwe, Price, Wyn Jones, Curry and Conan, four of whom did not start all three tests.

Many of the South Africans had barely played in well over a year and those who had played such as Andre Pollard and Eben Etzebeth are playing in France were in poor form. Andre Pollard struggled to get in the Montpellier team, but did that deter Rassie Erasmus? Absolutely not.

These are players who Erasmus entrusted to seal the win because he relied upon what he knew they could do in a South Africa shirt. Even the man who nailed the series-winning kick, Morne Steyn, is as experienced as you could possibly get, and no one doubted he would land that decisive kick. Why? Because we’ve seen him do it countless times before, no less against the Lions.

Following a successful first test for the Lions, South Africa was able to regroup and bounce back like all great test teams. However, when the Lions lost the second and went behind, they completely collapsed and had no response.

Then it seemed Gatland doubled down on his “bolter” selection policy by including Simmonds, Beard, Russell, Aki, Price in his 23 for the final test squad, none of whom you would label premier top-level, test match proven players.

Bolters have their place on Lions tours but not to this extent. Previous bolters have played vital roles under Warren Gatland such as Alex Corbisiero in 2013 and Elliot Daly in 2017 but on this tour, their impact was limited at best. There was too much reliance on these players in crucial games without a real expectancy that they would perform such as Jack Conan who started all three tests but was not a guaranteed starter for Ireland.

Ultimately the Lions struggled to gain serious gain line advantage as Conan made just 62 metres in the three tests combined – 48 of which came in the first test. South Africa’s incumbent 8 for the second and third test Jasper Wiese faired similarly making similar metres in the second and third test (9 to Conan’s 10 in the third and 13 to Conan’s 4 in the second) as he wasn’t as heavily relied upon it did not affect the result.

If we look at who were the star performers for the Lions people will likely mention Maro Itoje, Courtney Lawes, Tadgh Furlong, Robbie Henshaw, players who have been on Lions tours before and are proven, top-class performers. Not many will mention inexperienced bolters referenced above.

How did a player of the calibre of Jamie George play no minutes in any test? How did Owen Farrell not start a single test? Why were so many proven top-class performers left at home? Could it have been different had they been selected? We’ll never know. 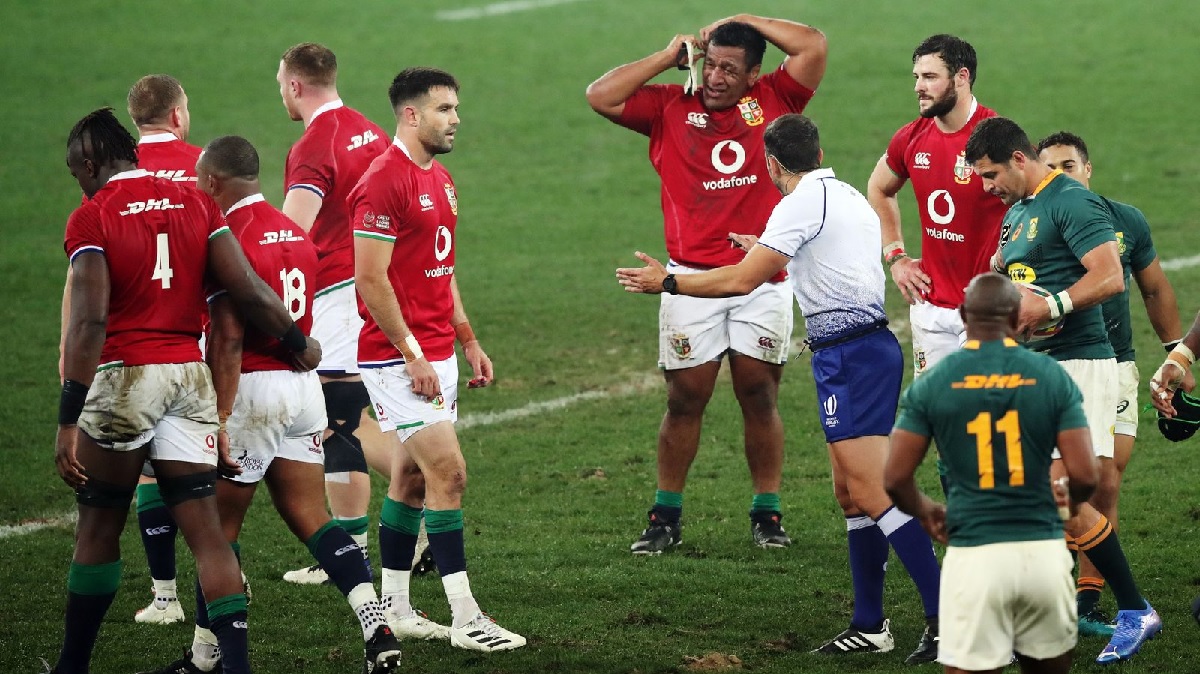