Very few Indian supporters would have dreamt about this win after the side was bowled out for 191 in the first innings and conceded a 99-run lead to the hosts. No wonder skipper Virat Kohli was a happy man. “This is among the top three bowling performances I have witnessed as India captain,” Kohli said with a big smile on his face during the presentation ceremony.

Jasprit Bumrah (22-9-27-2) and Ravinder Jadeja (30-11-50-2) hit England with such ferocity that a batsman of Joe Root’s (36 off 78 balls) stature looked dumbfounded at the other end with the kind of distress that his fellow batters were in.

Perhaps that was the reason that India’s man-of-the-moment Shardul Thakur’s (8-1-22-2) off-cutter was dragged back onto the stumps by Root, signalling the end of English resistance. Umesh Yadav (18.2-2-60-3) then completed the formalities with the second new ball as India won two Test matches in a single series in England after a gap of 35 years.

Jadeja started the slide making Haseeb Hameed (63 off 193 balls) pay for his ultra-defensive tactic with a classic left-arm spinner’s dismissal. Then it was Bumrah’s turn to unleash his sharp incoming reverse swinging deliveries with a lethal mix of yorkers for Ollie Pope (2) and Jonny Bairstow (0).

Pope got one that came in sharply at a brisk pace which also ensured the quickest 100th Test wicket for India’s most prolific all-format fast bowler in the last decade. But the ball that got Bairstow was even special. It moved in the air and dipped at the right time to york Bairstow and leave England in tatters.

In that same over, Bumrah bowled another menacing yorker that Root just about managed to dig out. The legendary Shane Warne termed it as the best fast bowling spell during the English summer and that too on a flat deck.

Kohli said it was Bumrah who wanted to have a go at the England bowlers at that time and delivered. “As soon as the ball started reversing, Bumrah said give me the ball. He bowled that spell and swung the game in our favour with those two huge wickets,” he said.

England skipper Joe Root too said that it was Bumrah’s spell that changed the game. “Credit to India, they got the ball to reverse. I thought Bumrah’s spell was the real turning point of the game,” said the home captain. It is frustrating not to get something from the game today.

We felt we had an opportunity to win. We could have made more of a first-innings lead, and you have to make chances count against world-class players,” he said. From 141 for two, it was 147 for six in a space of six overs. England in that hour after lunch lost four wickets for 19 runs in 14 overs.

India opener Rohit Sharma, whose stellar 127 was the only century of the match that helped India set England a massive target, was adjudged man-of-the-match.

However, Kohli also praised the all-around performance of Shardul Thakur which was also key in his side’s emphatic win. “You pointed his performance. Rohit’s innings was fantastic. What Shardul has done in this game stands out. His two fifties deflated the opposition. He batted well in both the innings,” he said. 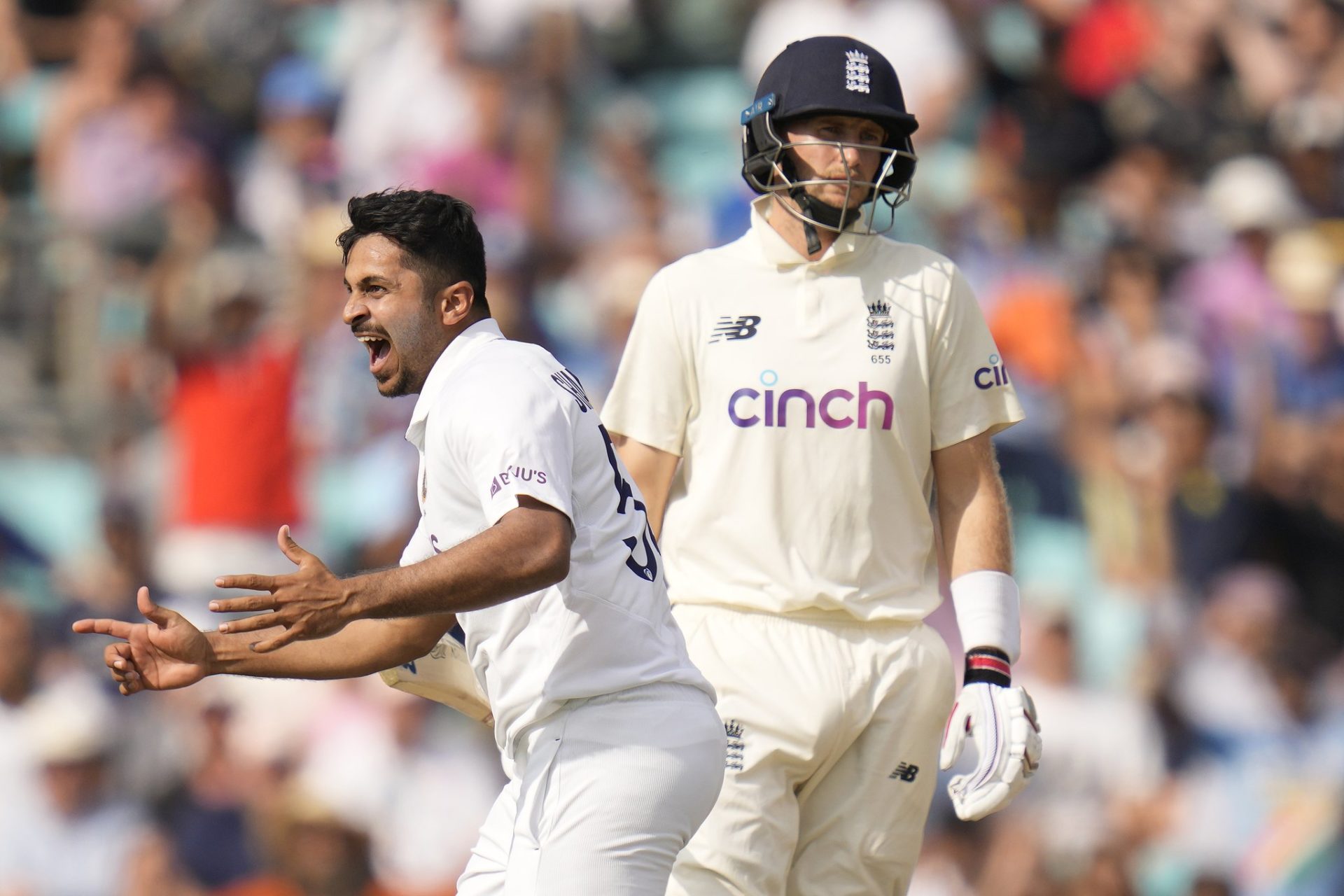