Lou Williams won this year Kia 6th man of the year award, and it was well deserved. Williams helped lead his team to the playoffs while contributing off the bench and playing consistently. As we draw nearer to the upcoming season, lets take a look at some of the potential winners for next years award.

Manu Ginobili does not start in San Antonio despite the fact that he is one of the most skillful  players in all of basketball. He has made over one hundred million dollars in his career while being part of the reserves. Ginobili has the argument to be the greatest bench player ever. In the 2013-2014 finals rematch against the Miami Heat, he averaged 14.4 points per game and the Spurs won the finals in five games. Ginobili however, is completely willing to come of the bench if it means prosperity for the team.

In an interview with USA Today’s Sam Amick he explained, “It’s not as common as you think, given the success we have had”.  Coach Gregg Popovich said, “I’ve always felt guilty about it, but I do it anyways”.

It certainly came away as a positive when the Spurs came away with championships in 2003,2005 and 2007. He won the sixth man of the year award for the 2007-2008 season. Ginobili brings championship experience to the team. Manu has always been known to make clutch shots and is a future hall of famer, no doubt. With the Spurs revamping their roster and Ginobili returning, is it possible he could he have another breakout season?

The Cleveland Cavaliers made a deep run into the playoffs this past season, making it all the way to the NBA Finals. They could not have done it without the help of J.R Smith. During the regular season smith averaged 12.7 points per game and in the NBA Finals he averaged 11.5 points in 6 games. What makes him valuable is his sweet three point stroke, from which he shot almost 40 percent and 43 percent from the field. His athleticism and playmaking are a huge boost for a team. Smith may not be the most consistent player in the league but when he is hot, there is no stopping him.

“My motto is, ‘When in doubt, shoot the ball”. Even when he is having a bad night, lack of confidence is not an issue for Smith. He also recently claimed to be one of the best shooters ever. Whether or not that is true, Smith does have great offensive capabilities.

When asked about his defense, however, he simply said this, “That’s really not my area of expertise. I’m more of a scoring-type player. I’ll leave that to those guys. Whatever they want to do, it’s OK with me. Just let me know.” Although improved Smith’s defense is lacking and lackadaisical. Defense or not, J.R Smith will still be a force to be reckoned with coming off the bench. 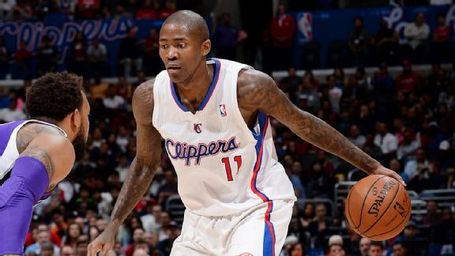 Jamal Crawford or “Jcrossover” has won the NBA 6th man of the year award twice already. Once in 2010 with the Hawks and once in 2014 with the Clippers. At 6 ft 5 he has the versatility to run the point or drop down to a small forward so teams can play small ball, which is becoming more and more popular in the NBA. He averaged over 15 points per game this past season and Crawford holds the record for most 4 point plays in history with 40.

Although Crawford has quite the resume, he did not shoot the three point shot well this past season. He shot a poor 32 percent from behind the arch and 39 percent from the field. His dismal shooting percentages can be mostly accredited to his poor shot selection. When asked about his inefficient shooting he said, “It was definitely a huge bump in the road. Hopefully next year and in the years to come, I’ll be where I want to be. But you’ve got to take your lumps, and nobody thought it would be a lump like this”. Despite his poor shooting Crawford has become a leader at the 6th man role and can really boost an offense. His offensive skill set and leadership can really improve a team through the bench.

Isaiah Thomas was the 60th and final pick of  the 2011 NBA draft, but he has sure made the most of his opportunity. After three successful years in Sacramento with the Kings, Thomas ended up in Boston with the Celtics. Now in the eastern conference, he led the Celtics to the playoffs with the 7th seed, where they battled the Cavaliers. Thomas averaged 17.5 points per game but the Celtics could not keep up with the fast paced cavs and were swept in the first round. In the regular season, Thomas averaged 19 points per game and  Shot 41 percent from the field. He is an efficient player who has vastly  improved and could possibly develop into an all-star point guard.

Coach Brad Stevens, however, is still unsure of Thomas’s potential. “He may end up starting, he may end up coming off the bench, we’ll see how that goes,” said Stevens.

Thomas is currently contending with Marcus Smart for the starting position and if Thomas does not make the squad, he could be a serious contender for 6th man of the year. Averaging over 15 points a game and a productive guard, he would be hard to beat.

Andre Iguodala is the frontrunner for 6th man of the year by far. After winning the NBA Finals with the Warriors and winning the Finals MVP, Iguodala would start on almost any other team in the league. However, coach Steve Kerr is still leaning towards bringing Iguodala off the bench.

“I could make an argument he’s been our best player, especially over the last two weeks,” Kerr said Sunday. “Right now in the scrimmages, he’s the most impactful player that we have. The last couple of weeks, he has sort of determined who’s winning (the scrimmage) depending on what side he’s on. So from that standpoint, you could call me an idiot. If he’s my best player and I’m not starting him, maybe I’m the one who’s wrong… The argument is absolutely there.”

In the NBA Finals Iguodala averaged just under 17 points per game and dished out 4 assists per game as well. His shooting percentage was solid and consistent, averaging 47 percent from the field. However, his free throw percentages were terrible during the regular season and only got worse during the postseason. His regular season average of  60 percent plummeted to 42 percent.

Andre Iguodala is a versatile guard at 6,6 and can play from the point or down at small forward. His passing is on target and consistent as he averaged a solid 4 assists a game during the regular season. The most valuable aspect of Iguodala’s game is his defensive presence. During The Finals Iguodala held Lebron James to just 38 percent shooting and many believe that his defense on James is what got him the MVP award. He finished 5th in the voting for defensive player of the year. With defense and offensive efficiency, Andre Iguodala is going to be one of the best reserves in the league and possibly in history. 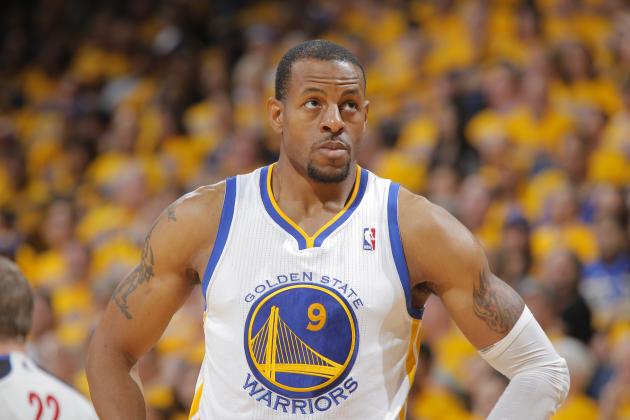