Matt Kenseth led just two laps at Pocono,one of those laps ended up winning him the race. Busch has five races to crack the top 30 to become eligible for the Chase for the Nascar Sprint Cup.

Joey Logano was the first leader to drop out, his tank empty with three laps left. Martin Truex Jr. followed Logano with two laps to go and then to follow that up Kyle Busch knew his Toyota was about out, too, his shot at a fourth straight win tapped out on the last lap.Busch, finished 21st after getting a push toward the start/finish line from Reed Sorenson, he still gained 10 points toward his goal of reaching the top 30 in the series standings. He joins Jimmie Johnson and Kyle Busch (four), Kevin Harvick, Dale Earnhardt Jr. and Kurt Busch (two) as multiple-time winners this season.

Man, that’s a bummer,” said Busch, who ran out of fuel on the Long Pond straightaway approaching the Tunnel Turn, less than a mile-and-a-half from the start/finish line. “I wish I would’ve saved a little more there that last run .The 16-driver Chase will be set after the Sept. 12 race at Richmond International Raceway.

There are 10 drivers who have won a race this season and are Chase eligible. Brad Keselowski was second, followed by Jeff Gordon, Dale Earnhardt Jr. and Greg Biffle. NASCAR heads to Watkins Glen for its next Sprint Cup race. 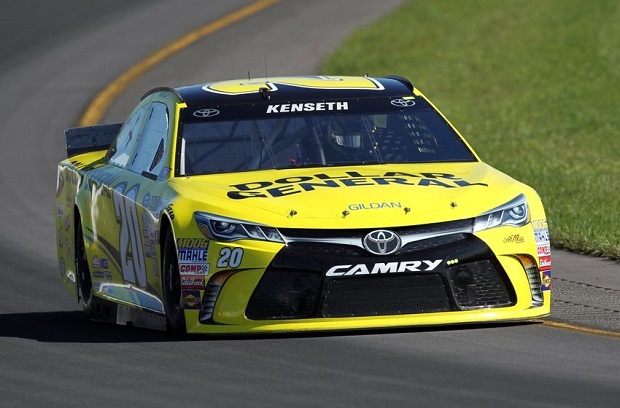