Captain Dean Elgar’s unbeaten 96 helped South Africa chase down a target of 240 on day 4 of the 2nd Test at the Wanderers Stadium Johannesburg with seven wickets intact.

When stand-in skipper KL Rahul won the toss and elected to bat, he would have hoped that his top-order would provide them with a competitive first-innings score.

However, despite a half-century from Rahul, they could only manage a score of 202 in their first innings, thanks to Marko Jansen’s 4-31.

Shardul Thakur was the star for India with the ball.

His 7-61 pulled the Indians back into the contest.

However, Keegan Pietersen’s 62 gave the host a slender but crucial leed of 27 runs.

Jansen and Duanne Olivier made early encodes to India’s second innings. as Rahul and Mayank Agarwal were dismissed for eight and 23 with the score 44-2.

Rahane and Pujara’s partnership of 110 looked to have steadied things for the tourists.

But South Africa’s ace bowler got the breakthrough, by knicking off Rahane to Keeper Kyle Verreyne for 58

Pujara followed soon after for 53.

After removing the two stalwarts of the Indian batting. you could sense a collapse coming, particularly after Rishabh Pant’s Reckless dismissal.

After Pant’s wicket, you could sense a collapse coming as the tourist lost their last five for 100, despite a quickfire 16 and 28 from Ashwin and Thakur.

India was bowled out for 266, with South Africa needing 240 to win.

Many people would have thought that this would be a tricky run chase for the Proteas. But Markram and Elgar got the chase off to a decent start, scoring 47 for the first wicket.

Before Thakur trapped the right-hander for 31.

Keegan Pietersen also chipped in with 28.

Before Ashwin trapped him in front.

The game was on a knife-edge with the home side starting day four 118-2, needing a further 122 runs to win

Elgar brought up his 19th 50 with a wristy on drive off Ashwin.

Van der Dussen got into the act at the other end.

The duo stitched together a partnership of 82 until the right-hander edged Shami to Pujara at first slip.

Although the wicket of Van der Dussen gave India hope, they failed to take advantage, especially when Thakur put down Temba Bavuma off his own bowling.

And it proved to be costly as the classy right-hander stitched together a partnership of 68 to help the Proteas level the series.

After the two wickets, the tourists got last night, You would have thought that 246 might not have been a bad total and that if the bowlers had stuck to a consistent line and length, they may have been able to create ten chances to go 2-0 up in the series. A big part of it could have been when Siraj picked up an injury in the first innings.

Bumrah uncharacteristically was the most expensive in the second innings. the leader of the attack conceded 70 runs from 17 overs, without taking a wicket. Now that seems like a bowler who was constantly trying to take wickets, instead of just being patient and sticking to line and length.

Though Rabada showed his class with 3-64 in the first innings and 3-77 in the second, Marko Jansen also proved what a talent he is with 3-67 including the big wicket of KL Rahul.

Let’s also not forget the Captain’s knock of 96, which saw the Proteas home. When chasing a target of around 240 in the fourth innings, you need someone to anchor the innings and get a score of around 90-100, and that’s what Elgar did, he set up the template for the likes of Van der Dussen and Bavuma to chip in as well. This victory was more of a team effort rather than an individual stealing the show.

We are now in for a decider at Newlands, Cape Town. The win at the Wanderers will be a boost for the home side heading into the third and final Test.

However the huge positive for India is that their captain should be fit in time for the crucial clash at Sahara Park, Newlands.

Who will win the Freedom Series, or will it be a draw? You can see how the first test went here.

Stay tuned to World In Sport to find out. 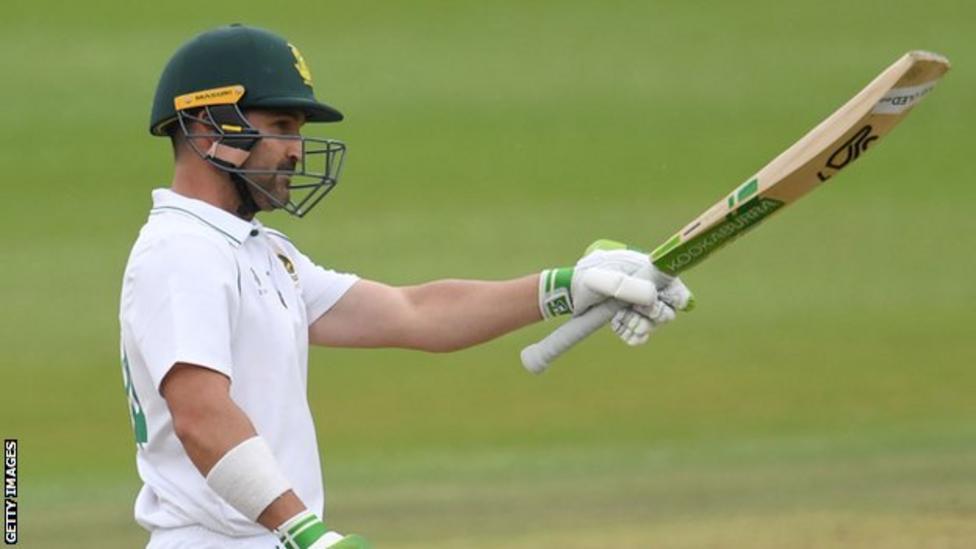