It is official – England manager Gareth Southgate has made his final 26 man squad announcement. The nation’s footy hopes and dreams will live and die with the 26 men Southgate has entrusted for European glory. What is key to take from Southgate’s squad, are the possible hints at which desired formation our three lions will be marching into this year’s Euros with.

Does the inclusion of four Right-backs entail a five at the back formation?

In what might be the most shocking revelation of the three lions finalized Euro 2020 squad, Gareth Southgate opted for four, yes you have read correctly, four traditional right-backs.  Kyle Walker, Reece James, Trent Alexander-Arnold, and Kieran Trippier have all been selected.

There is no doubt all four right-backs are excellent players and each will bring something different to the national team, but four right-backs. I mean, sure it poised a tough call on which one to leave out, yet that is the role of the three lions manager. Does Southgate’s decision to include all four men mean he lacks the ruthlessness of a national team manager? Or is it tactical genius?

Harry Maguire suffered a bad ankle injury at the end of the season, he may not be fully fit to start at the Euros. Now without a fit Maguire, a back five is probably the safest route to protect a fragile three lions defence. Walker and James have shown they can play in one of those three centre back positions. Now there becomes a need to have a further two right wing-back options, introducing Trippier and Trent.

Why are there only two traditional Strikers in the squad?

To be completely honest, I can’t believe Southgate didn’t select a third choice number nine. England obtains a high volume of proven goal-scoring strikers. Patrick Bamford posted 17 Premier League goals this season, Danny Ings 12, Callum Wilson 12 and none were even in the provisional 33 man squad. So surely after Mason Greenwood withdrew from the national squad due to injury, Ollie Watkins would get the nod.

Nope. Watkins was omitted from the final 26 man squad and Southgate decided to go with only two conventional strikers. Harry Kane and Dominic Calvert-Lewin’s combined 39 goals in the Premier League this season, should provide the British public with confidence heading into the Euros. However, what happens if one gets injured? What happens if we need a different option off the bench? Ollie Watkins could have proved to be that spark, an out and out striker could bring, especially with a 26 man squad to take.

Though it must be said Marcus Rashford and Raheem Sterling have played down the middle for their respected clubs this season. Though both are more effective down the flanks, if needs be Southgate can call upon them.

The inclusion of Saka

Bukayo Saka is top quality talent. He has often carried a poor Arsenal team on his young inexperienced shoulders. So credit given, where credit is due. The reason I believe the inclusion of Saka is a surprising one lies in where he will fit into the three lions squad.

Saka’s prefered position is as a winger, but the likes of Sancho, Sterling, Rashford and others trump him in the pecking order. This makes it unlikely we will see Saka on the pitch in an attacking position. Nevertheless,  Saka is a versatile player, he has popped up at left and right wing-back, left-back and either side of the flank. Therefore, Southgate has armed himself with a gem of a player who can fill in all around the pitch.

Again the inclusion of Saka may hint at Southgate leaning towards a five at the back formation at the Euros. Or may Saka’s place will be one for the experience. Where Saka plays limited minutes but gets the feeling and understanding of what it is to be a part of the national team for future major tournaments. 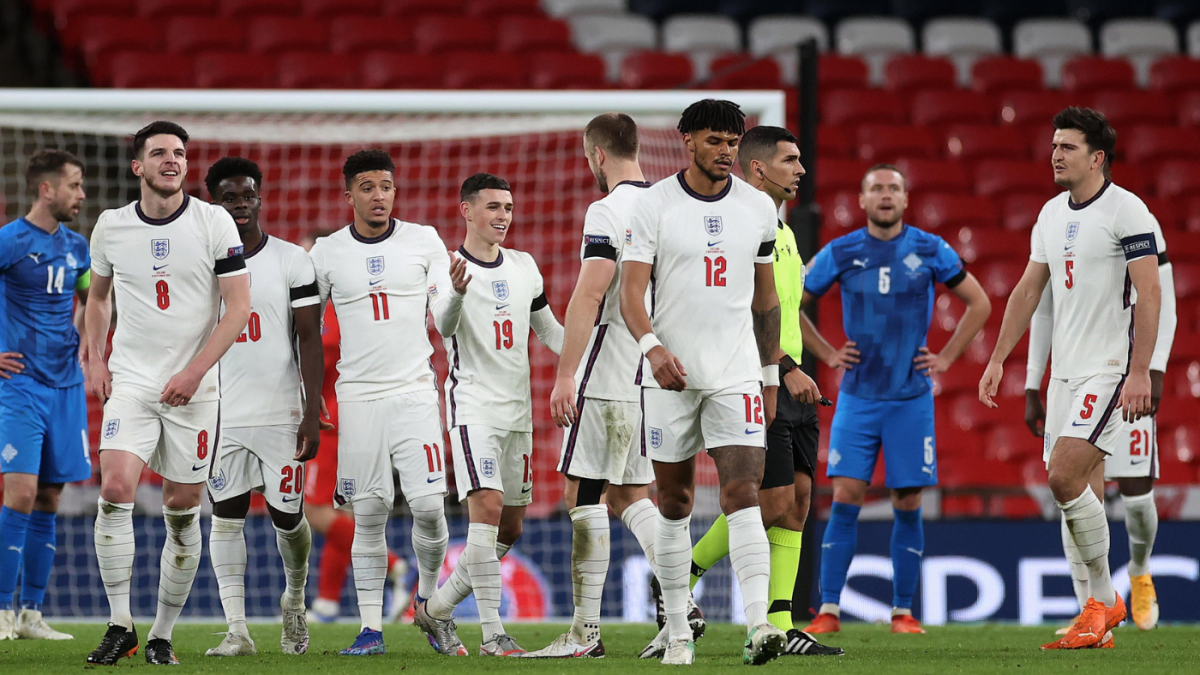