Eoin Morgan’s side recovered from a batting collapse to earn a vital win against Afghanistan in the World T20.

England won the toss and elected bat and initially made a good start, reaching 42-1 after just five overs.

They then lost their second wicket when James Vince fell as a leading edge tamely chipped the ball back to the bowler for an easy catch.

This triggered an astonishing period of play which saw the Three Lions lose four more wickets for just 15 runs.

Joe Root, Eoin Morgan, Ben Stokes and Jos Buttler all fell in quick succession, with the England skipper out first ball after leaving a straight ball which went on to crash into the stumps.

England then lost another wicket when Chris Jordan became the latest victim of a caught and bowled to leave his side struggling on 85/7.

The arrival of David Willey to the crease, who’s partnership with eventual man of the match Moeen Ali turned the tide back to England’s favour as they smashed 44 runs off the last three overs, with Ali finishing unbeaten on 41.

After the explosive finish the minnows were set a tricky 143 runs for victory.

It was Willey who got the innings off to the perfect start for England as he trapped danger man Mohammad  Shahzad LBW off the third ball of the match.

Wickets then started to fall at regular intervals as the Afghan’s struggled to cope with England’s seamers early on, with the fast bowlers sharing four wickets at a very good economy.

Moeen Ali also got in on the act as he removed youngster Rashid Khan for 15.

There was some late resistance from Shafiqullah, who ended the innings 35 not out, a knock which included four boundaries and two six’s.

It would prove to be at no avail however as Ben Stokes managed to defend 24 runs off the last over to lead England to victory by 15 runs.

Morgan’s side will have to improve if they are going to advance in the tournament with England yet to put a complete performance with bat and ball in the same match together in their first three matches.

The strength of this young England side seems to be in their batting given the lack of experience in the bowling department, and therefore it maybe an advantage for them to bowl first in future matches in order to take some of the pressure off of the bowlers.

The batsmen have already proven in this tournament that they chase down big totals as they reached a mammoth target of 229 in their previous group game against South Africa.

England will now face Sri Lanka in their final group match. It is a game they will have to win to have a chance of progressing through to the semi-finals due to their inferior net run rate compared to other teams in their group. 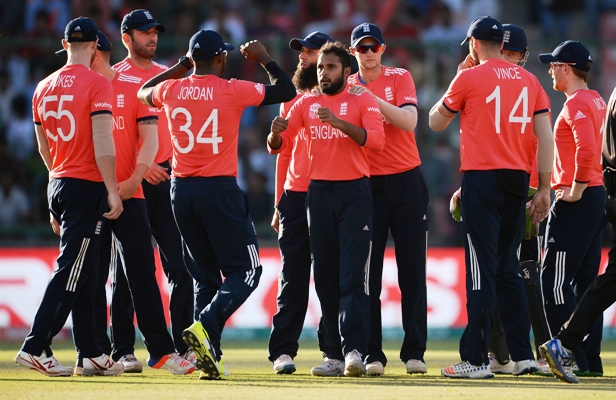