When the race went green on Lap 203, Jimmie Johnson pushed Harvick to the lead then took the bottom lane. Johnson held off Harvick coming to the white flag and extended his lead by 0.772-seconds at the finish.

“I knew we had a great car. To go there at the end and have good tires on the car … Harvick and I got by (Hamlin) there on the restart,” Johnson said. “I had a great run off Turn 2, and I thought, ‘Man, I have a shot at this thing,’ which I didn’t expect to have. Harvick has been so fast. And I cleared him and kind of got away. We saved our best for last for sure.

“I told everyone Superman would kick Batman’s butt.”

Harvick, looked to have his second win in the bag for the last 25 laps or so before the caution, said: “It was the worst it’s taken off on restarts. We weren’t very good on restarts for like four or five laps unless we were by ourselves. The 48 was able to hang with us. We weren’t able to drive it like we wanted. We just couldn’t turn front tires like we wanted, and the back didn’t have any grip.”

Busch’s blown tire while he was in second place created the exciting late caution. A day after Busch blew a tire while leading on the last lap and closing in on his fourth straight Xfinity Series victory, his streak of eight straight top-five Cup finishes also ended in dismaying fashion.

With 80 laps to go, Kasey Kahne run into Danica Patrick and spun her into the frontstretch wall. Like Larson’s earlier wreck, Patrick’s No. 10 car hit the SAFER barrier hard and spun with what looked like all four tires off the ground. Patrick was angry at Kahne and walked up the apron to wave her hands at Kahne in an expression of exasperation. She was uninjured. Kahne said he didn’t mean to spin Patrick but was called to the NASCAR hauler after the race, along with crew chief Keith Rodden and spotter Kevin Hamlin.

Martin Truex Jr. was in the thick of it until late contact with Logano, which left Truex furious. 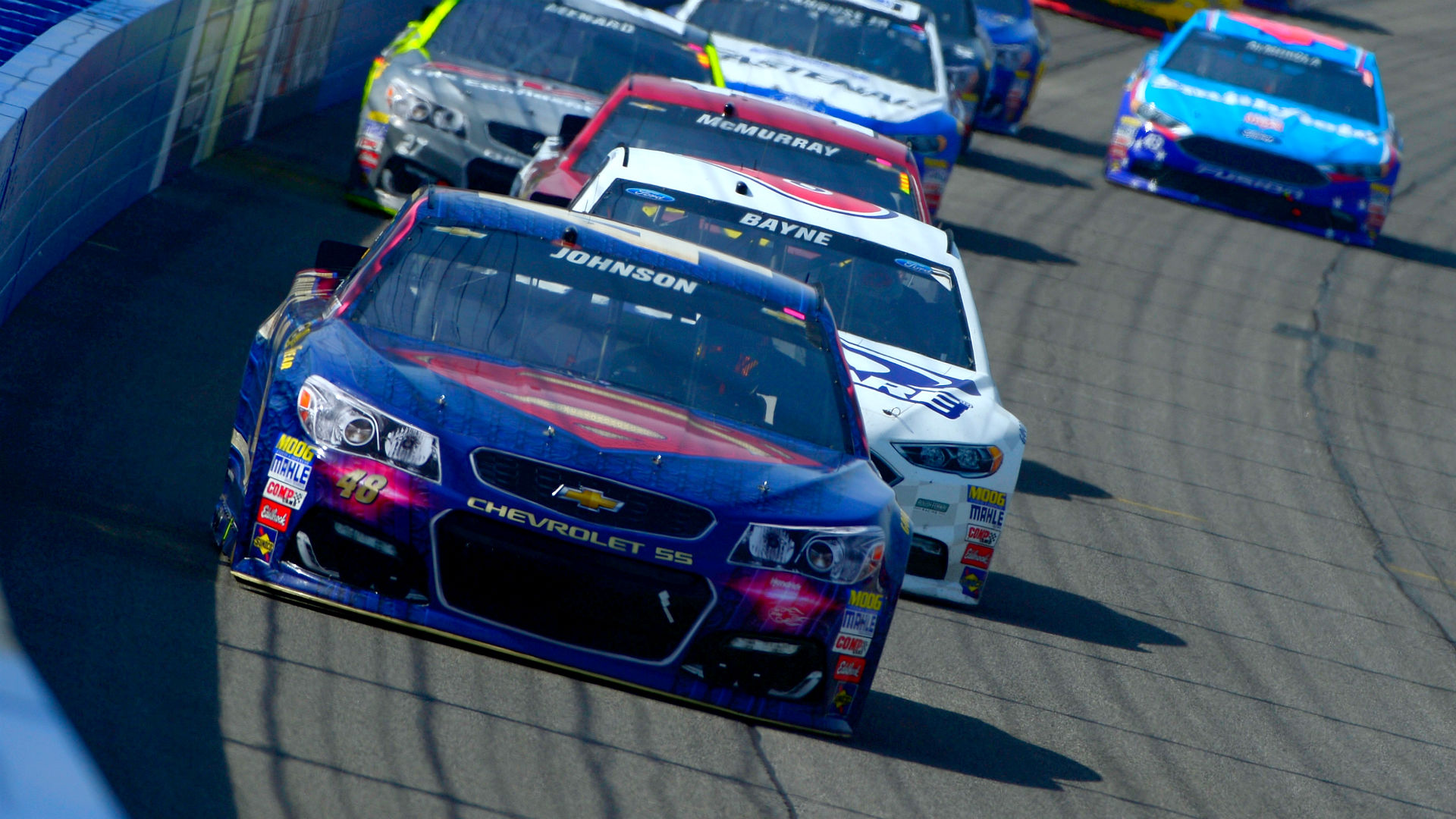