England were left stunned after the Windies levelled their three match series at 1-1 following a five wicket win at Headingley yesterday. The Windies reached their target of 322 to win courtesy of a brilliant 118 Not Out by Shai Hope. Who became the first ever player to score a hundred in both innings in a test match at Headingley.

The result was even more remarkable when you consider how badly England demolished their opponents in the first test at Edgbaston just a week or so before. England made just one change from that side with the fit again Chris Woakes coming in for Toby Roland-Jones. The Windies rather surprisingly didn’t change their batters however there were changes in the bowling department where Shannon Gabriel and Devendra Bishoo replaced Miguel Cummins and Alzarri Joseph.

England’s new captain Joe Root won the toss and decided to bat first which was a decision that surprised a few considering England took nineteen wickets in a single day during the first test. However England were still expected to go out and pile on the runs against a depleted Windies side but things didn’t pan out that way.

England were three down by lunch with Alastair Cook edging to third slip for just Ten, Tom Westley pinned plumb LBW for Three and debutant Mark Stoneman nicking behind for 19. It could easily have been four but Joe Root was dreadfully dropped at first slip by Kieran Powell. However the Windies continued to take wickets with Dawid Malan falling to Jason Holder and Joe Root eventually caught by Jermaine Blackwood at slip off spinner Devendra Bishoo for 59.

Ben Stokes managed to add some respectability to England’s total by scoring exactly 100 despite being dropped twice by Kraigg Brathwaite at first slip early on and Shannon Gabriel at mid-off on 98. England were in the end polished off for 258 despite the Windies missing four catches in the innings. This left the visitors with about twenty five minutes to bat till the close but they couldn’t make it through without damage opener Kieran Powell dismissed for Five.

Day two belonged to Windies batsmen Kraigg Brathwaite and Shai Hope who shared a magnificent 243 run stand with Brathwaite reaching 134 and Hope 147 who fell first ball of the third day. Then thanks to some power hitting down the order from Jermaine Blackwood and captain Jason Holder the Windies reached a total of 427 giving them a more than useful lead of 169 runs. England managed to reach stumps on day three two runs ahead of the Windies but lost their top three batsmen in the process.

After what had been a very dissapointing first three days of the test performance wise the hosts rallied on the fourth and put in a solid batting display. Root and Malan got things going contributing 72 and 61 respectively. This set the platform for the lower middle order to get in on the act which Moeen Ali did superbly by smashing his way to a quickfire 84 off just 93 deliveries.

Stokes (58) and the returning Woakes (61) also chipped in. England declared on 490-8 setting the Windies a target of 322 to win the test it could have been significantly less if Root hadn’t been shelled on Ten or if the Windies had held just a couple of the 7 catches they put down over the two innings however they did at least manage to reach stumps no wickets down.

The equation was simple for the tourists 317 runs needed in the day to seal a staggering comeback and a truly famous victory. The quality of catching in the test was at best average with the number of drops by both teams totaling double figures and this was back on show early on the last day when Brathwaite edged Broad straight to the usually dependable Alastair Cook at first slip however the ball somehow escaped his grasp.

The Windies were going along nicely at 46-0 but this soon became 53-2 and the game was once again wide open. That was until Shai Hope walked to the crease to reunite with Brathwaite and England’s bowlers were once more left helpless.

Again the Windies seemed to be in complete control until just before Tea when Moeen Ali removed Kraigg Brathwaite for 95 depriving him of a century and the chance to make history as the first player to score a hundred in both innings of a test match at Headingley.

England though were unable to remove Hope and along with Roston Chase (30) and the excellent Jermaine Blackwood (41) he nudged his side over the line to complete arguably one of the greatest turnarounds ever in team sport.

England like they did against South Africa earlier in the summer were unable to follow up one crushing performance with another and now head to Lord’s looking to avoid an embarrasing series defeat.

England are still firm favourites to go on and win the final test at Lord’s when it starts in a week’s time on September 7th. However if things were to go wrong for England and they are defeated at Lord’s what kind of effect this would have on the players would be a serious concern especially with an Ashes series in Australia getting closer by the day. 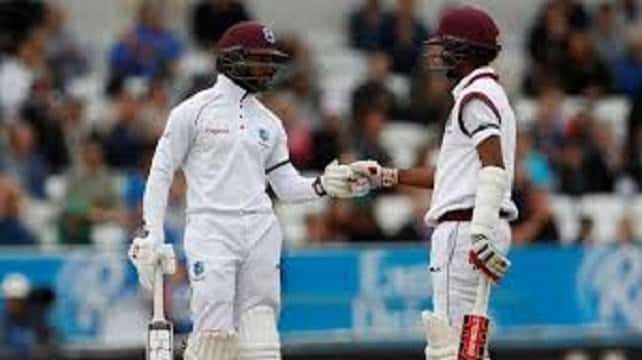