Welcome to the final day of Matchday 4 Round of 16, today we’ll get to know our final two quarterfinalists.

We start off at Wembley where England will take on rivals Germany then we’ll end our day with another crucial clash of the bracket with considered minnows Sweden facing a spirited opponent in Ukraine at Glasgow.

Tonight Wembley will host a clash of titans with the three lions taking on Germans, it will be a rebirth of already hostile rivalry between the two nations.

England will be hoping for an act of revenge for the Euro 96 semifinal clash when they got crashed out by the Germans on penalties.

England have qualified for the knockout stages with an unbeaten record in Group D collecting 7 points from 3 group fixtures. On the positive side of things they haven’t conceded a goal in their whole Euro campaign till now and on the negative side they have only managed to score 2 goals despite having a plethora of goalscoring aptitude at their disposal.

Germany, meanwhile, were drawn into the “Group of Death” alongside Portugal and France but it was the minnow Nation Hungary that gave them a bated breath, the Deutsch were on the brink of early sending back with Hungary leading 2-1 with only six minutes of normal time to go before the substitute Leon Goretzka saved the beacon for the Germans with a superb strike to drew 2-2 against the valiant Hungarians.

Gareth Southgate has discarded the talks of the horrible Euro 96 penalty miss this very well means the hard memories still coming back to haunt him and he will be vying for a revenge which will reinstate his status among the British audience.

For Joachim Low the encounter is as important as for Southgate with him leaving the German head coach throne after this tournament, a dismal loss has the potential to ruin all his good image and legacy with German fans.

England duo Mason Mount and Ben Chilwell are back in the England setup after missing the final group game against the Czech Republic. Both were forced to a short self-isolation period in caution to the asymptomatic virus catching due to coming in close contact with the COVID-positive ace Billy Gilmour during the Scotland game.

Apart from that there are no fresh injury concerns for Gareth Southgate and has a fully fit squad available at his disposal.

Bukayo Saka will be hoping to keep his spot in the Starting XI after putting up an impressive display against the Czechs. Grealish might be dropped for back again Mason Mount the Chelsea star will go straight into the playing XI.

Harry Maguire made his comeback appearance in the last group game against the Czech Republic, the Man United captain will again be given the keys to Marshall the defensive line alongside a rejuvenated John Stones,

Whereas for Joachim Low’s Germany, they have only one injury issue as Lukas Klostermann will again not be available due to an injury issue, Other than that there’s nothing much to worry about for Low in the Injury department. Sane will have to contend with a spot on the bench after the poor showing against Hungary.

The duo of Gundogan and Kroos will hold the for the Germans as they have the job to maintain the flow and tempo of German attacks, Gosen and Kimmich will have to provide width or if possible notch up a goal and with rapid pace on the wings in Gnabry and Havertz and an intelligent brain of Muller stuffed between them, the Die Mannschaft have every element to give a blow to the young English side.

Yesterday, we saw the emotions coming out from the Nations who would have thought we would witness a massive 14 goals in only 2 knockout games on the same day, it’s as if the teams have forgotten about defending, these thrillers are excellent watch for the neutrals. I think this game too will follow the suit.

Both teams will try to play it safe in the first 15-20 mins after that a tap in from Muller will open the floodgates and would force the Southgate side to come out and play with attacking intent, Kane would score a brace to give England a 2-1 lead before Goretzka pulling another late leveller to drag it into extra time, then we will see the whole of Wembley roaring and pushing their team hard which will finally come to fruition with Grealish scoring the winner late in the second-half of Extra-time.

It’s a real possibility if England gets past the Germans they will have an easy route to the semi-finals, this can be regarded as another Golden opportunity for Southgate similar to the one in the 2018 World Cup but can he step up and bring that much-awaited trophy.

Sweden and Ukraine will face off against each other tonight at Hampden Park, Glasgow with an aim to book the last left quarterfinal spot.

After their exploits in the 2018 World Cup, the expectation level have increased back in Sweden and a place in Round of 16 an absolute necessity to mark the progress under Janne Andersson but no one would have thought that the Swedes will pipi Spain to retain the top spot in Group E.

The Swedes getting a win against has unknowingly helped Ukraine who despite having only 3 points and a negative goal difference fortunately managed to qualify to become the 4th best third-placed outfit in the tournament’s group stages, Ukraine’s start was a promising one as they ended on the wrong side of an entertaining 3-2 defeat to the hands of Dutch followed by a decent 2-1 win against the Macedonian’s before a dismal 1-0 defeat to the Austrian’s leaving everything on their fortune.

Ukraine will have a chance for redemption against Sweden, they can book their ticket to the quarterfinals with a decent performance tonight but will the Shevchenko side turn up for tonight’s critical knockout clash.

One guy Sweden has to thank for their recent endeavours is Emil Forsberg, the RB Leipzig midfielder who has already bagged 3 goals from midfield and is also in the running for the Golden boot. Many Sweden fans were devastated by Ibrahimovic’s omission from the squad owing to injury and Kulusevski catching the virus but amazing performances from their defence and promising sensation Alexander Issac that devastation has turned to delight and proud feeling on their Nation’s football team.

Sweden are the favourites coming into this clash they remained unbeaten in the Group Stages which extended their unbeaten run to 8 consecutive games this year.

Andersson will go with the preferred trademark 4-4-2, two solid banks of four and two target man’s upfront leading the line in a double-act. He replaced the Krasnodar veteran striker Marcus Berg with Mainz forward Robin Quaison, who’s expected to keep his spot in the playing XI.

In a piece of positive news for Andersson’s side, Both Mattias Svanberg and Juventus star Dejan Kulusevski got the clearance to return to the Swedish fold, both the players have completed their isolation period after testing positive for the virus earlier in the month.

Kulusevski is pushing hard for a starting berth but Andersson believes the former Parma star can have a greater impact after coming as a substitute.

On the other hand, there’s a possibility that Shevchenko could be forced to change his setup from 4-3-3 to 4-1-4-2 as they are missing both the left-sided wingers in Viktor Tsyhankov and Oleksandr Zubkov to calf injuries.

Attacking talents such as Yaremchuk and Yarmolenko will again become vital in this game if Ukraine wants to break this resilient Swedish side.

Ukraine slightly edges out Sweden in the head-to-head record as they have won 2 and drew 1 out of 4 past meetings between these sides, The last meeting between these two in a major competition was back in Euro 2012 when Ukraine completing a sensational comeback with their current manager Shevchenko scoring a remarkable brace to over Zlatan Ibrahimovic’s opener.

Anyways, I’m going for a 2-1 win for Swedes with Issac’s opener canceled out by a wonderful Yarmolenko goal before Kulusevski coming from the bench to score the winner.

Do let us know your predictions in the comments below and for more updates follow our Forums sections. 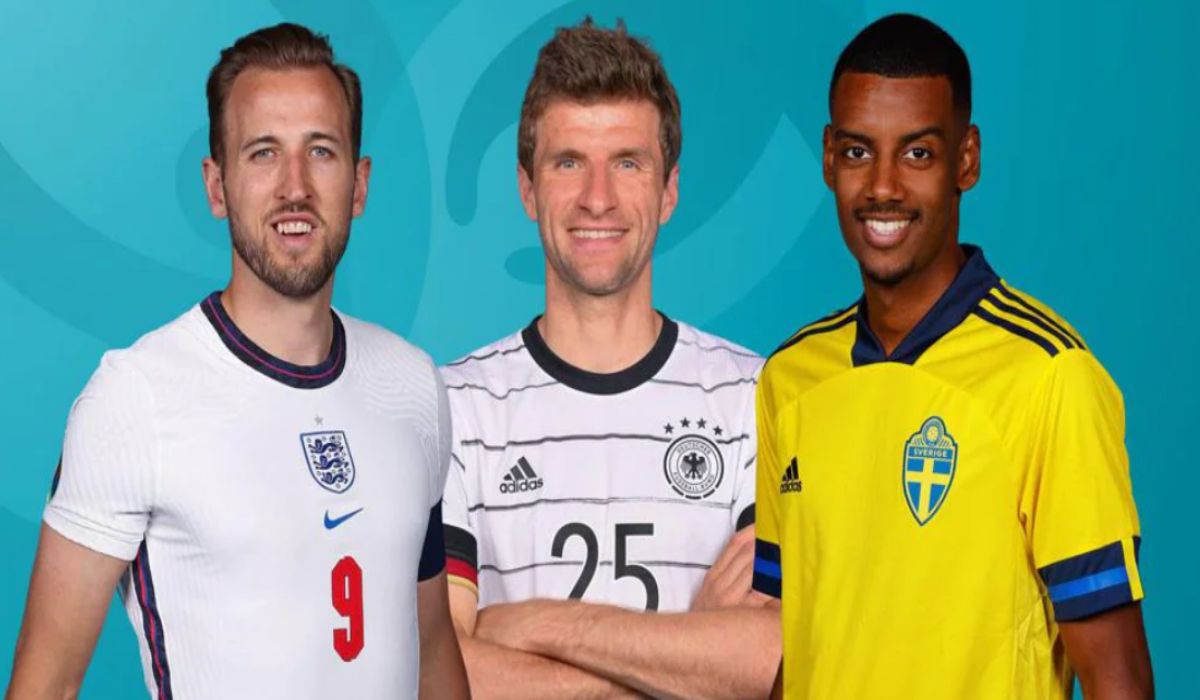