Gerhard Erasmus’ 53 not out saw Namibia into the Super 12s after an 8-wicket win over Ireland while Sri Lanka would make it 3 wins from 3 in Friday’s ICC T20 World Cup action.

Ireland won the toss and elected to bat first.

Craig Williams would be caught by O’Brien off the bowling of Campher for 15 before Green would be the other wicket to fall, to the same combination, for 24 with Gerhard Erasmus (53, pictured below) and Wiese (28 off 14 balls) saw Namibia into the Super 12s.

Sri Lanka vs The Netherlands

Sri Lanka would win the toss and bat to field first.

Max O’Dowd would be run out by Dasun Shanaka for 2 before Ben Cooper would be bowled by Maheesh Theekshana for 9. Stephan Myburgh would be dismissed the same way for 5 before Colin Ackermann would be LBW to Wanindu Hasaranga (pictured below) for 11.

Bas de Leede would be dismissed the same way without scoring before Roelof van der Merwe would be caught behind by Kusal Perera off the bowling of Dushmantha Chameera for the same score. Pieter Seelaar would be LBW to Hasaranga for 2 before Scott Edwards would be LBW to Lahiru Kumara for 8. Brandon Glover would be caught by Perera for another duck before Paul van Meekeren would be the final man out, becoming the third wicket of the over LBW, being the fourth and final duck of the innings – Fred Klaassen was 1 not out.

These results see Sri Lanka into Group 1 where they join Australia, Bangladesh, England, South Africa and West Indies while Namibia move into Group 2 where they play Afghanistan, India, New Zealand, Pakistan and Scotland. 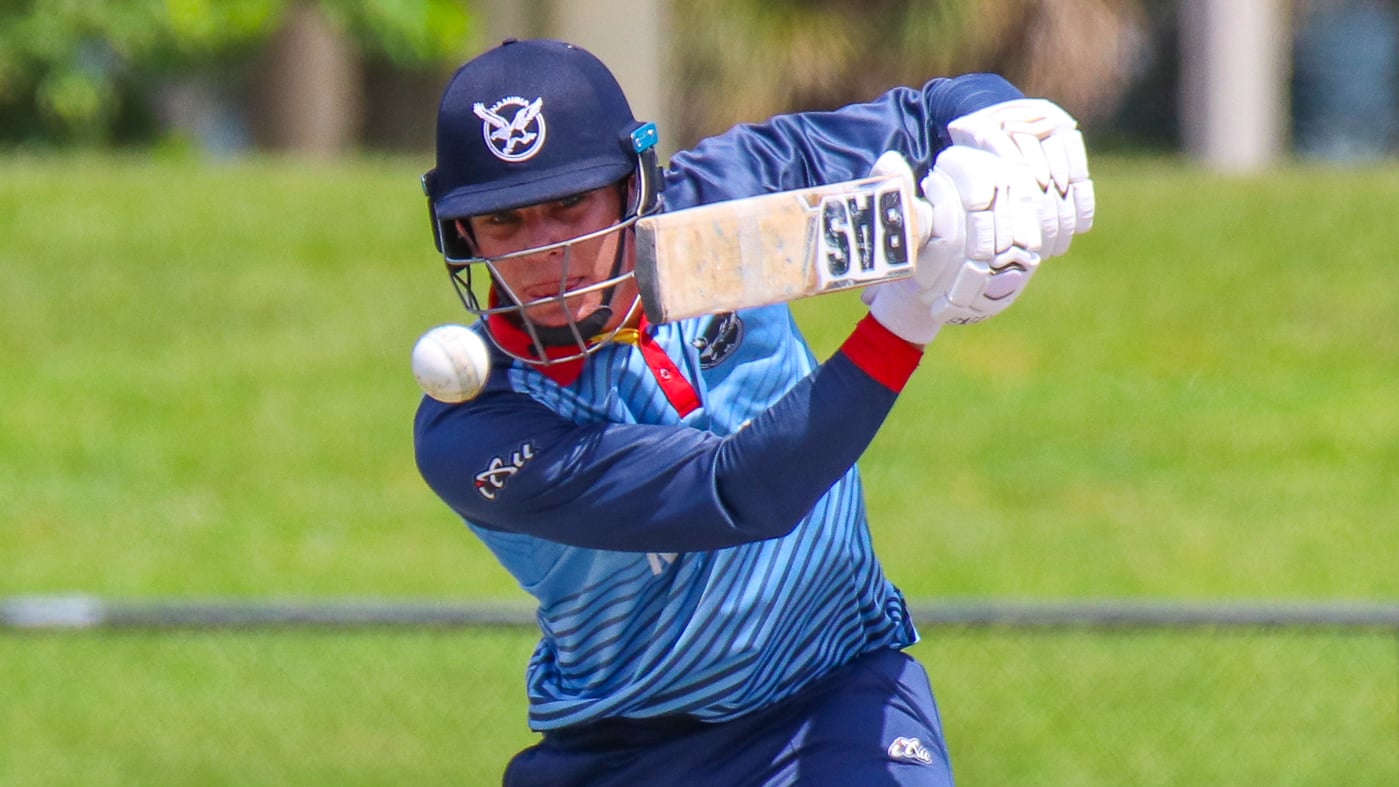