Decked out in a rich shade of blue, Napoli took the field on their home pitch Thursday against Polish side Legia Warsaw. The Stadio Diego Armando Marando hosted a packed crowd of excited fans.

Honestly, why wouldn’t any locals or visitors attend the game? Gli Azzuri was steadily proving the critics and pundits wrong, taking first place in Serie A. Their 100% record in Italian football, alongside a slightly worse Europa League record(1-1-1), made them must-watch entertainment. Napoli’s Halloween-themed kit and transfer rumours have helped draw media attention to the side.

It doesn’t hurt that the Neapolitan side has one of the most entertaining attacking partnerships in Europe. Mexican right-winger Hirving Lozano has chipped in with two goals and two assists. The Gold Cup runner-up is valued at 45 million euros, a mind-blowing amount of money. Italian right-winger and captain Lorenzo Insigne has netted thrice but has set his teammates up for scores four times. Nigerian centre-forward Victor Osimhen has scored nine goals and assisted once in ten games.

Their depth is also strong. Target forward Andrea Petagna, slick centre-forward Dries Mertens, and newly-transferred(from Inter) right-winger Matteo Politano all have made significant contributions for the boys in

Napoli’s attacking front is rivalled only by Liverpool and Bayern. But their goalscoring isn’t all they have. Here’s why they will be a legitimate force in both Italy and Europe.

Napoli Has A Solid Defense

The Neapolitan side has only conceded three times in Italian competition. If Gli Azzuri continues to show their defensive prowess, you can be sure they’ll have a good season.

Napoli also has young talents. Some, like the world-class forward Victor Osimhen, have gotten mainstream attention from all corners of the globe. But others, like the Macedonian midfielder Eljif Elmas, aren’t as well-known. Fabian Ruiz, a Spanish midfielder with 15 caps, isn’t one of the world’s most known players, but Ruiz is still elite. His vision, passing skills, and versatility are hard to replace.

Napoli’s Primavera squad hasn’t done shabbily either. In their first five games of the youth season, they’ve finished third with nine points. Football fans should assume that the Neapolitan academy will become a powerhouse.

Napoli Has A Strong Midfield

With the aforementioned Eljif Elmas and Fabian Ruiz controlling the tempo, Napoli isn’t doing much wrong in terms of the midfield. Andre Zambo Anguissa and Diego Demme are defensive stalwarts and have helped significantly in preventing goals.

However, the diamond of the superstar midfield has got to be Polish attacking midfielder, Piotr Zielinski.

Valued at a whopping 50 million euros, Zielinski has scored once and assisted twice in nine appearances. He’s earned 64 caps for his native Poland and has proved irreplaceable for I Partenopei.

Where You Can Catch Napoli

Napoli will play Jose Mourinho’s Roma Sunday in the Derby del Sole. The top-of-the-table clash will certainly shape the title race. Although AS Roma was hammered 6-1 by a small Norwegian side in their last match, they can still bounce back and give Napoli a hard time.

Napoli will face Legia Warsaw away from home in their next Europa League fixture. After a 3-0 thumping that saw them move to second place, the Neapolitan side will try to defeat Warsaw to move into first.

Napoli will play in the Coppa Italia sometime in January 2022. Their Italian conquest will begin with a round of 16 match against Fiorentina/Benevento. 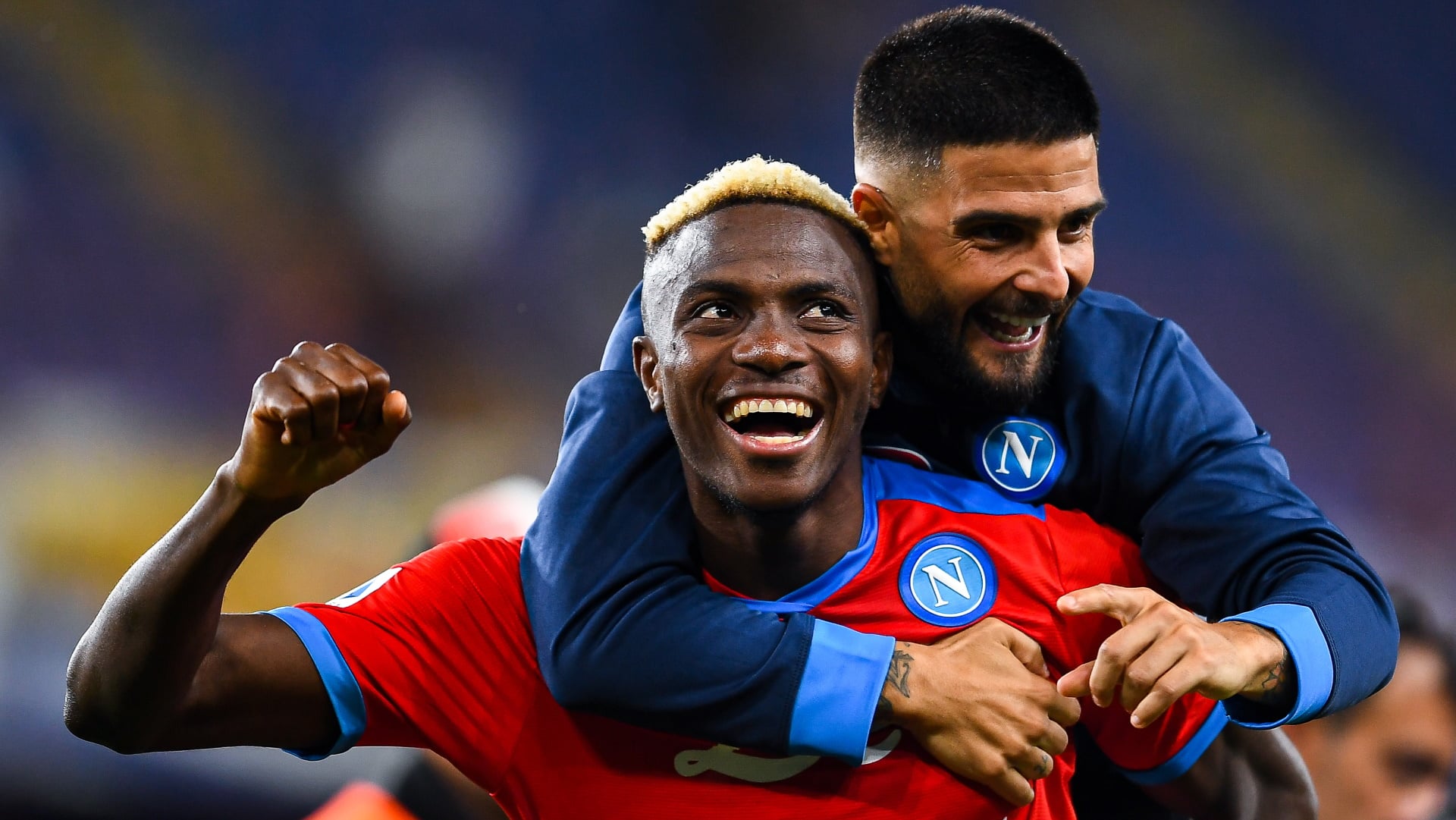