After a highly anticipated buildup, UFC 264 featuring Conor McGregor vs. Dustin Poirier ended with an anticlimactic finish. It was the kind of unexpected turn of events that is sure to dominate the highlight shows and even become a topic of conversation outside of the sports realm. The other four fights on the main card were highly entertaining; pay-per-view customers certainly got their money’s worth this time around. Without further ado, let’s get into it!

Conor McGregor was determined to show the world that he is still an elite fighter in the UFC’s lightweight division. One of the biggest criticisms of his last outing against Poirier was that he relied too heavily upon striking. There was talk that his foray into boxing had diminished his overall mixed martial arts skills and that he did not bring a diverse enough attack into the octagon. His approach at the onset of the fight made it clear he’d been listening to the critics.

He started the fight with two spinning kicks, which appeared to catch Poirier off guard. Poirier countered with a combination and the two men exchanged calf kicks while feeling each other out. McGregor then scored a nice takedown against Poirier and tried to put him in a submission chokehold. Poirier was able to fight out of it and eventually gained the dominant grappling position. He then piled up a large number of points using ground and pound tactics.

Eventually, the two men got up from the mat and faced off. While the two of them each missed an attempted strike, McGregor fell back on his leg. The full weight of his body came down awkwardly, snapping his shin and leaving his ankle dangling at an unnatural angle. The referee took one look at McGregor’s ankle and waived off the fight. Thus Dustin Poirier won the fight with a first round TKO.

In the post-fight interview in the octagon, Poirier told Joe Rogan that he thought McGregor initially fractured his shin on an attempted kick early in the round. Once he fell back on the leg awkwardly, the result was inevitable.

Is this the end of Conor McGregor as an elite fighter? Time will tell. The truth is, even before the injury, Poirier was the clear winner of round one. Anything can happen in mixed martial arts and the momentum may have eventually swung back to McGregor but it looked to be Poirier’s night. After weathering McGregor’s initial onslaught, he clearly regained control of the fight. Whether or not he properly heals from this dramatic injury will play a huge role in McGregor’s future as a fighter. That being said, the narrative of this fight should focus on Poirier. He won the trilogy fight against his arch nemesis; he should feel good about that. He also greatly improved his chances at getting a title shot, which he’d cherish even more than a win over a rival.

Ever since his two epic fights against Tyron Woodley, Stephen Thompson has been a fan favorite in the UFC. The sold out crowd at T-Mobile Arena could be heard supporting the 38-year-old from the onset of the fight. However, Gilbert Burns would not be deterred; he showed up to fight and immediately began implementing his game plan.

Early in round one, Burns scored a nice takedown. However, Thompson is a seasoned veteran who knows how to fight his way out of a bad position and get back to his feet. Burns would not be deterred by Thompson’s resilience and eventually pinned the more experienced fighter to the cage while standing. Although it was relatively uneventful, round one clearly went to Burns.

Burns scored another takedown early in round two but again Thompson found a way to fight his way out of it. Figuring out that he was not going to out-grapple Thompson in the round, Burns resorted to throwing combinations. This strategy worked as he was able to land several scoring blows. Near the end of the round, the two men found themselves locked arm in arm against the cage. They each threw furious blows with their free hand until the round was over.

Sensing that he was down on the scorecards and in need of a finish to win, Thompson went all-out to start round three. He scored on a huge strike that sent Burns sprawling to the mat. However, the younger Burns quickly got back to his feet and was able to score a third takedown. He attempted a chokehold but being a wily veteran, Thompson was able to avoid it. Burns ended the fight with a ground and pound barrage to secure the victory. He was awarded a unanimous decision by the judges. Beating a respected fighter like Stephen Thompson will do wonders for Gilbert Burns’ aspirations of one day securing a title shot.

If you’re at a party and someone dares you to drink beer out of a shoe, you have none other than Tai Tuivasa to thank for that.

Coming into the match, Tuivasa and Hardy were both considered promising heavyweight prospects who needed to sharpen their skills in order to be counted among the elites in the division. Tuivasa elevated his status with his performance; Hardy will have to go back to the drawing board.

Tuivasa started the round by landing several great calf kicks. Hardy responded by going to his striking, the element of fighting he is most comfortable with. After landing a hard right hand that staggered his opponent, Hardy saw an opportunity to go for the finish. However, Tuivasa showed resolve, landing a hard left hand counter that knocked Hardy senseless. As he attempted to mount Hardy for a ground and pound referee waived off the fight.

Afterwards, Tuivasa climbed on top of the cage and poured a can of beer into a fans sneaker before chugging it right out of the shoe. Let’s all hope this doesn’t become a trend or the latest viral internet challenge.

Irene Aldana had trouble making weight for this fight. She was fined by the UFC for missing weight but Yana Kunitskaya’s camp allowed the fight to go on.

Yana Kunitskaya’s strategy was clear; start off aggressive and for Aldana to backpedal. Unfortunately, Aldana did not cooperate. Instead of backpedaling, she counter-punched and caused Aldana to begin bleeding from the nose. She then hit Kunitskaya with a counter left hook that sent her to the mat. Aldana took advantage of the opportunity and began to ground and pound her opponent. As Kunitskaya attempted to roll over to her stomach to shield herself from the strikes, the referee stopped the fight. With one fighter rendered defenseless, the stoppage was the right decision.

Kris Moutinho set out to put the world on notice that he was not intimidated by a veteran fighter like Sean O’Malley. He charged forward the entire fight and never took a step backwards. Unfortunately, this was not a wise strategy against a fighter with O’Malley’s elite timing and split-second decision making.

For two and a half rounds, Moutinho took more punishment than any corner should allow. To his credit, he was able to cause fatigue in O’Malley; he was caught glancing at the clock twice during the fight. However, while Moutinho should be applauded for his courage he will have a short career if he does not work on defense. Not only was his face beaten bloody by O’Malley’s strikes, he was rendered defenseless by the third round. While fans in the arena booed the referee’s decision to stop the fight, I believe it was the right call. Moutinho had taken entirely too much punishment. Not only is fighting with no regard for defense unsafe, it should not be encourage by anyone connected to the sport.

Conor McGregor must do some soul searching. Has making more money than he could’ve ever dreamed of robbed him of his killer instinct? Can he still compete against the best fighters in the world? Should his next retirement be permanent? Only he can answer those questions.

The truth is McGregor will most likely always have a following but it is not unfathomable that he falls out of the spotlight. Once upon a time, Ronda Rousey was a mixed martial arts superstar, now she does cameos in movies and helps promote professional wrestling. It’s not a fall from grace but her star doesn’t shine as bright as it once did. Every athlete has a prime set of years where their performance is at it’s absolute peak. Some athletes experience this sooner rather than later. McGregor appears to be an athlete with an early prime. He’s only 32 years old but it seems as if his best days as a fighter are behind him.

UFC returns to the Apex Center in Las Vegas next week with a Fight Night featuring Islam Makhachev vs. Thiago Moises. The event can be viewed on BT Sport in the United Kingdom and on ESPN Plus in the United States. As always, stay tuned to World In Sport for all the latest updates on UFC and the world of mixed martial arts! 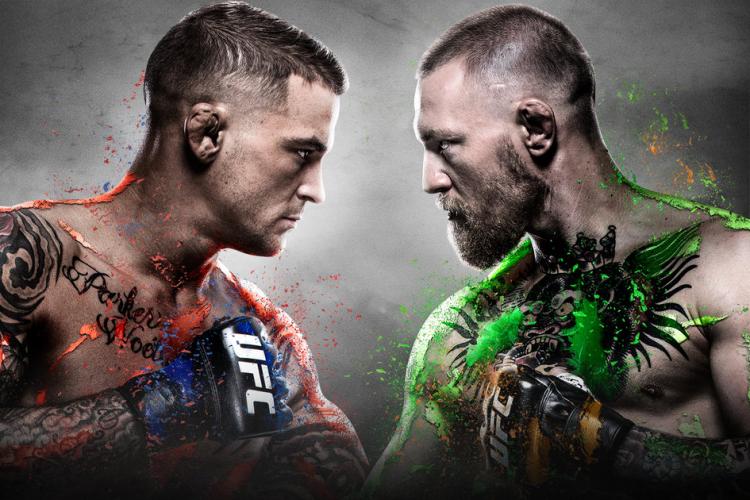