France has lit up Euro 2020 after having shown they are worthy of being called world champions after getting their campaign off to an amazing start.

Having narrowly missed out on the European crown in 2016, they proved they are even more hungry for it after playing arguably the most entertaining game of the Euros. Germany was looking to avenge their semi-final defeat to France five years ago in the same tournament however an own goal from Mats Hummels proved to be their undoing.

The opening quarter at the Allianz Arena saw little chances being created from both sides, with France being more eager of the two, controlling the midfield and threatening Germany’s goal on multiple occasions through the electrifying Kylian Mbappe.

Manuel Neuer, who recently achieved his 100th caps for Germany, was forced into a fine save by Mbappe who managed to cut inside of Joshua Kimmich and Matthias Ginter on the left and fire a low drive to Neuer’s left.

France, who controlled the game so far found a deserved breakthrough through an unlikely source, an own goal from Hummels on the 20th-minute mark. Paul Pogba swung in a gorgeous ball into Lucas Hernandez who volleyed the ball back across goal in search of Mbappe, however, Hummels, who returned back to the national side after two years, found himself in-between and was unable to direct his clearance away from his own goal.

Germany came close to levelling minutes later with a missed opportunity by Thomas Muller, who failed to fully capitalise on a glancing header which he directed just wide off the back post.

The defensive pairing of Raphael Varane and Presnel Kimpembe and the ever-present, and smiling, N’Golo Kante just in front pulling the strings from the back and intercepting loose balls, prevented the Germans from having the necessary space to cause trouble for France. Through the rest of the first half, Les Blues continued to search for that all-important second goal and utilised Kimmich’s early yellow card and Mbappe’s pace to focus attacks on the left-wing.

The second half proved to be some of the best 45 minutes played thus far in the tournament with a fast pace, end-to-end action by both teams. France came out from the dressing room with the same attacking flair that they finished the first half with and were almost rewarded with a second goal through Adrien Rabiot who was expertly found by Mbappe and hit the post at close range, though was flagged for offside.

Germany then switched gears for the first time in the game and Serge Ganabry came close twice to scoring with a half volley floating over Hugo Loris but just over the crossbar and a through ball from Toni Kroos which was brilliantly snuffed out by Loris.

Kimmich started to utilise his attacking talent and caused France grief with constant pinpoint crosses into the box almost leading to goals. Another offside call went against the French with Mbappe having a beautifully taken finesse goal rightfully ruled out for offside.

Mbappe who has illustrated in this game that he has a claim to the best young player in the world was presented with another chance to put the game to bed with 15 minutes to play after blitzing past Hummels, however, took too long to shoot, which gave time for the defender to slide in just in time to get in a perfect tackle.

Karim Benzema, unfortunately, had his first national goal in five years ruled out on the 86th-minute mark after Mbappe was caught offside during the build-up after a VAR review. Despite six minutes added on and some pressure from Germany, France was able to hold onto the win a get full three points boosting their prospects of qualifying from the ‘group of death.

What’s next for France and Germany?

France will travel to the Puskas Arena knowing that a win against Hungary, who lost the group opener against Portugal, would mean qualification from the group. Despite Hungary almost managing to hold off Portugal, similar performance as shown today should give France a comfortable victory.

Germany will take on a confident Portugal side who scored three late goals in the space of eight minutes to win in Hungary. Germany will need to pull something out from that game knowing that a final match against Hungary will be no easy feat. 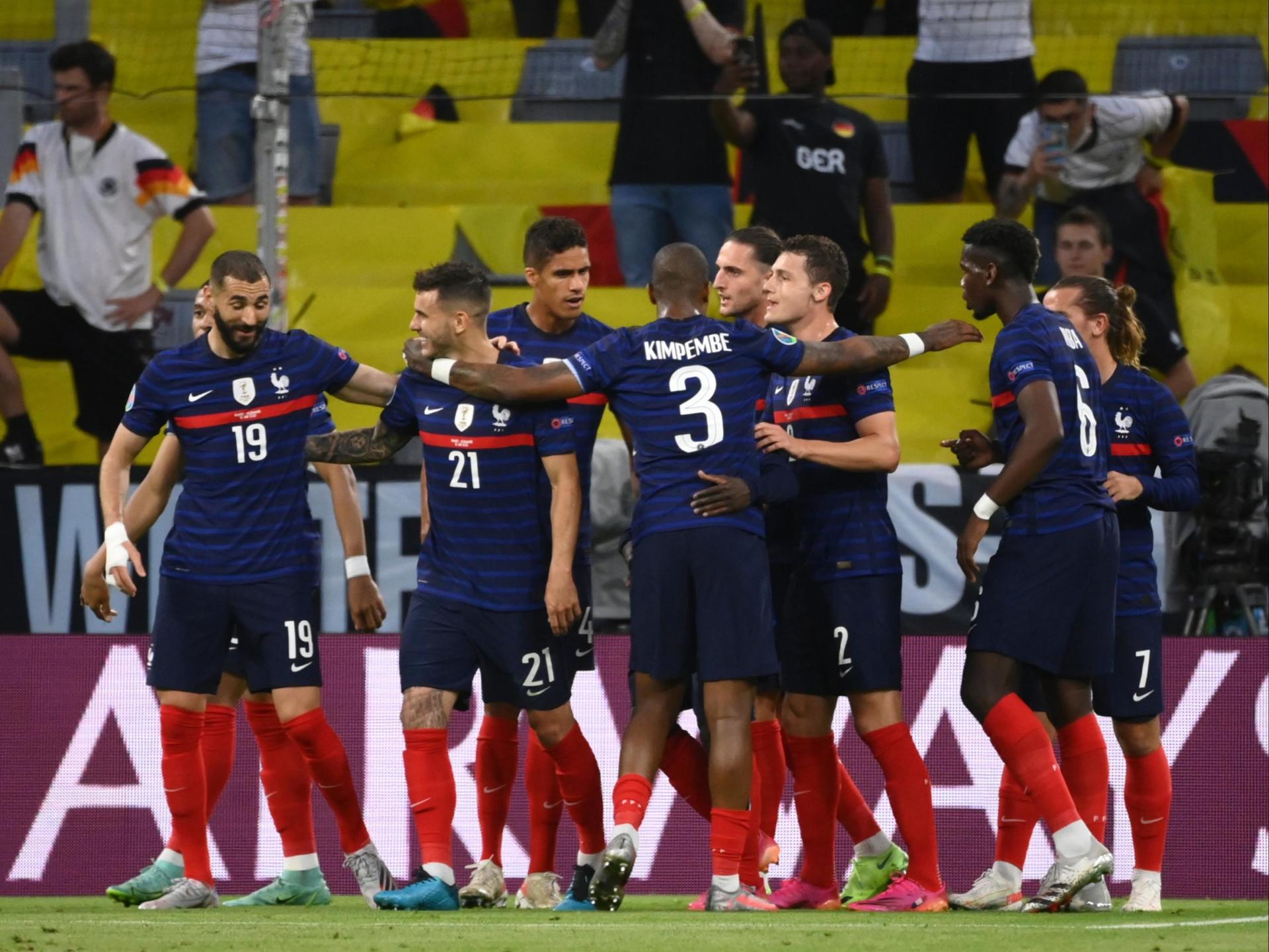