Yesterday we got our first Euro 2020 finalists in Italy, who beat Spain 4-2 on penalties after drawing 1-1 in the regulated normal time followed by a goalless Added Extra Time.

England will step onto Wembley knowing that they have an amazing opportunity to break the knockout stages hoodoo to book a final ticket against Italy at Wembley but before that, they have a tricky task at hand of getting past a spirited Danish side under the Wembley arch.

The confidence will be brimming in the English camp as they are coming on the back of producing their most complete performance at Euros’ so far as they cruise past Ukraine in the Euro 2020 Quarterfinals crushing them 4-0 in the process. It only took Kane 4 minutes to open the floodgates, Kane and Maguire headed further goals early in the second half before Liverpool captain Jordan Henderson headed home his goal after coming as a substitute to put the game into the dead end.

Many have cast doubts over England’s attacking intent but all those have been put down by this balanced attacking display, most of England’s success in this campaign because of their defensively astute and composed backline they are the only team still to concede a goal at Euro 2020 finals up until now. Talking about the frontline department, Kane has lately found his scoring boots at just the right time, Grealish remains an X-factor and Sancho the king is also back with his extraordinary dribbling and technical deft skills.

As for Denmark, they stood firm to avoid a late scare from the Czech Republic, Delaney headed home in the 5th minute before Kasper Dolberg finished a brilliant assist( probably the assist of the tournament) from outer laces by Danish wing-back Joachim Maehle to put the Danes 2-0 ahead going into the halftime break, However, Patrick Schick scored for the Czechs early in the second half to give the Danes daunting 30-40 mins.

England and their Semifinals curse folklore

Earlier today in the pre-match presser Gareth Southgate revealed that he has a full-strength squad available at his disposal with Bukayo Saka back fit and available for selection but considering Sancho’s bright impact the Man United bound winger should get a nod on right-flank.

After a massive pre-tournament hassle Southgate finally realized his best formation and system in a 4-2-3-1 playing two sitting midfielders at the centre of the park. With a plethora of attacking talents, it’s sometimes very hard to select a balanced and organized structure Southgate deserves plaudits for that.

Eriksen will be the obvious miss as he’s recovering which forced  Kasper Hjulmand to change the whole system from 4-3-3 to 3-4-3 to compensate for Eriksen loss around whom the previous system was built on but that ultimately boded well for the Danes as they replaced Eriksen with young prodigy Mikel Damsgaard, who’ll be on the radar of every big club after the tournament.

The 3-4-3 setup gave the Danish side added composure and dominance at the back with Vestergaard joining the warrior Simon Kjaer and UCL winning Chelsea’s ball-playing centre-half Andres Christensen. Hojberg will be the key in the midfield we saw him in a more attacking role against the Czeches and was dictating the play but his main job will be to screen the defence to provide the extra cover needed against a superior English side.

Though Daniel Wass is fit again to start in the right wing-back role however after providing an assist and putting up an inspiring display Stryger will keep his place on the right so Wass has to contend with a place on the bench.

The Danes have decent firepower off the bench too in Youssuf Poulsen and Mathias Jensen both striving hard for a starting berth and shined after coming as subs in the Czech Republic game.

England has won five of the seven encounters between England and Denmark played at Wembley, while Denmark has won only two and the amusing fact is that each one of them ended with a dour 1-0 scoreline, So be prepared for that eventuality.

But I’m going for an entertaining and dramatic 2-1 win for the three lions, this Danish side has the talent and calibre to go gung ho right from the start, if they are undermined by England they have the potency to come back at you. I predict Denmark to score first through much-ridiculed Martin Braithwaite to cause utter dismay at Wembley then fans will screaming and push England to attack and score a bloody goal which eventually will happen early in the second half through Kane before Grealish scoring the late winner to add to his ‘Gazza’ comparison hype.

The only thing bugging me is that on paper and comparing the individuals, England have a much far better side than the Danish but as we all know Football is more about the team spirit than anything else and vibes around the fearless Denmark camp are positive and if they are to be overlooked by England then a big upset might be on the cards.

Do Let us know your predictions in the comments section below and for more updates join our forums section. 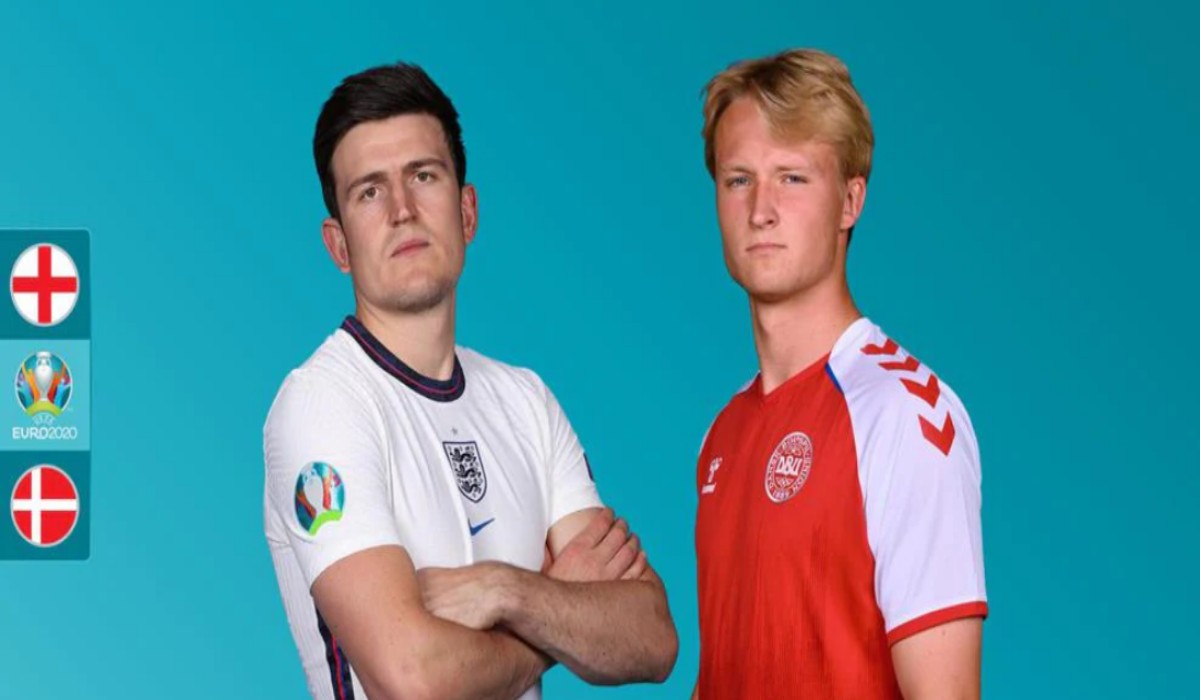