Group E got underway on Monday at Euro 2020 with Spain, Sweden, Poland & Slovakia all getting their tournaments up and running, first up in the early evening kick-off (in the UK at least) was Poland against Slovakia in St Petersburg…

Slovakia grabbed only their second ever win at a European Championships after they stunned Poland in St Petersburg, the first chance fell to Slovakia when Ondrej Duda cut inside and fired an effort into the side netting with Wojciech Szczesny scrambling, but in the eighteenth minute they did take the lead when Robert Mak created a chance with all his own doing to charge into the area and his effort thumped against the near post but then went in off keeper Szczesny and then into the net.

It was a first at a European Championships too as no keeper had ever scored an own goal at one, so not a record the Polish keeper would have wanted, and then his teammate Grzegorz Krychowiak had to illegally stop a breakaway by the Slovaks by pulling back his opponent, resulting in a yellow card, would prove costly later in the contest.

Slovakia continued to have the better chances and saw Sczcesny tip over a long-range effort, and then another ball into the Poland box saw a header go straight at the Polish stopper, and then the Poles did have an effort on goal after a slip from Slovakia on the edge of their own box, but the effort was rifled well over the bar.

Less than a minute into the second period though and Poland had found a leveller when a well-worked move ended with Karel Linetty converting a left-footed effort from close range, it was not the best of connections, but it still had enough to find the bottom corner, and now the Poles fancied their chances of going onto win this one.

Linetty could have had a second of his own when he connected with a cross from the right, but his first-time effort was straight at keeper Dubravka, and then Poland saw Krychowiak sent off with half an hour to go for a second yellow, meaning the Poles would have to play the remainder of the contest with a man less.

And they made that extra man count seven minutes later and netted what proved to be the winner when centre half Milan Skriniar controlled and fired home a terrific effort, a centre forward would have been proud of that and it was a fitting goal to win any game, and it handed the side ranked 36th in the world rankings a shock win.

It was a tough defeat for the Poles who had reached the Quarter Finals of the 2016 competition, and they now need to beat Spain or Sweden to have a realistic chance of getting out of this group, whereas the Slovaks have given themselves a big chance of reaching the last 16 after a famous win here.

After that stunning result for Slovakia, it was time to head over to Seville for Spain’s match against Sweden in the late evening kick-off…

Spain did everything in this one but score as Sweden came away with a very hard-earned point, the Spanish had 85% of the possession and created enough chances to win this one but found keeper Robin Olsen or poor finishing in the way of netting and getting their campaign off to a winning start.

It has hardly been a perfect build-up to this tournament for Spain, Covid-19 meant the entire squad had to self-isolate in the days leading up to the competition, meaning they hardly trained with each other, and the final warm-up had to be played by their Under-21 squad, so not the best preparation.

But they still managed to play some nice attacking football as the game resembled largely attack vs defence for the majority, and they saw a close-range header from Dani Olmo well saved by Olsen, and then after a slip from Marcus Danielson saw Alvaro Morata in on goal, he could only curl an effort wide of the far post.

Koke could only slice wide from inside the box before a long-range effort saw Olsen parry and just about get the ball away before anyone could follow in to score, but for all their defending, Sweden so nearly grabbed the lead when Alexander Isak managed to fire an effort at goal which hit Spanish defender Marcos Llorente and then thumped against the post before ending up in the grateful arms of Unai Simon.

Isak then fashioned the only other chance that Sweden created which came early in the second period, but what a chance it was as his skill managed to see him create space and fire across goal for strike partner Marcus Berg who somehow managed to steer a shot from point-blank range wide of the far post, it was a huge let-off for Spain.

Apart from these two moments though it was all Spain in terms of attacking but try as they might they could not find a way through a stubborn Swedish back line led by Victor Lindelof managed to keep them at bay and prevent them from getting the win. Had Spain had a finisher they would have won this game, but they lacked that cutting edge in front of goal and that cost them in this one, still, it is a point, nonetheless.

It all means that Slovakia tops the group after one game, which no one saw coming, the second round of fixtures sees Sweden take on Slovakia in St Petersburg on Friday afternoon, before Spain welcome Poland to Seville the following day in the late evening kick-off, and on the evidence of today’s action, this could be quite an interesting group to watch. 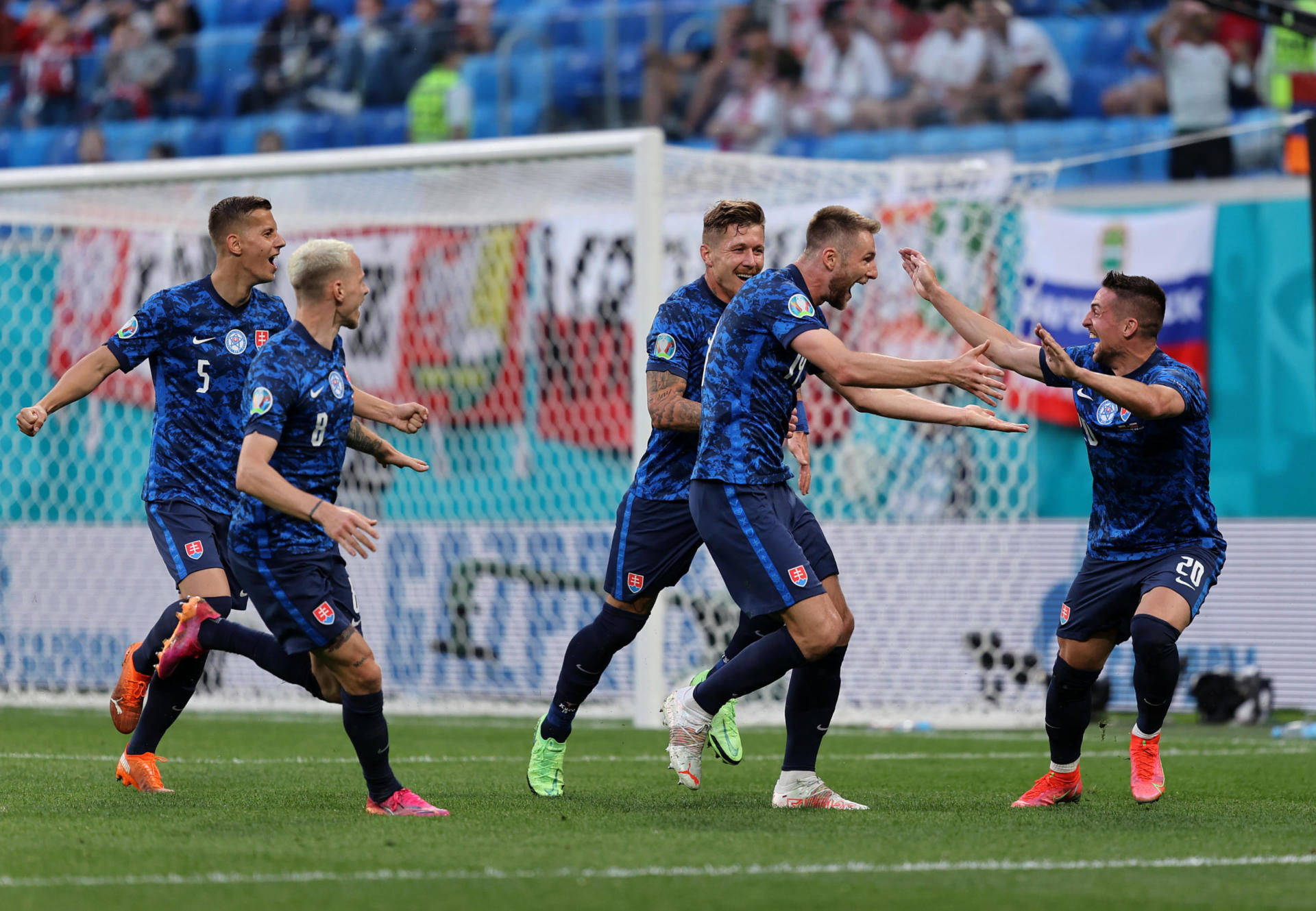